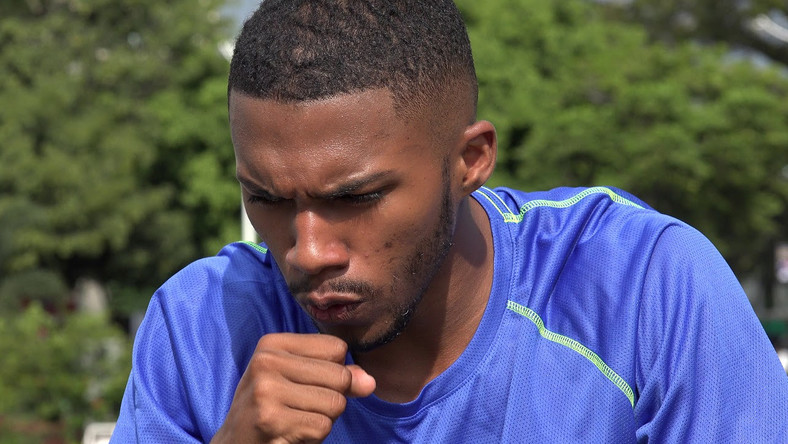 From blood in the urine to ‘man boobs’, there are a host of signs that things aren’t quite right in the male body. And sometimes seemingly everyday symptoms can be a sign of a more serious disease. For example, heavy drinking may be a sign of depression, while problems performing in the bedroom is an early indicator of heart disease.
Here, experts reveal to MailOnline the nine health symptoms men should never ignore…
1) ERECTILE DYSFUNCTION
Could be: Heart disease Doctors are increasingly warning that erectile dysfunction can often be an early warning sign of heart disease.
‘The body needs a good blood supply for an erection – and erectile problems are actually a very clear barometer of cardiovascular health,’ said Raj Persad, a urologist at Bristol Royal Infirmary.
Heart disease occurs when the arteries leading to the organ become clogged with fatty deposits, meaning they are thick and furred. But this effect is seen even more quickly in the vessels carrying blood to the penis. “That’s because the penile arteries are smaller than coronary ones, so become furred up faster,” Dr. Persad said. Cardiologist Graham Jackson, of the Sexual Advice Association, told MailOnline that a man with erection problems will usually develop a heart problem within three to five years. ” A man in his 40s with erectile dysfunction has a 50-fold greater risk of having a heart attack over the next ten years. It’s actually a predictor of death rather than simply heart disease. There isn’t a risk factor higher on this planet.”
Meanwhile Australian research showed that even in apparently healthy men, slight or moderate erection problems could signal trouble ahead. The condition increased the risk of heart attacks, heart failure and arterial disease in men aged 45 and over with no previous history of heart conditions. Experts say men experiencing any degree of erectile dysfunction should seek medical help. 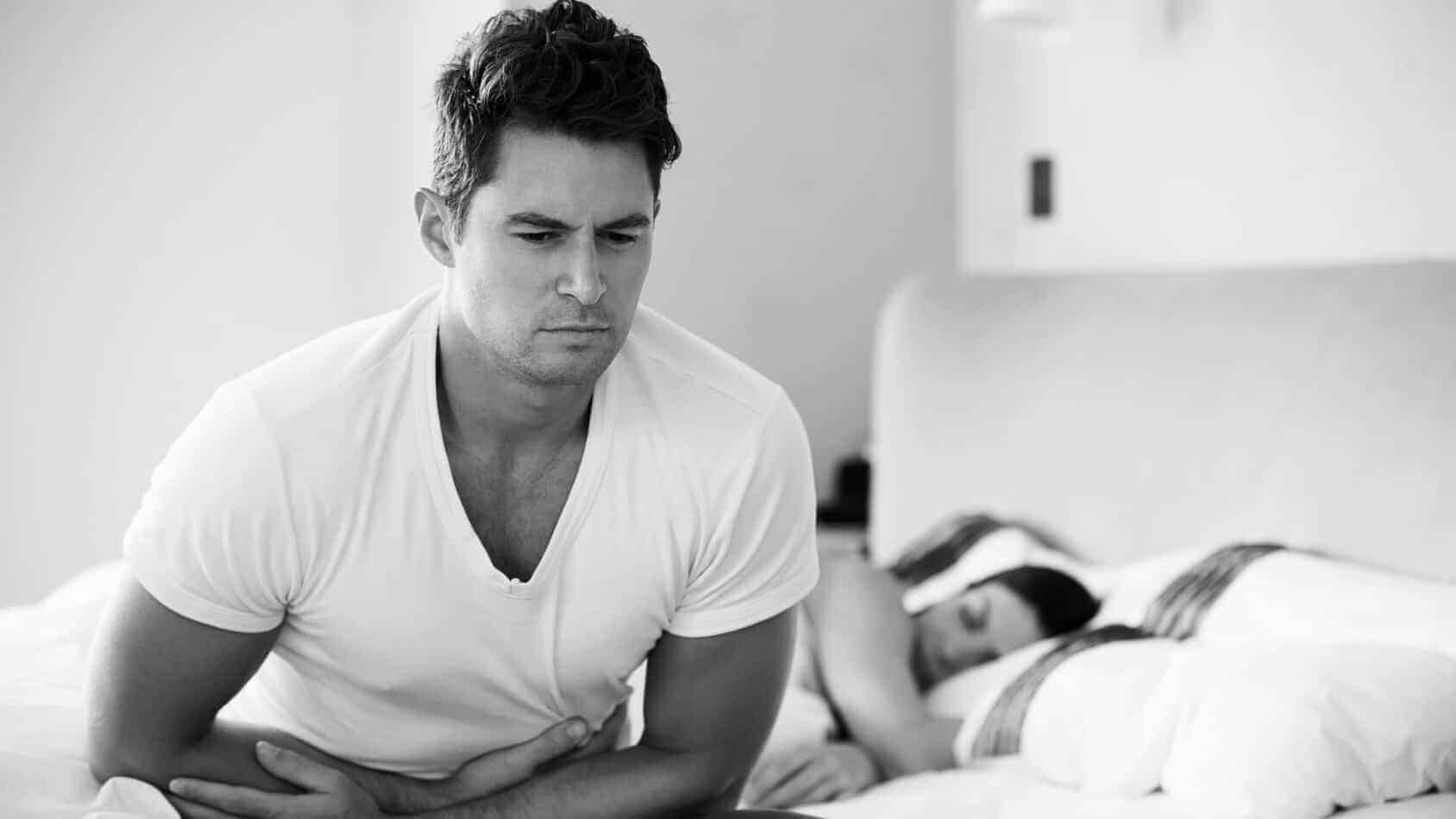 2) DEVELOPING ‘MOOBS’
Could be: Hormone imbalance In most cases, if men develop what appear to be breasts, it is not breast tissue but fatty tissue, which has grown because they are overweight. “They need to lose weight and drink less beer,” said Professor Ashley Grossman, an endocrinologist from the University of Oxford.
However, sometimes men do form breast tissue, and in this case the condition is known medically as gynaecomastia. It is caused by an imbalance between the hormones testosterone and oestrogen, he explained. Oestrogen causes breast tissue to grow, but normally men usually have much higher levels of testosterone, which stops the oestrogen from causing this to happen.
But if the balance of hormones changes, this can cause a man’s breasts to grow. Oestrogen drugs are available, but they do not work well, he added.
As a last resort, there is a simple plastic surgery operation that can be done to remove the breast tissue, but after it is explained the condition will go away on its own, most people do not opt for it. In grown men, ‘moobs’ are a sign the testicles are not working properly.
3) NEEDING THE LOO IN THE NIGHT
Could be: Prostate cancer, enlarged prostate If you are rushing to the toilet in the night, it could be a sign of an enlarged prostate or prostate cancer, according to Prostate Cancer UK. The prostate is a gland the size and shape of a walnut whose main role is to make semen, the liquid that carries sperm. It lies underneath the bladder, and so if there is any change in the size of the gland, it can affect a man’s urination habits as it presses on the urethra, the tube through which urine flows. The charity warns men to look out for symptoms like include needing to go to the loo more often than usual including needing to rush to the toilet and leaking before arriving. Having difficulty peeing, straining or taking a long time to finish urinating or having a weak flow when urinating or feeling as though the bladder is not fully empty could also be signs.

4) NO SENSE OF SMELL OR A CHANGE IN LIBIDO
Could be: Problems with fertility “If they notice a change in their libido, that could be an endocrine [hormonal] problem,” said Mr. Michael Dooley, a consultant gynaecologist at Poundbury Clinic at King Edward VII’s Hospital. It could be indicative of hypogonadotrophic hypogonadism, a condition where, in men, the testicles do not produce enough male hormones. This leads to a lack of sex drive, and fertility problems, he explained. “A lack of smell is another sign that the testicles aren’t working properly,” he added. Lack of smell, or anosmia as its known medically, is associated with Kallman’s syndrome, a similar genetic disorder in which the lack of male hormones leads to delayed puberty.
5) LUMP IN TESTICLE
Could be: Testicular cancer Lumps and swellings in the testicles are a relatively common symptom in boys and men. The majority of lumps and swellings are caused by benign (non-cancerous) conditions that may not need treatment. However, a lump could be a sign of testicular cancer, which affects nearly 2,000 men each year in the UK and is the most common cancer in men aged 20 to 35. Men who notice a lump or abnormality in their testicles should see their GP, doctors advise. This is because treatment for testicular cancer is much more effective if the cancer is diagnosed early. 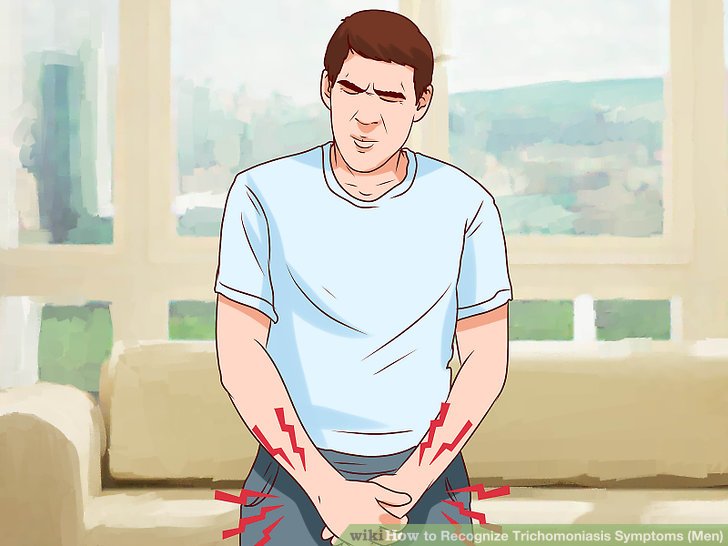 6) BLOOD IN THE URINE
Could be: Bladder cancer Blood in your wee is the most common sign of bladder cancer, and is usually painless. Every year in the 500,000 people are diagnosed with this form of the disease, half of whom will die from it. Most cases of bladder cancer appear to be caused by exposure to harmful substances, which lead to abnormal changes in the bladder’s cells over many years. Tobacco smoke is a common cause and it’s estimated that half of all cases of bladder cancer are caused by smoking. Chemicals previously used in manufacturing – now banned- are also known to cause the disease. Other symptoms to look out for include needing to go to the loo frequently, urine infections that keep coming back, tiredness, lower back or abdominal pain and weight loss for no obvious reason. Men with any of these symptoms should go to the doctor immediately. Although it is likely they are due to a problem that is not cancer, like haemorrhoids or a urinary infection, a doctor will be able to investigate.
7) DRINKING HEAVILY
Could be: Depression In men, depression does not always display itself in the way that we might think. Classical symptoms include tearfulness, waking up early in the morning and other sleep disturbances, and experiencing loss of pleasure. But men are more likely to have a ‘front’ and their depression may not manifest itself in these ways, says Dr. John Chisholm, a former GP and chair of the Men’s Health Forum. 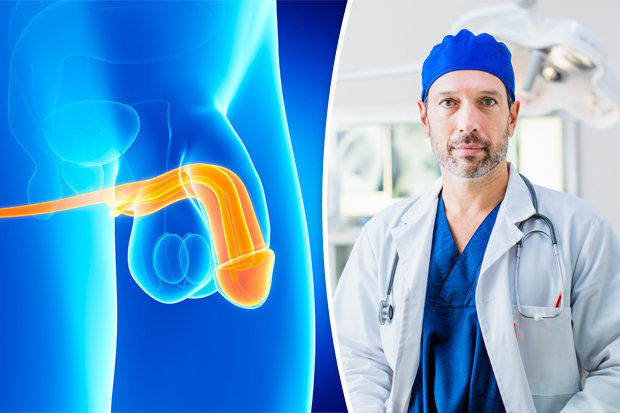 8) PAIN IN THE BIG TOE
Could be: Gout Gout is three to four times more likely in men than women. And it is even more common in older men, with 1 in 7 older men affected, compared to 1 in 16 older women. A type of arthritis, gout occurs when crystals of sodium urate form inside and around joints. It happens due to a build-up of uric acid, a waste product made in the body every day, in the blood.
If you produce too much uric acid or excrete too little when you urinate, the uric acid builds up and causes tiny crystals of sodium urate to form in and around joints.
These hard, needle-shaped crystals build up slowly over several years without the person knowing. Eventually, some may spill over and inflame the soft lining of the joint, causing pain and inflammation.
Some crystals pack together to form hard, slowly expanding lumps of crystals, which damage joint cartilage and nearby bone, eventually leading to irreversible joint damage. The joints then become intensely painful and stiff when used. Symptoms usually occur after the age of 30 in men.
9) LUMPS AROUND THE NIPPLE
Could be: Male breast cancer It’s not only women that get breast cancer, around 350 men a year in the UK are also diagnosed with the disease, according to Breast Cancer Care.
Many people don’t know that men can get breast cancer because they don’t think of men as having breasts. In fact, men have smaller amounts of breast tissue around their nipple, where can, on rare occasions, tumours can develop.
Lumps, often painless, close to the nipple are the most common symptom, although they can also occur away from the nipple. A tender or inverted nipple, or discharge, which is often blood-stained, are other signs of the disease as well as swelling in the chest or ulcers forming in the area.
Most men who get breast cancer are over 60, although younger men can be affected. The sooner breast cancer is diagnosed and treated, the better the outcome, so it’s important to get any symptoms checked out as quickly as possible. THE LINK BETWEEN BALDNESS AND PROSTATE CANCER
Male-pattern baldness – the most common type of baldness, which affects around half of all men by the age of 50. But a US study, published in the Journal of Clinical Oncology, found that those who lose hair at the front of their heads and have moderate hair-thinning on the crown were 40 per cent more likely to develop a fast-growing tumour in their prostate than men with a full head of hair. The researchers said both prostate cancer and male pattern baldness could both be caused by higher levels of male sex hormones and their receptors. Male pattern baldness, which tends to run in families, is linked to higher levels of circulating hormones such as testosterone. These cause hair follicles on the head to become thinner, weaker and eventually stop producing hair. Prostate cancer is also fuelled by testosterone, suggesting a common denominator.