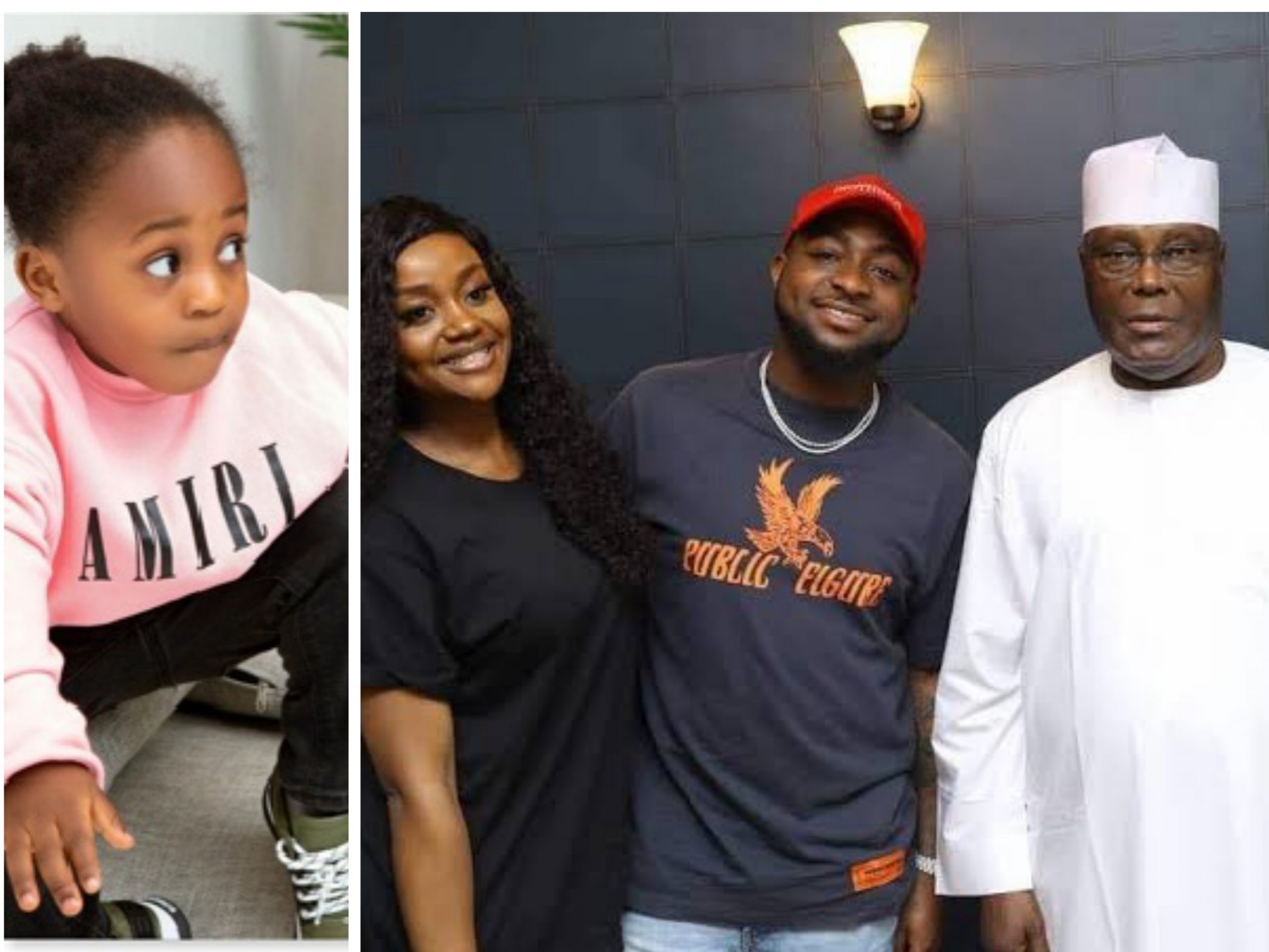 The presidential candidate of the Peoples Democratic Party, PDP, Alhaji Atiku Abubakar, has sent his condolence to David Adeleke, also known as Davido, and the Adeleke family over the death of their son, Ifeanyi.

Recall that Ifeanyi was said to have drowned in a swimming pool, leading to his untimely death late yesterday.

The spokesman of the Lagos State Police Command has confirmed that a preliminary investigation is currently ongoing to unravel what led to the boy’s death.

Meanwhile, Atiku has taken to his verified Facebook page to express his condolences.

He wrote: “My thoughts and prayers are with Davido and Chioma and the Adeleke family at this time. I pray for God to strengthen and comfort them”.
Source – Daily Post Following the demise of Ifeanyi, the son of Afrobeats superstar Davido, the Peoples Democratic Party (PDP), Osun State has suspended political activities for the week.

Davido, who is the cousin to Osun Governor-elect Ademola Adeleke, reportedly lost his son after he was drown in a poll in Lagos State.

A statement by Osun Caretaker Chairman of PDP, Dr Adekunle Akindele, expressed sadness over the incident and prayed with the family for God to console them.

“Following the death of Ifeanyi, all party activities are hereby suspended to commiseration with the family of Adeleke.

“We mourn the sorrowful exit of our son, Ifeanyi. We pray for the repose of his soul. It is a sad day but we remain steadfast in our faith in the Lord of the Universe.

“Our condolence goes to Davido, our youth ambassador. We commiserate with our father figure, Dr Deji Adeleke and the entire Adeleke family. We pray the good Lord grant the family the strength to bear this irreparable loss,” the statement reads.
Source – The Nation

Takeoff: Dead at 28 … Shot in Houston Takeoff, one-third of Migos, is dead after an early morning shooting in Houston … TMZ Hip Hop has confirmed.

Law enforcement sources, and multiple witnesses, tell us the fatal incident went down shortly after 2:30 AM … that’s when cops got the call for a man shot at a bowling alley called 810 Billiards & Bowling Houston.

We’re told Takeoff and Quavo were there playing dice when an altercation broke out and that’s when someone opened fire, shooting Takeoff … either in the head or near to his head. He was pronounced dead on the scene.

TMZ Hip Hop has obtained footage from the scene, and you can see Quavo — in an orange shirt — and others gathered around Takeoff. At first they tried to move him, but then put him back down, and Quavo yelled for someone to get help.

Police tell us 2 other people were shot and were taken to the hospital in private vehicles. It’s unclear what their conditions are. Quavo was not injured.

Just a couple of hours before the shooting, Takeoff posted a selfie from the bowling alley. Quavo had posted video earlier in the night, driving around Houston with Jas Prince, who was celebrating his birthday.
Source – TMZ