Man Gets Stuck Inside Married Woman 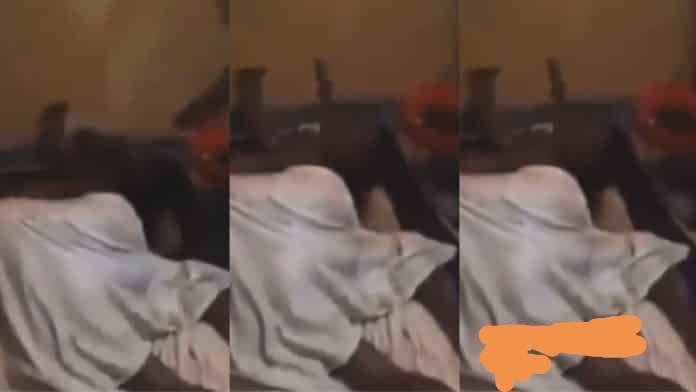 A guy in his late 20’s who is believed to be a sugar boy has got himself in trouble after he got his manhood stuck in a married woman during a hot sexual session.

According to reports, the guy had sneaked into the married woman’s apartment during the absence of her husband  to continue with their bedroom activities. Unluckily for them this time around, the guy got stuck in the woman during intercourse.

After failing to disengage, they began yelling for assistance as reality and inevitable shame had befallen them.

The married woman’s husband who was obviously at work was called by his flat-mates to come and witness what had happened while he was away from home.

It took the intervention of a native doctor for the two to be separated.

Check out the video below