Moment WhiteMoney Removed His Shoe For A Fan In Lagos 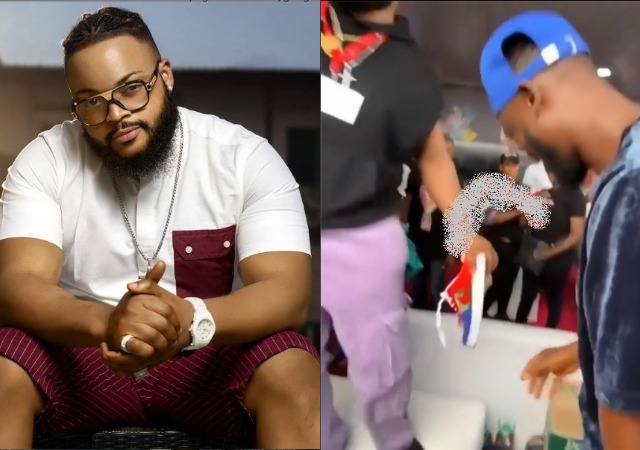 Winner of season 6 of the Big Brother Naija Reality show, Whitemoney has melted the hearts of people following what he did recently. People were moved by the kind act of this young man as they regarded him as a person with a good heart.

White money gave the footwear to the fan and he wore it immediately. The duo hugged each other.

The reality star is undoubtedly loved by many people who often refer to him as ’King of the street’ following the type of lifestyle he exhibits. Reacting to the video, many people praised Whitemomey for what he did and for being honest with his lifestyle.