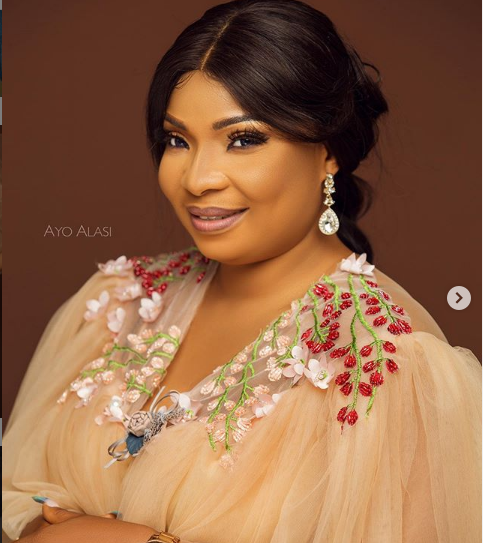 Nollywood actress and producer, Laide Bakare is in a celebratory mood as she clocks  a new age on October7, 2019.

Laide Bakare is known for her outstanding roles in Yoruba movies. She was born on October 7, 1980 and hails from Oyo state, a southwest part of Nigeria. She has featured mostly in Yoruba Indigenous movies among them; ‘Jejere,’ ‘Enu Opemi,’ ‘Money Bag’. The proud mother of three is currently married to Alhaji Omoboriowo, and they both have two boys together.

Laide posted several photos and videos on her Instagram page to celebrate her special day. One had the caption, “Exactly OCTOBER 7th, A QUEEN WAS BORN. IT’S MY BIRTHDAY #THANKFUL.”

AWWWW ??? HAPPY BIRTHDAY TO ME AND MY BIRTHDAY MATES ALL OVER THE WORLD ?????

Check out more stunning photos below: