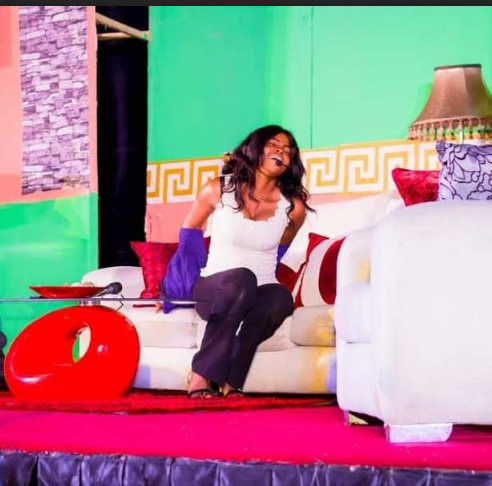 Domestic violence refers to violence, abuse and intimidation between people who are are currently or have previously been in an intimate relationship. The perpetrator uses violence to control and dominate the other person. This causes fear, physical harm and/or psychological harm. Domestic violence is a violation of human rights.
This gave birth to the play Unbroken written by Peter Ogwara as directed by ever blazing actor, choreographer, dancer and director, Daniel Kpodoh.

The play which had in attendance top list entertainers and fun seekers on freeze Sunday  July 14, 2019 in the Garden city of Port Harcourt at the popular event centre the Arena, held fun seekers spell bound with perfect artistry display by the Active Theatre House alongside some Port Harcourt based A- list entertainers.
Kpodoh’s depth and creativity as a director pulled out characters from the scripted drama, reeling out action after action with master strokes unto an audience that had been entrapped in suspense and thrill. Mr Dan Kpodoh had carefully selected these A-list dramatists to deliver this sterling performance hinged on domestic violence that has kept the ripples alive, so many days after.

Commenting on the stage play, Mrs. Ibim Semenitari, an international award winning journalist summed her experience after the show thus: “I watched the play Unbroken written by Peter Ogwara and directed by Dan Kpodoh. Kpodoh continues to display depth and creativity as a director, bringing his characters to live. In many ways the audience find themselves relieving memories as they are transported to the stage, engaging with the performance and merging with the characters.
“The rendition of unbroken was beautiful and the acting was real with conversations flawless and unrehearsed. From the beginning we are aware that the story would be one of pain and abuse, the title and poster make that evident. Cynthia is a professional woman married into money. Her husband Mr. Douglas is a spoilt brat who is heir to his rich father’s largesse.  Cynthia is a victim of her own insecurities and her husband’s unbridled rage. Esosa, their maid gets caught in the circle of violence but makes various attempts to save her mistress.

“Eventually, Cynthia is saved when her mother in law visits and Esosa’s unbridled tongue forces a confession. And then begins the anticlimax and the flaw in the story. Douglas’s mom forces him to sign a rather unbelievable agreement with Cynthia or face being disinherited.
” He agrees to this and the tables turn ( or so we think) until Cynthia re emerges after a game of hide and seek and dressed like Douglas’s side chick does. Herein lies the twist in the tale. Cynthia’s transformation reinforces the stereotype of placing the burden of ending abuse on the woman. She is supposed to do everything to save her marriage and attract her husband. The onus to make it work is shifted to her and the man is allowed an unbridled appetite and long rope of unpardonable behaviour.
” Altogether however Kpodoh brings to us real life contemporary stories. His rendition of these stories leave much room for thought. We await the next show. Thank you for keeping our city alive.”

In a chat with  Dan Kpodoh in his word said, ” I  want to tell the story of domestic violence in my own way from the woman’s perspective”. He further said that the inspiration for the stage play  came as a result of the increased rate of domestic violence in the society. According to Dan Kpodoh, one of the greatest challenge he encountered during the production is lack of fund as the entire project was self-funded.
Also Speaking during the event a member representing FIDA Port Harcourt branch, defined domestic violence as a pattern of cohesive, controlling behavior that is pervasive, life threatening crime affecting people in our communities regardless of gender and age, she advised parents especially market women to desist from sending their unguided children to the street in the name of hawking adding that this is were they record a high level of child defilement.

One of the lead actors Mr Amaibi Ekiye who played the role of Diepriye Douglas in the stage play said that the  play is an eye opener to the society on the dangers of domestic violence. He advised men to love and care for their wives and not see them as their property. He also encourage women to speak up when domestically violated and shouldn’t wait for it to get to the extreme.
Among the Port Harcourt A-list entertainers who acted on the  night include Angel  D Laff, Kunle Tatafo, Pastor Talking Drum, Paps Kay, Robinson Akpo and Ochuko.
Dan KpodohIbim SemenitariPortharcourt