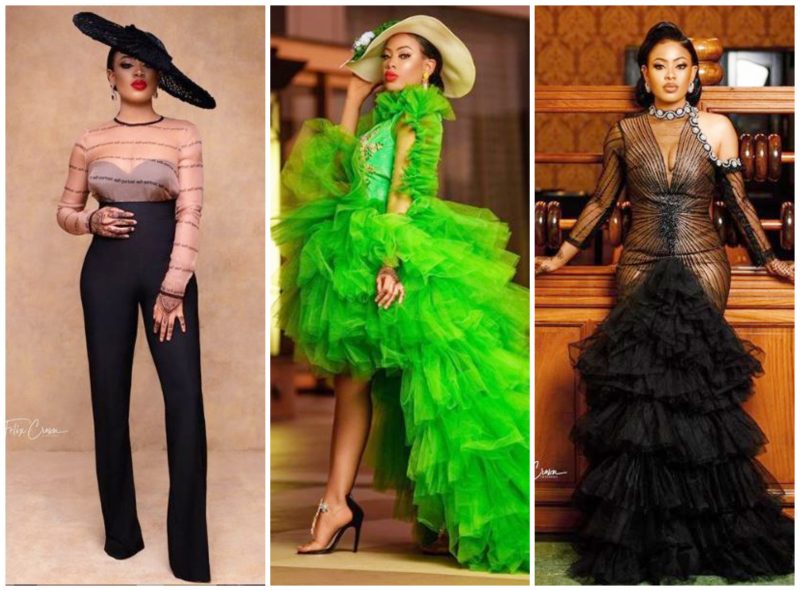 Ex-BBNaija star and fashion entrepreneur, Nina Chinonso Onyenobi popularly known as Nina Ivy turns 23 today, May 31 and she has taken to social media to celebrate.

Nina Ivy has certainly come a long way from her days as a BBNaija housemate. From being the introverted 22-year-old to becoming one of the most sort after celebs in Nigeria, it has been quite an impressive journey.

The ivory fashion entrepreneur recently turned 23 and to mark her special day, she took to her Instagram page to share some absolutely stunning photos of herself in different jaw-dropping attires.

The reality star and fashion influencer has definitely come a long way from her early days after BBNaija 2019 and this clearly reflects in her sense of style.

The once shy girl; fashion wise, has not only grown used to living her life under the public radar, she has gotten a good grip on it as well.

The fashion entrepreneur who has gathered quite a huge following on Instagram, has risen to become one of the most sorted after young celebrities in Nigeria.

In other related gist, while some former housemates were dishing out advise to hopefuls, Nina gave a hint on how to get in the house by sharing how she managed to be selected out of thousands of applicants from several corners of Nigeria.

Speaking with Sunnews, the ivory beautypreneur shared interesting details about her passion for acting, how she aced the Big Brother auditions and progressed to the house. She said she had no regrets and instead is grateful for all that she learned in the BBNaija Double Wahala house.

Talking about how she came to know about the reality TV game show, she said: “The passion to be part of Big Brother started after I watched a previous edition. I was so moved I decided I wanted to go for the show, and then, a friend sent me the audition flyer. I was so excited and I just wanted to do it. First, I went to church and committed my dream into the hands of God. In fact, I went to Shiloh, which ended on a Saturday, the day I was supposed to audition. But then, I did my auditioning on Sunday and passed. That was the first audition and the crowd was massive! I made it through the first audition in Port Harcourt and the second audition in Lagos, and then there were more auditions and I just kept going until I landed in the House.”

The BBNaija Double Wahala edition had thousands of applicants from different states in Nigeria trying to get in the house but only 20 made the cut. One of those was Nina and a lot of people are curious as to how the reserved young lady got in the house.

When asked how she got the attention of the oragniser and managed to secure a spot in the house, she said: “It was because I didn’t go there with any strategy. I went there being Nina. During the audition, they saw that I was real. I later asked one of the organisers and he said that the reason why they chose me was because I was real. You see, I was open and honest on every question they asked me. They saw the honesty in my answers. I believe that’s the major reason they chose me. Back in the House too, they asked me if I had a strategy and I said ‘no, I have none’. Truth is, I didn’t even know what my life was, so I wanted to go in there and watch my life. I went there as a plain girl that anybody could read and understand.”