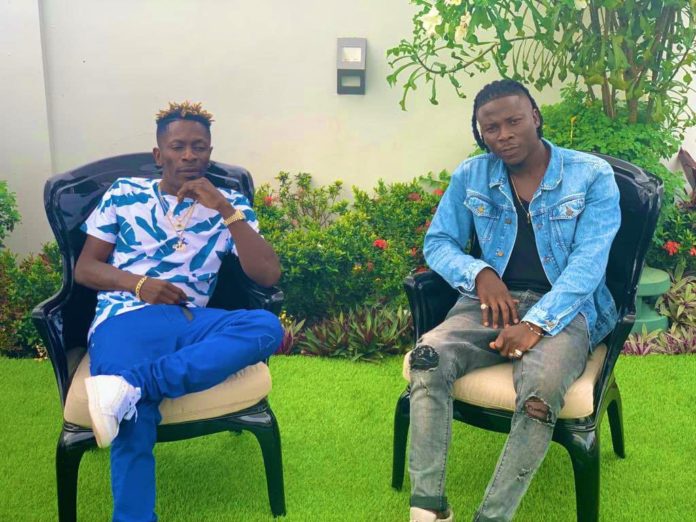 All seems to be well with top Ghanaian music acts following their ugly scuffle at the just concluded Vodafone Ghana Music Awards (VGMA) 2019.

For those on the know, Stonebwoy was crowned the VGMA Reggae/Dancehall Artiste of the year. And in his speech, he told Shatta Wale to his face that this is the fifth he’s beating him to win the award.

An unhappy Shatta Wale and his fans had got off their seats and made their way to the podium, but were stopped by Stonebwoy and his fans and that led to a brawl.

The event nearly turned bloody in the early hours of Sunday, May 19, 2019 if not for the intervention of some security operatives.

Stonebwoy was later handcuffed and whisked away.

In reaction to Stonebwoy’s action, Shatta Wale took to his Twitter account and wrote: “You pull out Gun on innocent people ..Ghana police do your work !! This is called insecurity …it’s a shame Ghana music supports this arrogant cripple !! 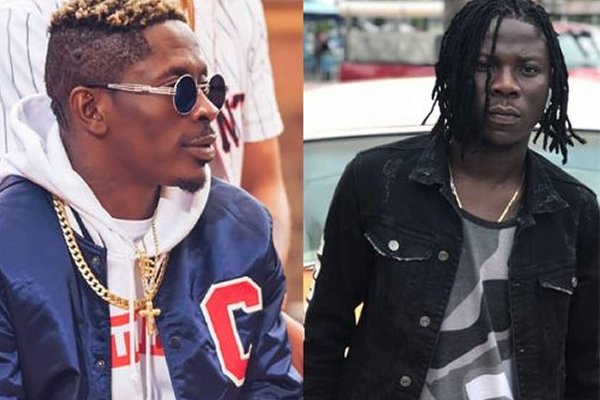 He continued; “If ghana police no collect your gun because of your trigger happy life ,I swear I will comot gun anywhere I see u and even if they cease my gun for doing that I will show you I have more guns ..Cuz you didn’t only threatened my life but the lives of people …

Imagine as you commot ,I commot ,what you feel say you cause. cuz I was told by the Law that until someone threatens to kill me with gun ,I should not take mine out …Ghana police do your work well I beg waaa cuz now sef people come give warning shots around my house 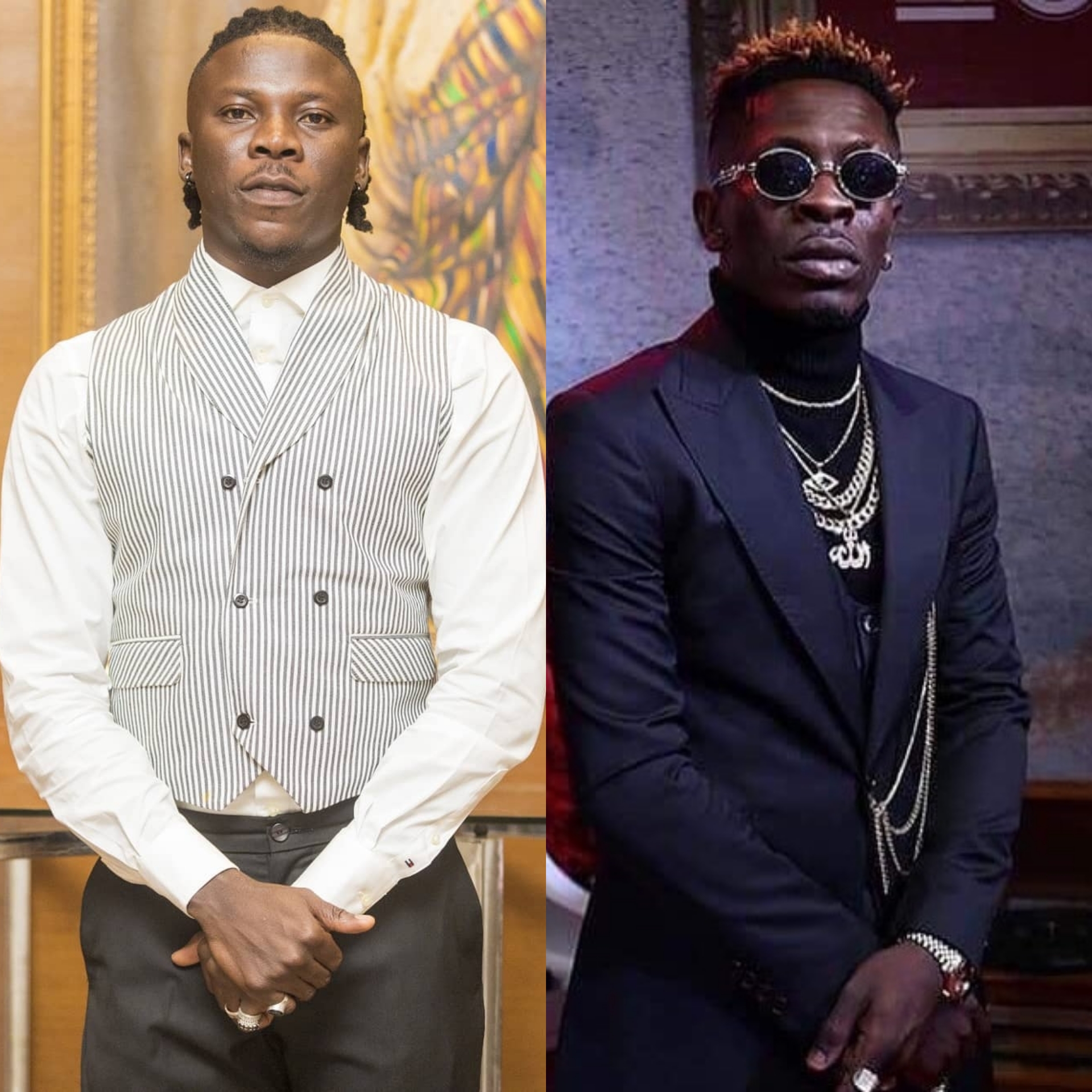 “You no get leg to run but you are causing panic in public and everybody go run leave u if that shit happens ..Even you manager won’t stand by u …he will run

“If Gh police don’t show you how to handle a gun erh . it will be nice when I meet u paa.cuz I don’t take gun out and pose.I shoot.Fool !!! Let your fans make u feel gangsta with that one leg .. it’s a disgrace I brought that demon in you for the world to see you are not an angel.”

Well, in a new development, Stonebwoy and Shatta Wale have become friends again.

Ghana Web reports that the duo met on Wednesday to make peace after the gun-pulling incident at the award show.

Yesterday, Shatta Wale shared their photo with a caption that said, “Unity is strength, Love is the key to many doors, Brotherhood is Loyalty, Peace is Freedom .. My brother and I got a great vision for Ghana music and we taking it to the world .. @stonebwoyb.”

And Stonebwoy reciprocated with a post of his own, saying, “IF it be Possible As Far It Depends On You, Live Peaceably With All Men.. Romans 12:18.”

‪Unity is strength ‬ ‪Love is the key to many doors ‬ ‪Brotherhood is Loyalty ‬ ‪Peace is Freedom ..‬ ‪My brother and I got a great vision for Ghana music and we taking it to the world ❤️.. @stonebwoyb ‬

IF it be Possible As Far It Depends On You, Live Peaceably With All Men.. Romans 12:18 The Wise Shall Inherit Glory.. But Shame Shall Be The Promotion Of Fools.. Proverbs 3:35 #GhanaFirst?? #PeaceAndUnity #LetLoveLead #MaturityAndForgiveness #BrotherHood #1GAD