WHAT?! Nollywood Actress Exposes Her Boobs As She Poses In S*xy Photos 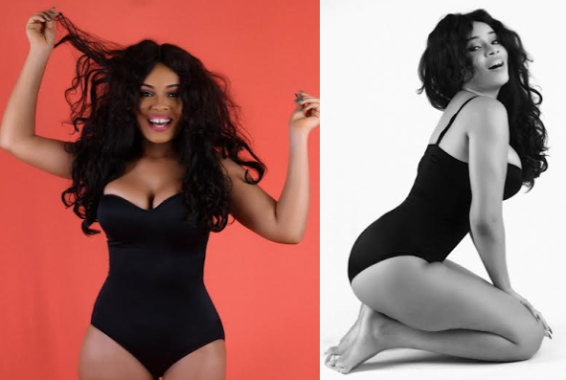 Nollywood actress, Onyi Alex has ostensibly intoxicated her thousands of followers on the internet as she dropped a set of beautiful photos described as a bombshell. Onyii Alexx looked so palatable and inviting as she rocked an alluring swimsuit which bared her cleavage in the new photos. She looked radiant in the black swimwear. The actress had posted the photos on her Instagram and captioned it thus; “I swear I can’t complain. Progress Not Perfection. It only gets better. Thankful to God for Everything.”

I swear I can’t complain ?❤️ Progress Not Perfection ? It only gets better ? Thankful to God for Everything ❤️ …….—— Outfit @highly_stylish Mua @bloomingdale07 Hair @crystalglamville Hair stylist @segungbabyface

Onyii Alexx apart from her acting skills is also beautiful and has a well-structured body which has made her sellable in the modeling sector. As expected, her latest photos have left her male fans drooling and seeking her attention. You will recall that a month ago, she had expressed that she was tired of ‘singledom’ and so she was crying out to her future hubby to locate her quick. This was as seen on her Instastory, where she shared photos of her ringless finger. She however cried out to her future husband. She does not want to be single anymore, she said. Her post is as follows: “Dear future hubby Biko I don’t wanna be single anymore.