Why was Kim Kardashian naked when Donald Trump called? 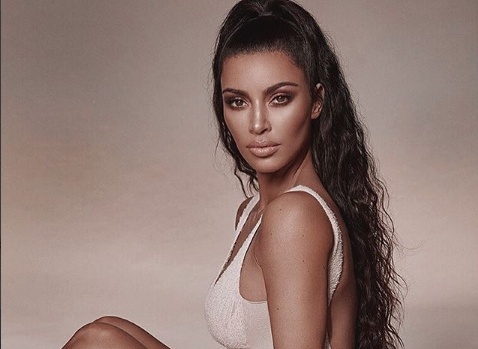 SHOP NOW! The Classic Collection is now available only at KKWBEAUTY.COM!

This, the Keeping Up With the Kardashians revealed on Jimmy Kimmel Live! yesterday. “You know what? I’m very grateful and hopeful that more good things are going to come out of our conversations,” she continued, adding, “He called me. I was at a Steven Klein photo shoot—and if anyone knows who he is, it’s pretty much a nude shoot. So, I’m naked and my phone rings and I’m all glammed up. I’m like, ‘Get me a robe!’ I was waiting for the call, not knowing when it was going to come—or even if it was it.”

We’re almost sold out of the @kkwbeauty Classic Collection Bundles! The rest of the lipsticks, liners and palettes are available now at kkwbeauty.com

“And then I had to call Alice from the shoot,” she added. “Nude.”

The mum of three further added that when she broke the news to Johnson, she broke down in tears. “I was at this photo shoot and I’m trying to not cry my makeup off. It was really emotional.”

Kimoji Fragrances almost sold out! Shop now at kkwfragrance.com Thanks North for being the best photographer and coming through when mommy needs a good promo post! #TeamWork

Kim also shared her experience of when she visited the prison. “I get a stack of letters every day that I read when I’m in glam,” she said. “I recently went to a women’s prison, because I felt like, ‘I connected to this, but I don’t have any personal experience.’ So, I wanted to go and see for myself what the conditions are and what goes on. I did feel bad. When they saw I was there, they were banging on the windows, like, ‘Kim’s here to get us out!’”

And she said a lot more.