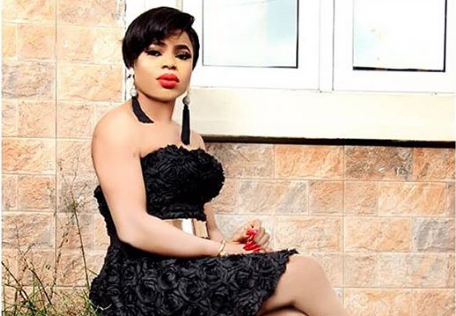 Popular crossdresser Bobrisky has given himself a new female name. Bob said his second name will now be Adufe. He explained that it means someone who is wanted by most and he likes the name. He went on to encourage his followers to feel free to refer to him as Adufelomo.

He explained that a follower suggested the name to him and he liked it so he decided to begin using the name.

Bobrisky’s gay games and the looming axe of the law

The first time Idris Okuneye, the acclaimed Nigerian cross dresser, known as Bobrisky spoke to Potpourri he blatantly denied he’s gay and claimed that he’s just another cosmetics seller who has found a bender to sell his products. That was some two years ago. But Bobrisky’s utterances, social media posts and activities have suggested otherwise.

Many have asked him to declare openly whether he’s gay or not and as a controversial person, Bobrisky, never claim or disclaim and more often than not, he has given responses that may very well suggest that his sexuality is indeed questionable “Yes, I’m gay, I’ll go to hell fire, thanks. Please, what next? I’m tired of the same words, I want to hear something new, cheers!”, he once declared when being pestered by a follower who wouldn’t take his silence on the issue of his sexuality for an answer. This statement led to his arrest. In another post which was deleted on his privatized Instagram page, Bobrisky, captioning a photo of himself, said the way he dressed, is the way you dress when you’re on a date with a “minister”.

Although not an open declaration of a gay but many thought no straight person could have made such a comment with such suggestive picture. In another post, Bobrisky called himself a wife, posting “ “When your bae gets you a house and treats you as a good second wife… Also buys you a Benz to enjoy life. Thanks bae”. There have been questions over what he means by ‘bae’ which is normally a pet name for a lover. He is a male, so, why would he become a second wife? It is another question the male Barbie, as he is called has raised over his sexuality.