Why Nollywood actress Chika Ike prays before going on Instagram 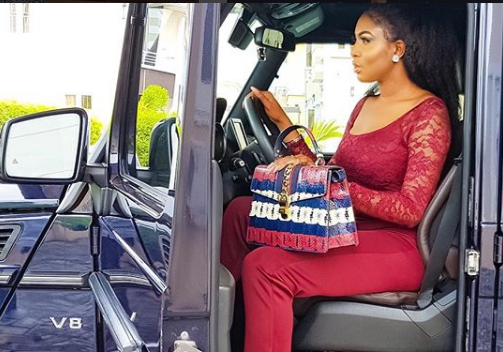 Nollywood actress Chika Ike has revealed that she normally says her prayers before visiting popular social media platform, Instagram. Ike, who recently became an author said that she was aware the negativity spreading all over the Internet, especially on Instagram, had the ability to spoil one’s day.

“Instagram can spoil your day if you are not careful or strong. There is so much negativity in the world right now; so, you have to guard yourself with prayers. There is a need to start your day in a positive light and when you pray, your day has started positively,” she added.

Speaking on why she wrote a book on her failed marriage and father’s rejection, she said God deliberately made everyone to go through certain things in life so that one could learn and share. The actress said, “If you go through a lot of things and you are not willing to share, you’ve not achieved the purpose of God for your life. People will always have their perspectives about life and they talk about the dead too. I have gone through the phase of being scared or afraid of being judged by the public. I am learning every day to focus on myself; I cannot control anyone’s thoughts. I was rejected from birth by my father and I addressed it in my new book.”

In the said book, Ike also stressed the role her mother played in her life before she died. “Before my mother died three years ago, I had a discussion with her in the hospital.  She wanted to know when I would publish my book; she was once an author too. I told her I was scared and she told me to tell the truth,” said the actress.

Summer flames ??. You can be anything you want to be . Boss up and live your best life #bossup #amazon #barnesandnoble #jumia #okadabooks

“When she died, I lost myself for two years and I did a lot of therapy to get myself together. I was so attached to my mother and I didn’t want to disappoint her because she gave me her last word. My mother’s death made me understand that life is too short and we don’t have much time on earth. We don’t know how tomorrow would be; so, the earlier we started achieving our set goals, the better for us. It took me seven years to write my book because I was afraid to share some private things about me at some point. ”

Chika Ike began her film career in 2005 when she played a minor character in the movie Sweet Love. She got her first major role that same year in a movie titled Bless the Child and has since played major roles in over a hundred movies, such as Paradise, Mirror of Beauty, To Love a Stranger, Girls Got Reloaded, Happy Ending, Yes We Will, Anointed Queen and The Prince and the Princess.

BOSS UP! Press conference was AMAZING. Thanks to my wonderful team, you blew my mind away ??❤️.Thanks to all the Journalists, fans and media houses present, I enjoyed talking to you all. It was a huge success ??.God bless you all ❤️?.#bossup #book#presslaunch #pressconference #booklaunch outfit @nonnisticsfashion

In 2007, Mirror of Beauty was shown in Cineworld and Odeon cinemas across the U.K and in 2008 It was selected and screened at the Cannes film festival. She founded her production company – Chika Ike Production, in 2014, and produced her first movie Miss Teacher and her reality TV game show African Diva Reality TV Showof which she is the executive producer, host and a member of the judging panel. The first season aired on DStv and the second season aired on AIT. In 2015, she collaborated with Rok Studios to produce movies like Happy Ending and Stuck on You.

Ike established the Foundation Help the Child which is aimed at helping poor children. In 2012 she threw a street party where she hosted over 3000 children, feeding them and giving out toys, school bags and writing materials. Every year she organizes a major charity event for the children on the street, provides scholarships, and provides them with school writing materials. Ike founded her fashion line Fancy Nancy and launched it in Abuja, Nigeria