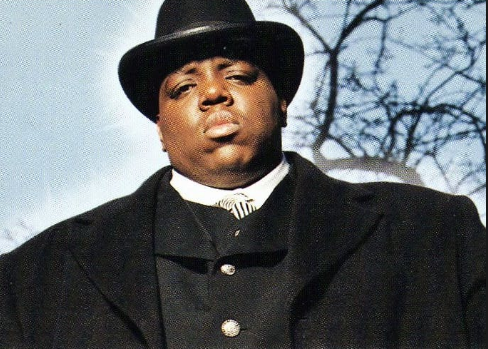 Faith Evansand Stevie J are this close to becoming Mr. and Mrs. Jordan as they’ve applied for a marriage license in Las Vegas.  According to docs, the singer and producer filed for the license in Clark County on Tuesday. The clock’s now running, they have one year to tie the knot. But it seems like they won’t need that long — Stevie tweeted Tuesday, “I love you Faith Renee Jordan,” and Faith replied, “I love you back Steven Aaron Jordan.” The couple had broken up last year but, you know what they say, break up to make up. The news comes on the heels of a steamy clip Stevie J posted last week from a music video he and Faith shot for their track, “A Minute.” They had also been flirting on Stevie’s show, “Leave It to Stevie” … but this is a big turnaround for him.

It was earlier reported that Stevie J got a get out of jail free card from a judge, even though prosecutors were gunning to lock him up. According to the U.S. Attorney’s Office for the Southern District of NY, the ‘Love & Hip Hop’ star was pardoned from serving any prison time despite repeatedly failing to pay back child support and violating his probation from a 2017 plea deal. In addition to not giving him any prison time we’re told the judge took Stevie off of supervised release. So, he’s completely free. he was still on the hook for the $1.3 million he owes in back child support and will have to work with the feds’ Financial Litigation Unit to square up the massive debt.

Happy Fathers Day my guy. Love you much! @dorian_j1

This would be Stevie’s first marriage and Faith’s third. Meanwhile, Stevie J has been dating Joseline Hernandez, the former LHHATL star who took to Instagram to react to the news about her ex’s wedding — and of course, the Puerto Rican princess threw some major shade. Joseline shared a screenshot of a text message conversation between her and a person who was saved under “A–hole” in her phone — and judging by the nature of their convo, it seemed like that person was Stevie. The messages were dated on June 17, and Stevie allegedly wrote “Will you marry me?” and Joseline responded, “I’m actually trying to marry someone else I really like. I’m sorry. I tried it with you. I’m liking some one else a lot.”

Faith Evans was previously married to the Notorious B.I.G. and Todd Russaw, whom she divorced in 2011.  The 37-year-old  filed for divorce from music executive Todd Russaw on May 17 in Los Angeles County, after almost 14 years of marriage. Citing ‘irreconcilable differences’ in court papers, the soul music songstress also requested custody of the two children the couple have together, Joshua and Ryder.  Faith and Todd married in 1997, but according to the divorce petition, the couple separated in December of 2005. The 2005 date has raised several questions, because Ryder was born in 2007. The Soon As I Get Home singer is asked for joint legal and sole physical custody with Todd having visitation rights. She also asked the court to reject any claim of spousal support. According to The Detroit Press and public records, the IRS filed a $36,360 lien against Faith March 4 in New York. Before that the IRS filed a $119,821 lien against her on February 16 with the Los Angeles County Recorder of Deeds for her home.

Stevie and Faith have a long history together. They’ve known each other since the 1990s when Stevie worked as a producer for Faith’s late husband, hip-hop legend Christopher “Biggie Smalls” Wallace, and they were first romantically linked at some point after Biggie’s 1997 death, according to reports. They linked back up together in 2017 when Stevie worked on some music with Faith after his 2016 split from Joseline — and Joseline gave birth to her first child, daughter Bonnie Bella, with Stevie later that year. But even though Stevie and Faith split up in March 2017, they apparently have worked through their issues and Stevie even starred in Faith’s latest music video where the couple filmed sexy scenes together. Congrats to the happy couple!