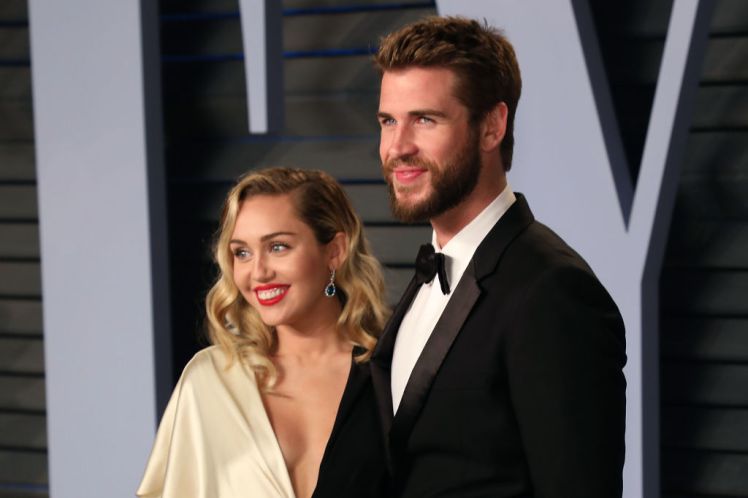 Miley Cyrus and Liam Hemsworth warmed hearts worldwide when they rekindled their relationship – and engagement – in 2016 after three years apart. However, it seems the nuptials may be called off yet again. Reports claim that Miley, 25, has called off her wedding to her 28-year-old fiance as they can’t agree on when to have children. A source told OK! Australia that Hunger Games star Liam was ready to settle down and have children with Miley, but the Wrecking Ball singer wasn’t ready to become a mum.

Miley Cyrus recently deleted her Instagram account and blacked-out her entire online presence—prompting fans to speculate that a new era of music was upon us. But now the internet is abuzz (which is code for all-caps FREAKING OUT) with rumors and tabloid “reports” that Miley and her boyfriend Liam Hemsworth have parted ways. These reports should be taken with way more than a grain of salt (try, like, several thousand grains), but basically they claim Miley wasn’t quite ready to settle down and have kids—while Liam was. And as you can imagine, fans on Twitter are in full meltdown mode.

The source told the magazine: ‘He wants kids and doesn’t want to keep putting it off but it’s not quite the timeline Miley had in mind… he is left heartbroken. ‘Miley put off plans for the wedding and Liam was growing tired of it… They haven’t been getting along in recent months.’ They added that Miley ‘didn’t really want to get married’, and claimed that Liam’s family had been ‘begging for him to see the light for a long time’. Miley and Liam met on the set of 2010’s The Last Song, and announced they were engaged in May 2012.

My little angel and I.

However, they split up the following year and went on to date other people – Miley dated Patrick Schwarzenegger and Stella Maxwell, while Liam was linked to Maika Monroe and Eiza Gonzalez. However, the lovebirds couldn’t stay away from each other and reunited in 2016. Liam insisted that he had no regrets about taking a break from Miley, telling GQ Australia: ‘Of course it was hard, man. But at the time we were going in different directions and it’s just what needed to happen. ‘We were both super young and it was a good decision at the time – we both needed that.’

Despite getting re-engaged, Miley last year said she was in no rush to tie the knot, telling The Sun: ‘I don’t envision marriage. I’m 24. I hope I get to live a little bit more. I have too much living to do [before I get married].’ Bizarrely, Miley recently deleted every post from her Instagram account. The last picture Liam shared of the singer was back in March. Look, a Miley and Liam breakup truly would be a curveball from Summer 2018, otherwise known as the summer of celeb love, but if it makes you feel better a Miley fan account claims the pair were spotted at the airport recently. Plus, there’s the fact that neither of them have confirmed rumors of a split. So let’s all rest easy! Or, easy-ish.