Diddy or Jayz? Top 5 richest rappers in the world in 2018 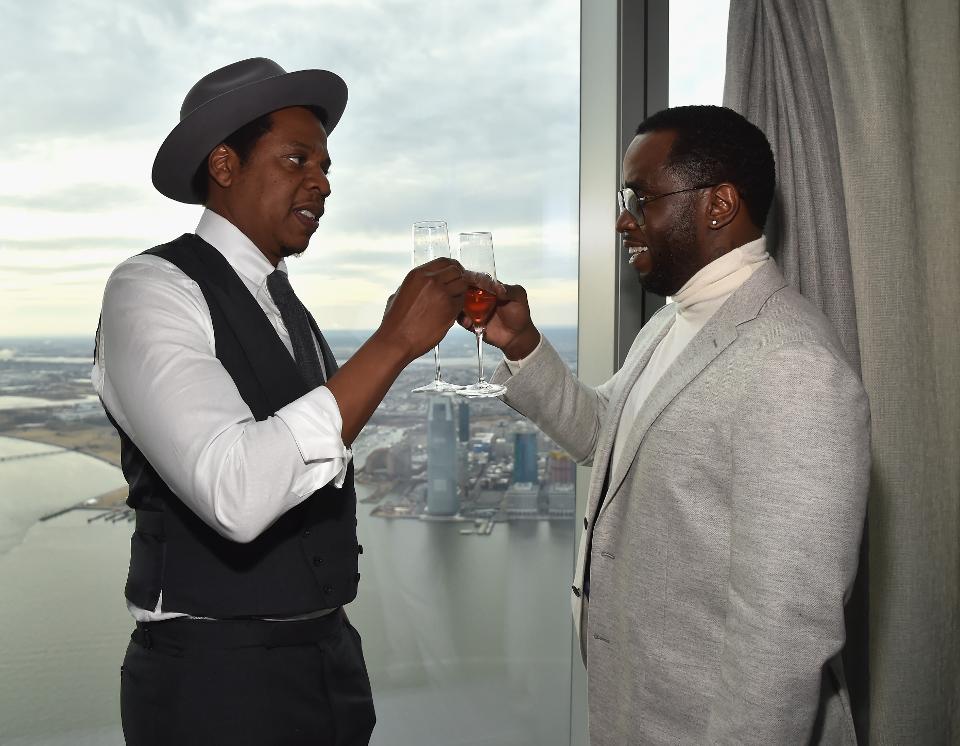 A little friendly competition never hurt anybody, and in this edition, it’s the battle of Sean “Diddy” Combs versus Shawn “Jay-Z” Carter. The longtime industry pals have again topped the 2018 Forbes Five ranking of the wealthiest hip-hop artists, but this year, Mr. Carter finally gave Mr. Combs a run for his money (literally). After holding down the No. 1 spot since the list’s inception in 2011, Diddy was knocked to the second-richest rapper, thanks to Jay-Z’s profitable ventures in various alcoholic brands as well as lucrative music ownerships. While “liquid” assets and entrepreneurial gains propped up several of hip-hop’s five wealthiest, it’s also worth taking a look at how each of the artists are intertwined with footwear.

This year marks history for Jay-Z, as it’s the first that he’s claimed the Forbes title as hip-hop’s wealthiest artist. He upped his net worth from $810 million to $900 million on account of his interests in Armand de Brignac champagne and D’Ussé cognac, as well as his Roc Nation record label and Tidal streaming service. While Carter is not signed with any shoe brand, his “4:44 Tour” last fall — which became his highest-grossing solo tour, raking in $44.7 million — was sponsored by Puma. The rapper sported shoes from the brand throughout the tour and even released an exclusive collaborative sneaker, the 4:44 PUMA Clyde. Though Jay-Z’s smooth $900 million has him holding the crown this year, the race to be hip-hop’s first billionaire marches on for them all.

I’m looking for GREATNESS ONLY!!!! When you step on #TheFour stage you need to give it EVERYTHING!!! Embrace the moment! Tune in at 8PM EST on FOX. To be the best you have to beat the best!!!!!! @thefouronfox @djkhaled @fergie @meghan_trainor

Though he lost his top ranking with the Forbes Five, Diddy still increased his overall net worth this year. He saw growth out of his joint venture DeLeón tequila, which helped contribute to the $825 million (up $5 million from last year) that landed him in second place. Diddy’s most obvious foray into fashion is his namesake Sean John sportswear company, which features a select assortment of shoes, including hiking boots and the brand’s Murano sneakers. While Global Brands Group Holding Ltd. purchased a majority stake in the company in 2016, Combs still retains a minority interest estimated at 20 percent.

Coming in at No. 3 is Dr. Dre, whose entrepreneurial pursuits into the Beats headphones franchise have set him up for success. After selling the business to Apple in 2014, its plausible the rapper is still heartily eating off of the residuals from the $3 billion deal. While tech has given the artist his cushy positioning, it’s a wonder if he will take his talents to the shoe business; according to fellow rapper The Game, he already has an unmatched affinity for the Nike Air Force 1.

“If you don’t know nothing about Dr. Dre, what you need to know is that he wears Air Force 1s to this day, every single day. A fresh white pair, every day, brand-new. A pair of Air Force 1s to Dr. Dre is [like] socks. When he take ’em off, they’re a wrap,” said The Game in a 2013 interview with Nice Kicks. While Jay-Z, Diddy and Dr. Dre make up the top three wealthiest hip-hop musicians, Forbes also highlights that they are, in fact, the richest American musicians of any genre.

Things will get cancelled.

Tied for fourth are Drake, née Aubrey Graham, and Eminem, née Marshall Mathers, who round out the top five with a net worth of $100 million each.

At 31 years old, Drake is the youngest artist in the ranking. He’s a consistent chart-topper and, like his predecessors, has an equitable stake in alcoholic beverages, specifically Virginia Black whiskey. The “God’s Plan” rapper has been sponsored by Jordan brand since 2013 and with his 5-year deal up this year, there’s early speculation that he may jump to Adidas.

As for Eminen’s top five placement, the proof is in the numbers. According to Forbes, not only is he the best-selling rapper of all time but he also “moved more albums in the U.S. during the 2000s than any act in any genre.” When it comes to footwear, the “Revival” rapper placed his bid on the sneaker resale market. In 2016, Eminem partnered with online trading platform StockX. One of the main tenets of the e-bidding marketplace is to address sneaker demand, and the platform even launched with a contest to win the Air Jordan 4 Retro Eminem Carhartt shoes (valued at $30,000 at the time).