Bobrisky reminisces on his past and present lifestyle 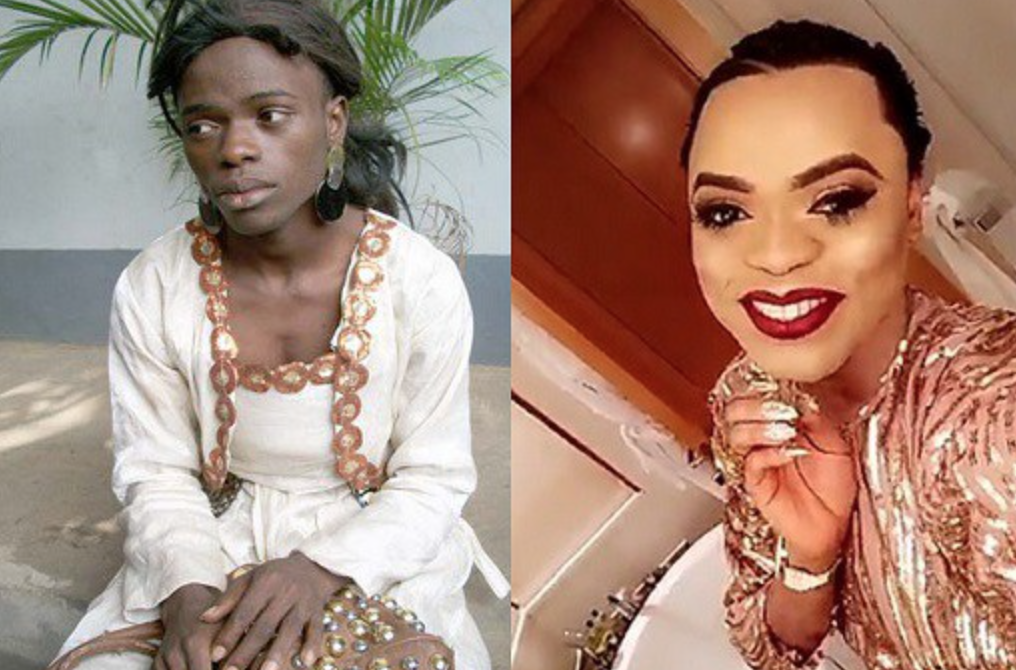 Bobrisky is looking back on his past while comparing it to where he is now, and he is filled with gratitude for how far he’s come. The popular crossdresser after reflecting on his past, left a word of advice for his followers who are facing humiliation and condemnation.

“Good evening guys ! Have anyone condemned ur career, life that hunger and poverty will kill u ? No tell them u still have huge hope in life. Each time I remember my previous life I thank God by helping the poor who are in need. Have tasted that sour life before I became who I am today, so I know the pained wen u wish to get something and no money to get them. Be focused and be strong to take any insult from people. The most important thing is wat u wish to achieve and don’t be distracted with wat people say about u. ?????? love u guys,” he wrote.

While almost every human society throughout history followed norms and designated conventions of cultural behaviours including clothing for each genders or age, there exist some exceptions.  But who is exactly is this fair-complexioned Bobrisky, perhaps, Nigeria’s most famous cross-dresser who falls into such category.

Bobrisky who lost his mother in 2008 was born in 1992 in Ebutte Meta, Lagos into a Muslim family. And in interview conducted in 2016, Bobrisky said he coined his brand name by adding ‘risky’ to Bobo, the name his family called him as a child.

“I was born in a polygamous family,” said Bobrisky who attended Kings College, Lagos before attending University of Lagos, where he graduated from the department of accounting. He lost his mother

“My dad has three wives. My mom is the last wife and I, the last born of the family. My family use to call me Bobo while growing up. I was like, ‘let me add risky because I love to take risk.’ That’s why I came up with Bobrisky.”

in 2014, Bobrisky got trapped in his biggest risk, cross-dressing, due to peer pressure, he said. It would also take another risk – him being mocked for being dark in complexion – for Bobrisky to discover his now lucrative bleaching cream business.

“I went to Dubai with my friends (and) while gisting, a naughty friend just said, I’m too black that I need to bleach maybe to chocolate or tone up a little,” he said.

“I was like lemme try to tone up, but the cream made (me) to have scratches, dark spots and dark knuckles. I was like lemme kuku make everything blend since I have no choice.”

After Bobrisky turned from black to white, he abandoned his unisex shop at Ikeja, where he sold ladies’ wears and started selling the cream to his admirers.

“As a cream seller and make-up artiste, I put everything on, to advertise my product – bobrisky is not doing it lure men. People starting adding me on Snap and Instagram because of my makeup and bleaching cream. I sold my cream to other countries like Gambia, Zimbabwe, Canada, Austria and UK, the blog there are promoting my business on their blog.”

Since then, his brand of cream has attracted wealthy clientele and the Ijebu Igbo, Ogun State indigene, with his social media presence, has gradually become one of Nigeria’s most controversial internet personality. He also sells expensive skin-whitening reams which go for as much as 100, 000 naira as he writes about his ostentatious life on social media. He has also reportedly got invites to elite gigs and even made a debut as an actor in a movie, Ojuloge, with Tayo Sobola and Toyin Afolayan. And for a week last year, Bobrisky came out tops on Google search. Google’s Communications and Public Affairs Manager, Anglophone West Africa, Taiwo Kola-Ogunlade, in a statement disclosed that Bobrisky was most searched on the global search engine between October 26 and November 2, 2016.

“Top trending searches on Google this week went from a fashionable man with a different dress sense to a search for a chemistry, which is neither a subject nor love bond,” said Kola-Ogunlade.

“Bobrisky, ‘Africa’s Male Barbie’ became a search interest this week after a presidential aide pulled off from a new media conference, because he could not share the stage with the social media sensation.

“Bobrisky had earlier dominated Google search some months back, for cross-dressing, use of makeup and stories of highlife with a secret ‘bae’.”