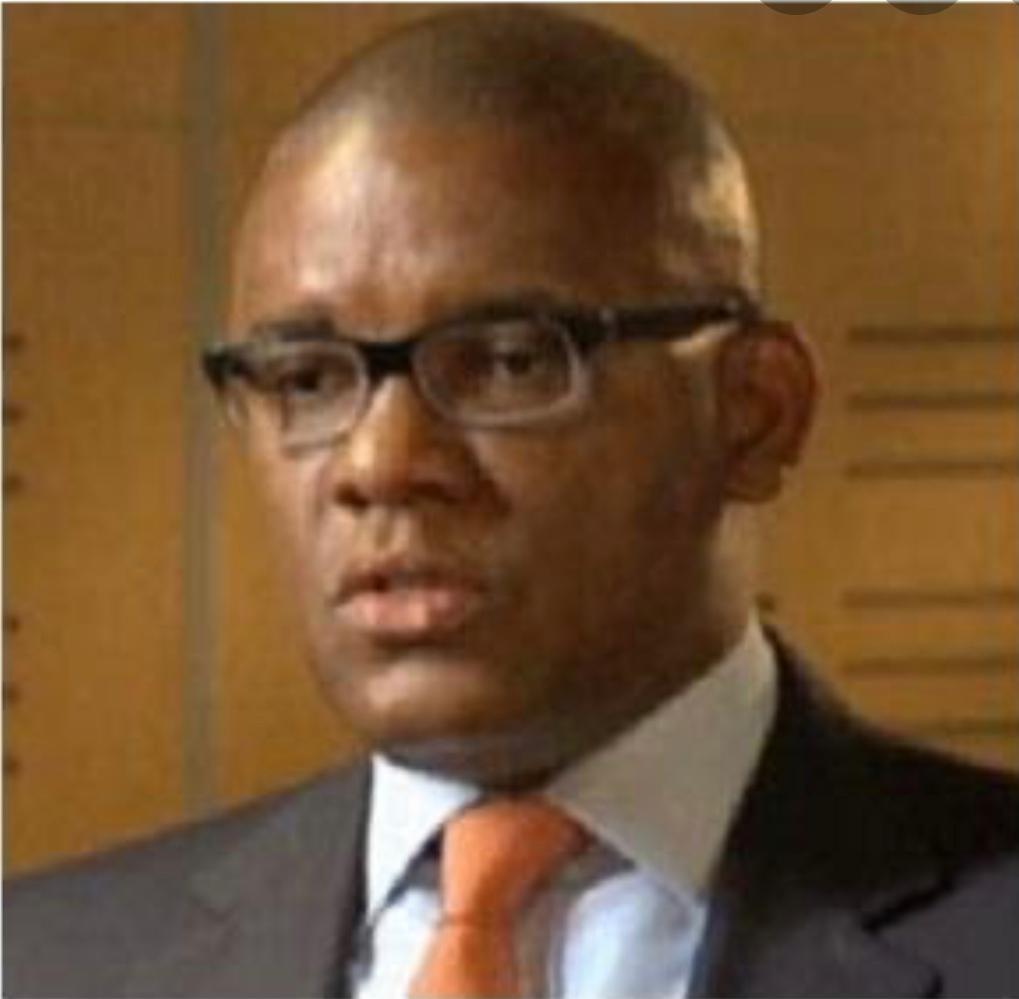 Treachery runs deep in the veins of Adolor Uwamu, vice chairman, Valiant Energy Services West Africa. It is his strong suit. It is the creed he lives by. His treacherous acts would leave even Lucifer in akimbo and gasp-inducing bewilderment.

Alas, if reports from industry stakeholders are anything to go by, he is about to partner AMNI International Petroleum Development Company Limited, a Nigerian independent oil and gas exploration and production company which engages in offshore oil and gas drilling, subsea flow line transportation and pipeline systems.
But credible industry players who love and respect Tunde Afolabi, the chairman of AMNI are warning him to steer clear of Valiant, Valor Petroleum and Kennadak Nigeria Limited and even Adolor else he suffers the same fate as others before him who have had a thing or two to do with them. Valor Petroleum and Kennadak have been discovered to be owned by Adolor but are run by proxies. And he uses the companies to bid for jobs within the same sector while he pulls the strings from behind; an act that is hinged on his dubious personality and predilections. The companies have been given some engineering procurement contracts in AMNI in the recent past.
Even in death, it is unlikely that the late Chief of Staff to President Muhammadu Buhari, Malam Abba Kyari, would forget that the first major scandal he had was when he referred Valiant as a Special Purpose vehicle to immediately commence business with the Nigeria National Petroleum Corporation, NNPC. Regarded as Nigeria’s biggest debtor after using his former company, SEAWOLF Oilfield Services, an indigenous oil and gas company that he co-owned with Remi Okunlola to acquire loans of over N160billion, most of which was frittered on luxury automobiles and a lifestyle of obscene luxury, he abandoned the company, leaving Okunlola in the lurch. The Assets Management Corporation of Nigeria, AMCON, took over SEAWOLF because of its terrible state of indebtedness while Adolor went on to establish Valiant in 2013.

Thus, when Kyari attempted to pressure AMCON to sign off on Valiant’s worthiness to do business with the NNPC, the corporation reportedly demurred, stating that the company could not be given a pass without paying off the debt it acquired through SEAWOLF. AMCON’s major objective is to be a key stabilizing and re-vitalizing tool to revive the financial system by efficiently resolving the non-performing loan assets of the banks in the Nigerian economy. Yet, a man like Adolor whose former company owes banks about N160billion makes it clear to anybody within earshot that he is an untouchable as far as AMCON is concerned because Ahmed Kuru, the MD/CEO of the corporation, is his crony. Interestingly, whenever he is reminded of his indebtedness and why he cannot get any credible contract from a forthright institution or company, Adolor laughs it off, saying Kuru has his back come what may.
No wonder Dr Maikanti Baru, the former Group Managing Director and Chief Executive Officer of the NNPC vowed that he would never have anything to do with Adolor or his company because of his lack of integrity. Baru reportedly fell out with him when, after an initial blunder with a major contract, he gave Adolor a second chance which he still bumbled and reneged on all their agreements. Baru died with the hurt and disappointment last May.
Khadijat Blake, a foremost player in the upstream drilling sector and CEO of Field Offshore Design Engineering Limited, FODE, has her own story to tell. Unlike Baru, she is alive to not just tell the story of Adolor’s treachery; she is committed to getting justice. It was Blake that brought Borr Drilling, an international drilling contractor based in Bermuda, to Nigeria, as against Adolor’s claims that he did.

Later, Valiant and Borr Drilling agreed to a one-off deal which saw them receive a letter of commitment from Total E&P Nigeria for the employment of its premium jack-up Frigg in a transaction that also involves the National Petroleum Investment Management Services (NAPIMS), Total Exploration and Production Nigeria and Shell Petroleum Nigeria. Blake didn’t have issues with this until words got to her that Adolor had been vaunting and vowing that he is the majordomo in the industry and that if Borr didn’t dance to his tunes, he would run them out of town with Blake in tow. In comparison, really, and as industry standards and hierarchy go, Blake is a graduate where Adolor is a pre-schooler. The effrontery and vilification of her name among other factors are why Blake is spoiling for a major legal battle with Adolor.

With a sordid reputation for brazen conceit, double-dealing and doublespeak since his days as the CEO of SEAWOLF, Adolor is now a fugitive of a sort. Last September, the Nigeria Union of Petroleum and Natural Gas Workers (NUPENG) urged Total E & P Nigeria and Shell Petroleum Nigeria to compel him to pay the final entitlements of workers that he wrongly sacked in 2019, stating, “These workers provided services to Total E&P and Shell Petroleum Nigeria under Mr. Adolor’s company and we are grossly disturbed and disappointed that these two multinational oil companies have remained silent and indifferent to the continued evasiveness of Mr Adolor Uwamu of Valiant Energy West Africa from his responsibility to pay the terminal benefits of these workers despite all our letters and press releases.”

The union stated that it found it appalling that despite being on the run, Shell Nigeria Limited and Total E&P continue to patronise Valiant without recourse to the plight of the sacked workers that had been out of jobs since October 2019. NUPENG further implored all relevant stakeholders in the industry including the Department of Petroleum Resources (DPR), the Group Managing Director/CEO of Nigerian National Petroleum Corporation (NNPC), the Ministry of Labour and Employment, Ministry of Petroleum Resources, the Nigeria Police, Department of State Services (DSS) etc, to live up to their responsibilities by fishing out Adolor, “so that he can be compelled to pay the terminal benefits of the affected workers.”

Now, this is where it gets interesting. Typical of Adolor, there are reports that having made a lot of money through his new partners (Total and Shell), he wants to jettison them and his obligations to them. Multiple impeccable sources in the industry posit that Adolor is now trying to present the same Frigg rig to AMNI because he claims that he cannot continue to work with the regulatory agencies in the oil and gas industry and wants to go with AMNI as a single source. A fellow bidder confided in this medium that Adolor might have surreptitiously used Kennadak, which is run by his lawyer, for the bid and that he had even boasted that he is sure of winning because he had ‘settled’ Professor Oladapo Afolabi, a former Head of Service of the Federation of Nigeria and younger brother of Tunde Afolabi, chairman of AMNI; Wale Olafisan, the managing director, and another high-ranking director who sits on the Bidding Approval Committee.

Sources say Adolor had asserted that with Prof Afolabi on his side, he is as good as having nicked the deal. Yet, Prof. Afolabi, a seasoned academic, is not known to dabble into the business of his brother.
Other bidders for the AMNI contract are saying unequivocally that Adolor’s reputation is at variance with what Afolabi and AMNI stand for, and are wondering why the company would want to welcome him as a partner. Or, they wonder, is Afolabi not aware of Adolor’s baggage and ill-reputation? Why do business with Valiant, Valor Petroleum and Kennadak linked with Adolor at the expense of credible companies? How will AMNI partner with Adolor’s companies and still hope to operate smoothly in the same industry where NUPENG and NAPIMS have declared him a fugitive?

Worse is that those privy to his modus operandi declared that he would eventually play a fast one on Borr by starting the AMNI job with them and then edge them out by substituting their rig with his own from China and, ultimately, messing up their operations.

It is, however, not only at work that Adolor is unhinged, inconsistent and devious; his private life is worse. Married to Dr Adedun Adegbenro, the marriage lasted barely six months, no thanks to what sources described as his vile and wily character.