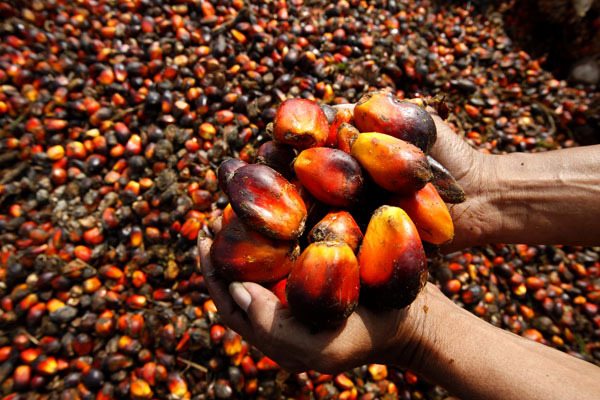 The apex bank said in the late 50’s and 60’s, Nigeria was not only the world’s leading producer of palm oil, but it was also the largest exporter of palm oil, accounting for close to 40 per cent of the global market share – According to the CBN governor, 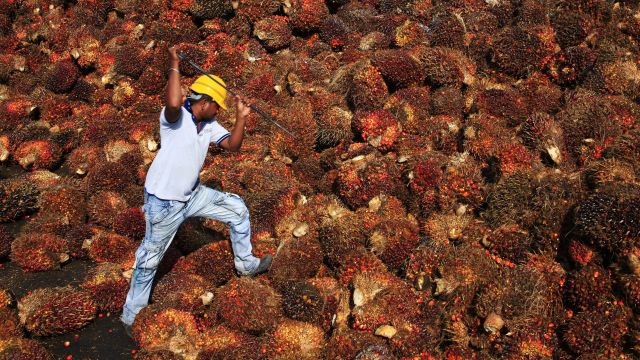 it was a sad fact that the country was still importing palm oil in spite sufficient arable land in the south south and southeast regions The governor, Central Bank of Nigeria (CBN), Godwin

Emefiele on Monday, March 18, said that over five hundred million dollars was being spent annually on importation of palm oil. Emefiele said this at a stakeholders’ meeting on the Palm Oil Value Chain held in Abuja.

The meeting was attended by the Governors of Akwa Ibom, Edo and Abia. Also, the managers of Dangote Farms, Flour mills, United Food Industries and Dufil Frima Foods Plc, among others were at the meeting.

Emefiele said that it was a sad fact that the country was still importing palm oil in spite sufficient arable land in the south south and southeast regions of the country to farm it. He recalled that in the late 50’s and 60’s, Nigeria was not only the

world’s leading producer of palm oil, but it was also the largest exporter of palm oil, accounting for close to 40 per cent of the global market share. He said that right now, 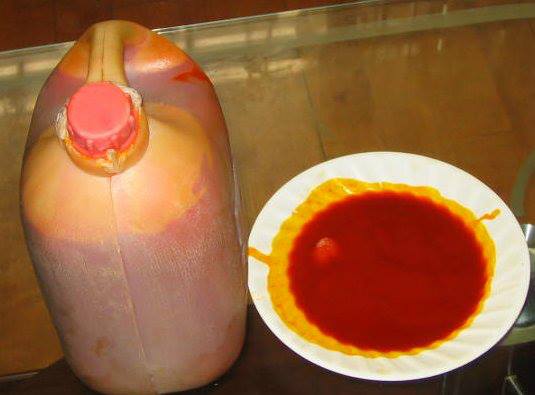 Malaysia and Indonesia were the top producers of palm oil and Nigeria the fifth, after getting their seeds and learning how to cultivate oil palm from Nigeria. 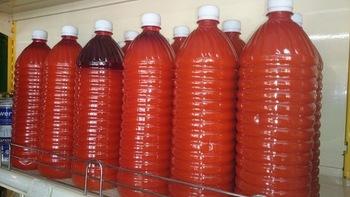 “This conversation is indeed important as it forms part of our overall strategy to reduce our reliance on crude oil imports, diversify the productive base of our economy, create jobs and conserve our foreign exchange. 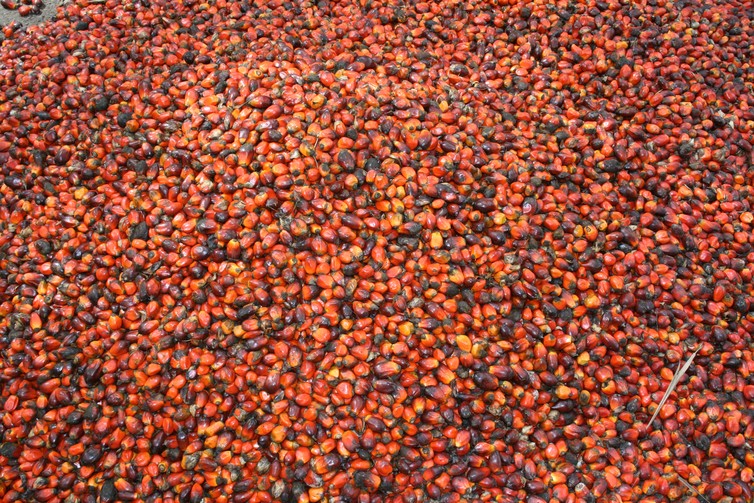 “Despite placing oil palm in the forex exclusion list, official figures indicate that importation of palm oil had declined by about 40 per cent from the peak of 506,000 Metric Tonnes (MTs) in 2014 to 302,000 MTs in 2017. “This indicates that 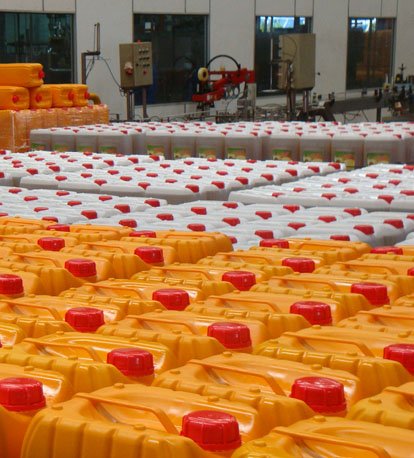 Nigeria still expends close to 500 million dollars on oil palm importation annually and we are determined to change this narrative. “We intend to support improved production of palm oil to meet not only the domestic needs of the market, 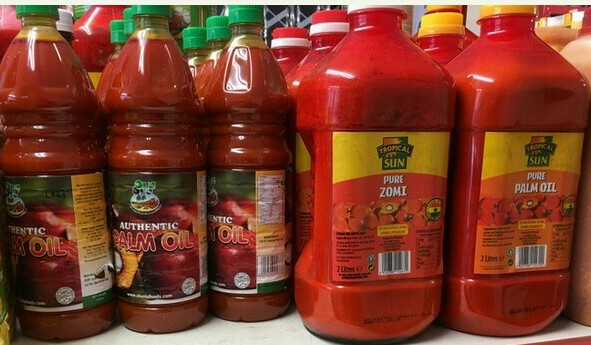 but to also increase our exports in order to improve our forex earnings,” he said. To this end, Emefiele said that all the state governors in south south and southeast,

Nigeria had agreed to provide at least 100,000 hectares each for large scale oil palm farming. He said that with the help of the state governments, Nigeria could reach self-sufficiency in palm oil between 2022 and 2024 and ultimately overtake

Thailand and Columbia to become the third largest producer over the next few years.“As part of our Anchor Borrowers Program (ABP) and Commercial 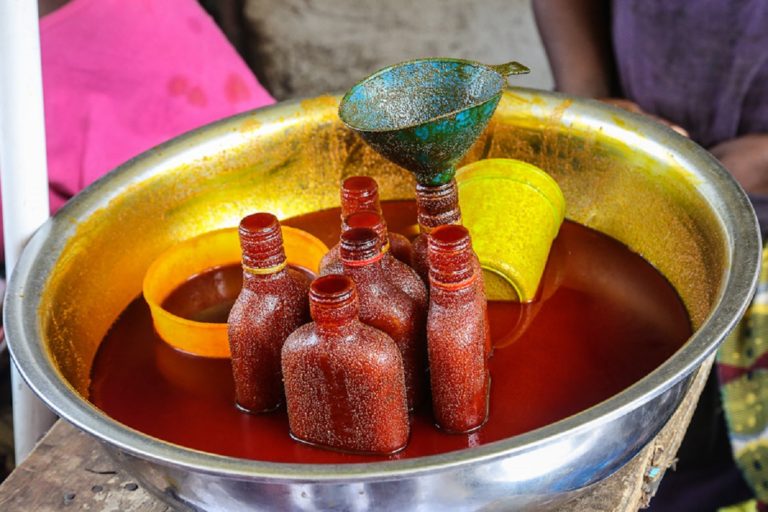 “We will also ensure the availability of agro-chemicals in order to enable improved cultivation of palm oil.

“We will also work to encourage viable off taker agreements between farmers and large-scale palm producing companies. “Loans will be granted through our

ABP and CACS programs at no more than 9 per cent per annum to identified core borrowers,” he said.

The CBN governor reiterated that the restrictions earlier placed on the importation of textiles and other ready-made clothing was for the good of the economy. He said that in due course, the CBN would introduce polices to address challenges in the cocoa, cassava,

beef/cattle ranching, dairy and fish sectors. “Soon every region of our beloved country will feel the positive impact of our intervention in the agricultural sector.

“These efforts we hope will not only enable us to conserve our foreign exchange, but also create jobs on a mass scale. “As these measures begin to bear fruits, we are very optimistic that our states will become more economically viable,” he said. 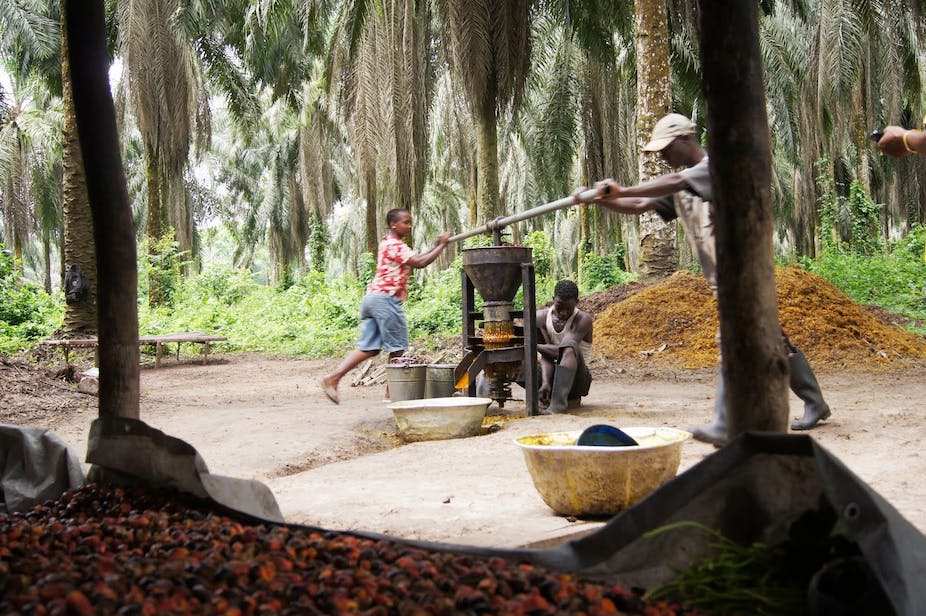 Also, the governor of Edo, Godwin Obaseki, said the state was currently cultivating about 70,000 hectares of land of oil palm.

He also spoke on the need to revive the moribund Nigerian Institute For Oil Palm Research (NIFOR), in Benin to improve investment in research and production of quality oil palm seeds. 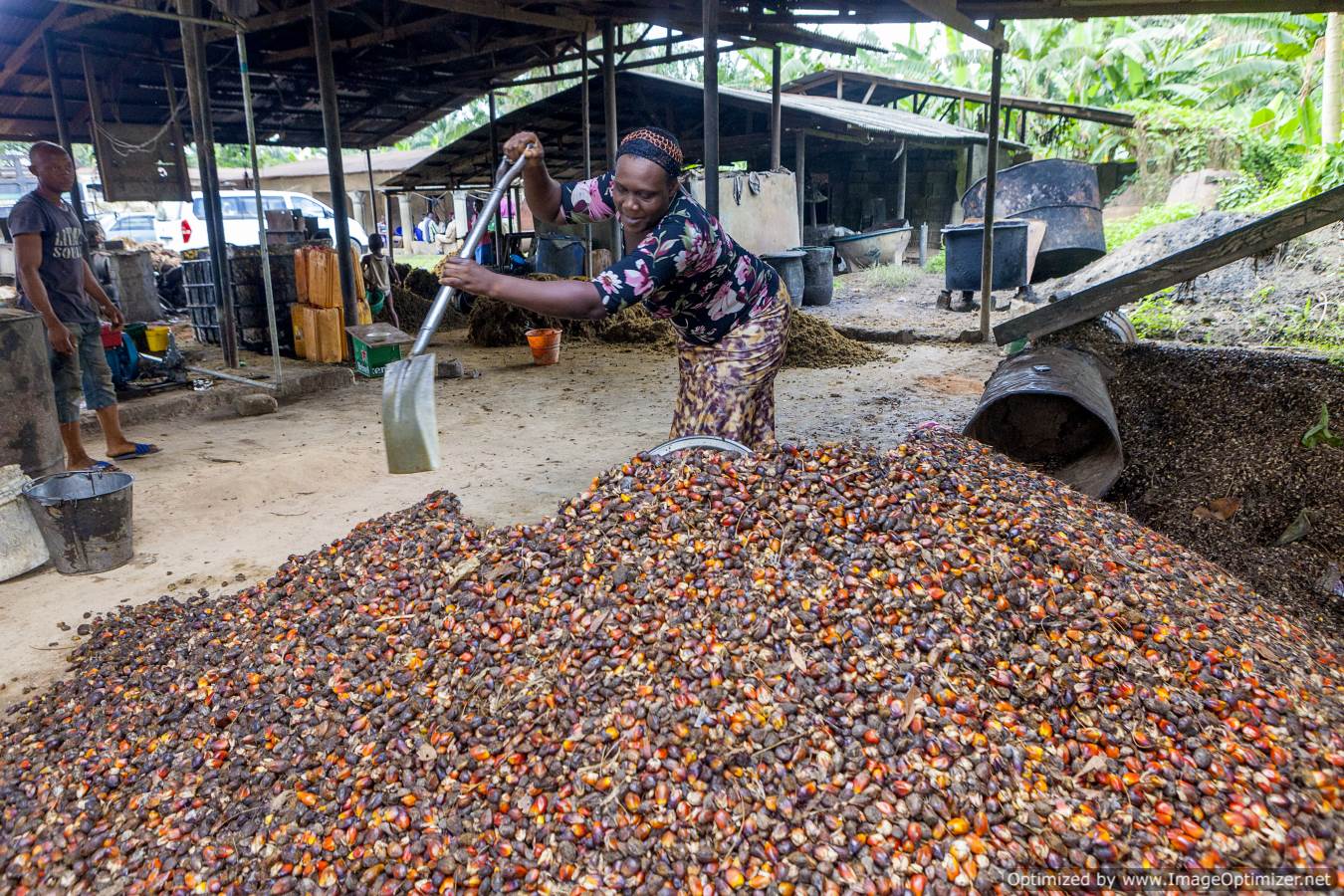 “We should understand that for meaningful investment to come into the oil palm industry, we have to think of other incentives to encourage manufacturers to turn oil palm to other things.

“What I mean is that palm oil can be used to manufacture margarine, soaps, toothpaste and other things. ”

We must also think about how to create incentives for those who are currently in the business to explore all the uses of palm oil to create job opportunities for our people,” he said. Also, the governor of Akwa Ibom, Udom 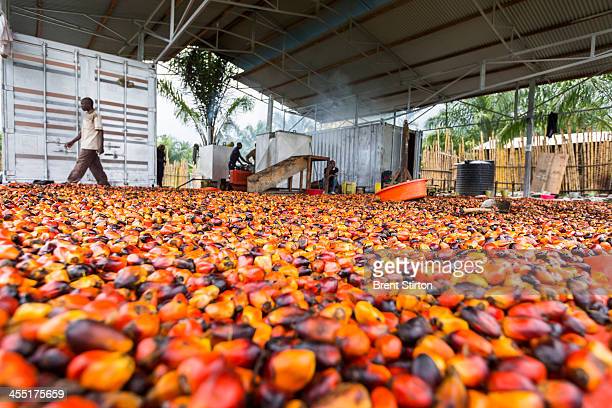 Emmanuel, spoke on the need to educate oil palm small holder farmers on the use of improved seedlings as a way to improve output. Meanwhile, Legit.ng previously reported that a Kano-based Amarava Rice Mill says it is targeting to record

500 tonnes of daily production by June, just as it hit 250 tonnes to boost local self-sufficiency. Subhash Chand, the Indian Deputy High Commissioner in Nigeria, made this known on Tuesday, January 1, in Abuja. The multi-million naira state-of-the-art rice mill, owned by an Indian national, was inaugurated by President Muhammadu Buhari in Kano in December.

The diplomat assured that the production capacity of the mill was being expanded to hit 500 tonnes by June.