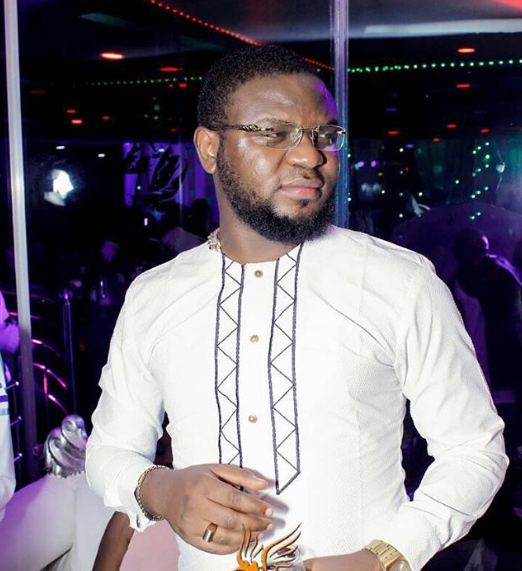 Adedeji Omotunde Michael popularly known as Tunde Mayor is one name that rings a bell in Ibadan, the capital of Oyo State. And that’s because he’s a successful auto dealer and a philanthropist. Nicknamed Son of Mercy, the Ilesha born business man, whose multi-million naira car lot is located at No 37, Abeokuta road, Ode-Ona, Ibadan, started his business about 8 years ago and has been able to build it into a big brand.

In an interview with  Daily Advent Nigeria, the young man, who recently got married to his heartthrob, Oyinda talks about his business.

How did you venture into car dealing business?

Car dealing business is a family business for me. My late dad, Ade Mayor was a popular car dealer. He owned the popular auto Company called Ade Mayor Motors in Osun State. So it’s been a dream to step into his shoes and I am glad I am able to realize the dream. I started my business in 2010 officially, and God has been very good to me.

You are one of the popular auto dealers in Ibadan, how did you build your auto company into a known brand?

It’s not a business I just dabbled into. It is a family business like I said earlier. I would say I am an expert in the trade. It’s what I have always wanted to do. So the desire to be successful has always been the driving force. Asides that, we give our clients good cars. We don’t sell cars that will have issues to our customers and we have been able to build that trust over the years. So people are always confident to patronize us because they sure know that we will deliver. So, basically that has been the success secrets.

You are quite popular in Ibadan, did you grow up there?

Well, I am an Ijesha man. I was born and brought up in Ife. My dad was a well-known auto dealer and petroleum merchant in Ife. So at a point, in early 2000s to be specific, my older siblings relocated to Ibadan, and in 2010, I chose to join them.  When I first arrived in Ibadan, I thought I could still continue with my dream of being a professionally footballer, until it dawn on me that I am not getting any younger. So I had dabble into what I have passion for, which is car  business.

You are also known to be a philanthropist, one would think you’ll someday leverage on that in future. Any plan to go into politics?

I inherited my philanthropic nature from my late dad. My dad was a philanthropist. He strongly believed in giving. He was always saying givers never lack. He thought me to be a giver. God has blessed me enough and I think I have to give back to the society. People always have good things to say about my dad and I have vowed to emulate him. My act of giving has nothing to do with any plan of going into politics. But I might consider going into politics. I have realised that we can’t move the nation forward by sitting on the fence. Everybody has to be involved. That was why I supported one of my big brothers, Rotimi Ajanaku during the last election. He ran for Federal House Of Representative seat.

Like I said earlier, I was born and brought up in Ife.  I attended Praise Preparatory Children School in Ilesha, I later went to Methodist High School Ilesha and I relocated back to Ife to complete my secondary education at School of Science (SOS.) I later went to   Osun State College of Technology, Esa Oke, where I studied Banking and Finance.

It’s obvious your late dad influenced your life a lot, tell us you more about him…

He’s my role model. He was a prince from Ilesha, from Odundun family to be precise. He was the grandson of former king of Ilesha, The Alowolodu of Ijesha Land. He was a simple person and hardworking as well.  He ensured that he impacted in so many lives before he passed on about 13 years ago. He was very generous. He was a great man worthy of emulation.

You are very close to many musicians in Ibadan, such that Taye Currency and Idowu Santana waxed an album for you, using your nickname, Son of Mercy, as title.  Are you planning to set up a record label?

Not really. I have no plan to set up a record label. I think they felt I have been supportive of their career and they felt they should wax an album for me. My business and my act of philanthropy have made me to be popular in the society. I also love socializing because it helps my bushiness a lot.

Why are you called Son of Mercy?

I believe in God’s mercy. God has been very merciful to me.  If not for God’s mercy I wouldn’t have been where I am today. I chose to call myself that name just to show appreciation to God. However, my real name is Adedeji Omotunde Michael. I am also popularly called T Mayor or Tunde Mayor. I got the Mayor from my dad’s name.  My dad’s name is Ade Mayor. He named his Petroleum Company Ade Mayor, while his auto dealing company is called Ade Mayor Motors. People who live in Ife are very familiar with my dad’s company.