Body Of DSS Lady Not Yet Recovered From Lagoon, Driver’s Whereabouts Unknown 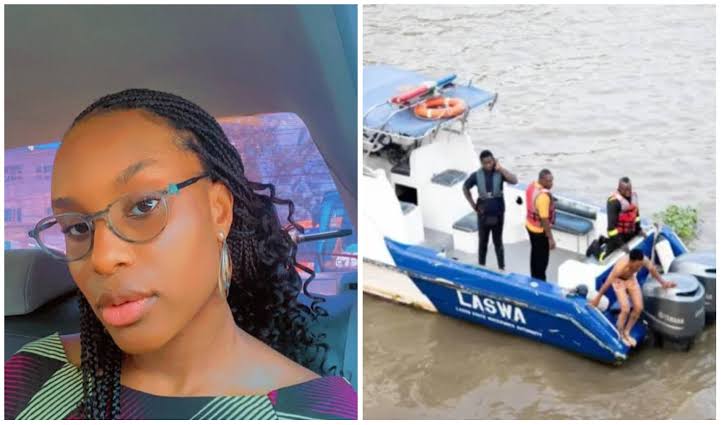 The body of a Department of State Services (DSS) unarmed instructor, Adetutu Adedokun, who was alleged to have jumped inside the lagoon along the Third Mainland Bridge corridor is yet to be recovered. The Permanent Secretary of the Lagos State Emergency Management Agency (LASEMA), Olufemi Oke-Osanyintolu also explained that investigations have failed to produce the driver of the car that she boarded prior to the unfortunate incident.

He added that the response team has changed from rescue to recovery and is now observing the tide while relying on locals for any useful information.

However, an interaction by our crime correspondent with some of the local divers gave an insight to the entire procedure.

A fisherman at the Ebute Jetty, Ebitime Joshua said local knowledge has shown that any living thing that found its way into the water body goes straight down towards the sea bed.

He further explained that the food consumption of the individual involved before the incident most time determines recovery.

The secret police has, however, kept sealed lips over the incident.

A few months ago, Adedokun, who was in her late 30s, received a letter of commendation from the Director General of DSS, Yusuf Bichi, as the best-unarmed combat operative in her set.

The victim’s fiance was also reported to have proposed to her a few weeks ago.

She had alighted from a Uber taxi car on the bridge and plunged into the lagoon Thursday afternoon. The driver of the taxi claimed she had a heated conversation with her fiance before alighting from the car.
Source – Channels TV