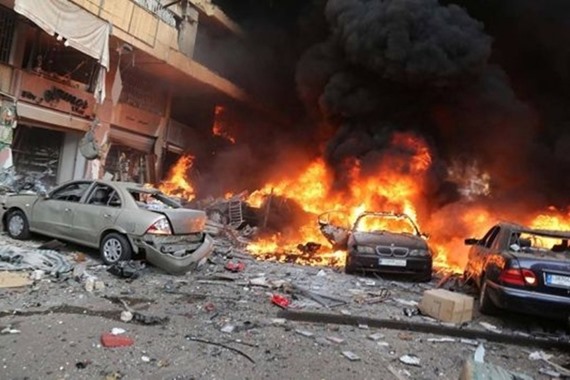 2 Confirmed, Over 60 Feared Dead As Bomb Hits School In Ukraine
Dozens of people are feared dead after a bomb hit a school in east Ukraine, where government forces are battling Russian troops and separatists.
Luhansk region’s governor, Serhiy Gaidai, confirmed two deaths, saying 60 people were feared dead under the rubble of the school in Bilohorivka. About 90 people had been sheltering in the building and 30 were rescued, seven of them wounded, he added.
Mr Gaidai said a Russian plane had dropped the bomb on Saturday.
His accusation could not be verified independently and there was no immediate response from Russia.
Luhansk has seen fierce combat as Russian troops and separatist fighters seek to surround government forces, just over two months since the start of the Russian invasion. The blast brought down the building which caught fire and it took firefighters three hours to extinguish the blaze, according to the governor, writing on Telegram.
He said almost the entire village had been sheltering in the basement of the school.
The final death toll would only be known when the rubble had been cleared, the governor said.
Source: BBC

UK Traces Rare Form Of MonkeyPox To Nigeria
A rare case of monkeypox, with links to Nigeria, has been confirmed in England, the UK Health Security Agency (UKHSA) announced on Saturday. The agency emphasized that monkeypox is a rare viral infection that doesn’t spread easily between people. For most, it is a mild disease that disappears within a few weeks but some can develop severe illness.
The patient who has been diagnosed with monkeypox had recently arrived in the UK from Nigeria, and is being treated at the infectious disease isolation unit of Guy’s and St. Thomas’ Hospital in Central London.
“As a precautionary measure, UKHSA experts are working closely with NHS colleagues and will be contacting people who might have been in close contact with the individual to provide information and health advice,” the UKHSA said.
Source: PMNews

PDP Set To Take Final Decision On Zoning
Barring any last-minute change of schedules, the National Executive Committee (NEC) of the Peoples Democratic Party (PDP) will on Wednesday meet to decide on the report of its 37-man committee headed by Governor Samuel Ortom of Benue State. The committee had recommended that the party should throw open the presidential ticket of the party to all interested party members.
This is coming as an elder statesman, Alhaji Tanko Yakassai has urged the main opposition party to adhere to the principle of zoning and zone its presidential ticket to the South-east for the sake of equity and stability.
Despite the clamour for a power shift to the South, former Vice President Atiku Abubakar; former President of the Senate, Senator Anyim Pius Anyim and the Governor of Sokoto State, Hon. Aminu Tambuwal yesterday intensified consultations on their presidential ambition, lamenting that the current administration led by APC has shattered the hopes of Nigerians.
Source: ThisDay