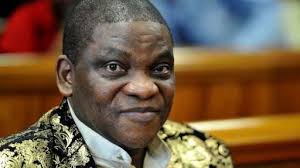 Pastor Olise, who is a friend to the father of the twin girls, is facing a two-count charge bordering on child defilement

The defendant is said to be a pastor at a church, Anointing Chosen Vessel, Governor’s Road, Ikotun, Lagos.

The prosecuting police officer, Raphael Dony, told the court that the offence was committed in November at 2 Okanlawon Street, Ago Palace Way, Okota, Lagos.

In the first count, Pastor Olise was alleged to have unlawfully defiled the first twin girl on November 15 at about 1500 hrs and thereby committed an offence contrary to section 137 of the Criminal Law of Lagos State 2015.

According to information before the court, the defendant retained a room in the house where the twin girls lived with their parents where he allegedly defiled the girls in turn.

Pastor Olise was said to have carried out the dastardly act when the mother of the girls travelled out of the country on a business trip while the father was at work.

Prosecutor Dony added that “the father noticed a change in the way the girls walked and on being questioned, they narrated what the defendant did to them to their father.

“The father later reported the matter to the police station in Okota which led to Pastor’s arrest.”

After the charge was read, Magistrate Bola Osunsanmi refused to grant bail to the defendant.

She ordered Pastor Olise to be remanded in Kirikiri prison and adjourned the matter till January 23.