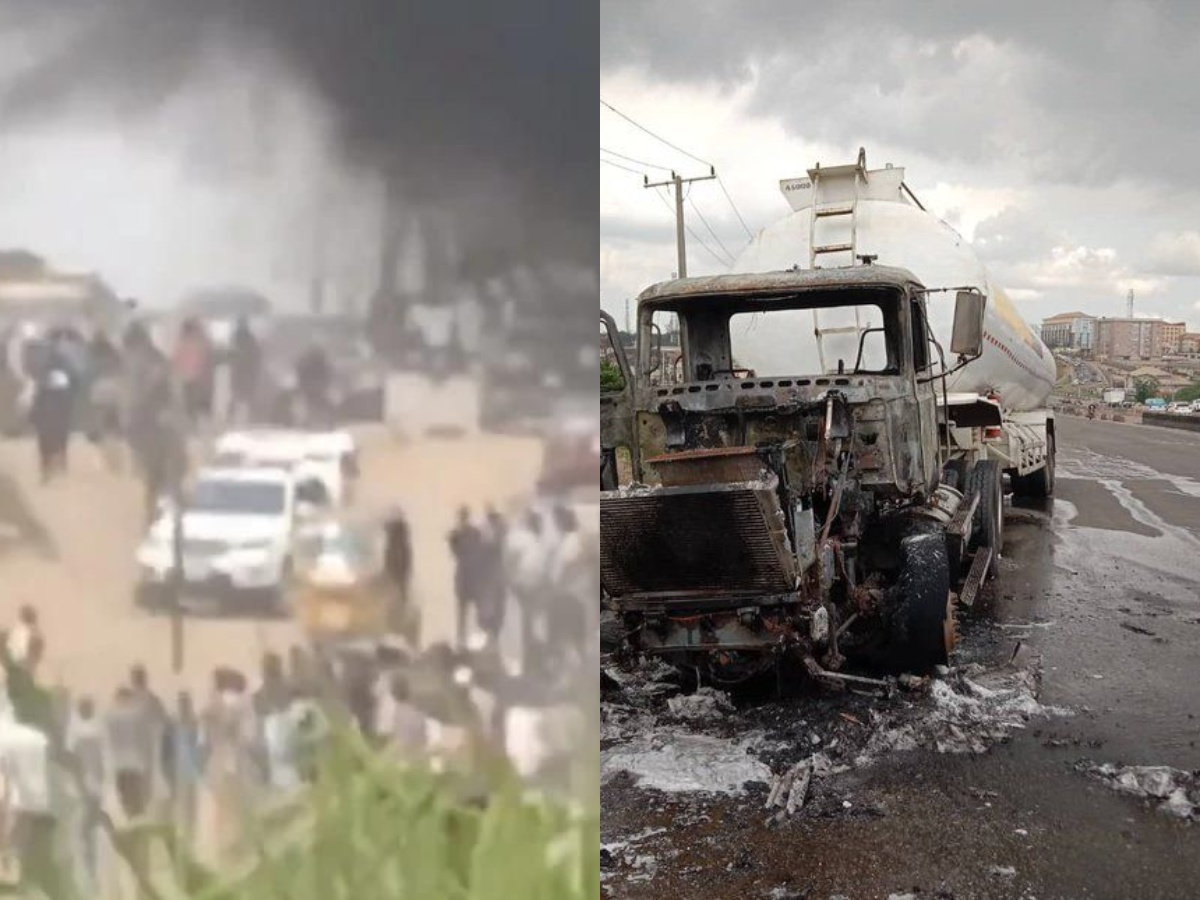 Aggrieved residents stormed the streets in the Ikorodu area of Lagos State protesting after a trailer crushed four persons in the First Gate-Lagos State Polytechnic axis of the Ikorodu road.

It was gathered that the trailer also injured one person.

The protesters, which included transporters on the road, set up a born fire and blocked all routes leading to the road, leaving passengers to trek long distances.

An eyewitness described the road as a “death trap”, urging the government to pay urgent attention to it.

“Five people were involved yesterday. Four of them died and one was badly injured. The contractor has abandoned the project and claimed that the Federal Government has not paid.

“The Federal Government should look into this and do something about it urgently. This road has been abandoned. This is a hill and trailers fall easily. It is less than 200 metres. The contractors must return to the site. We cannot be allowing people to die here,” he said.

However, policemen have been deployed to restore order in the area.

Some residents were said to have earlier staged a protest when the accident happened on Thursday.

The trailer was said to have rammed into an oncoming tricycle popularly called ‘Keke’ after losing control.
Source – Within Nigeria 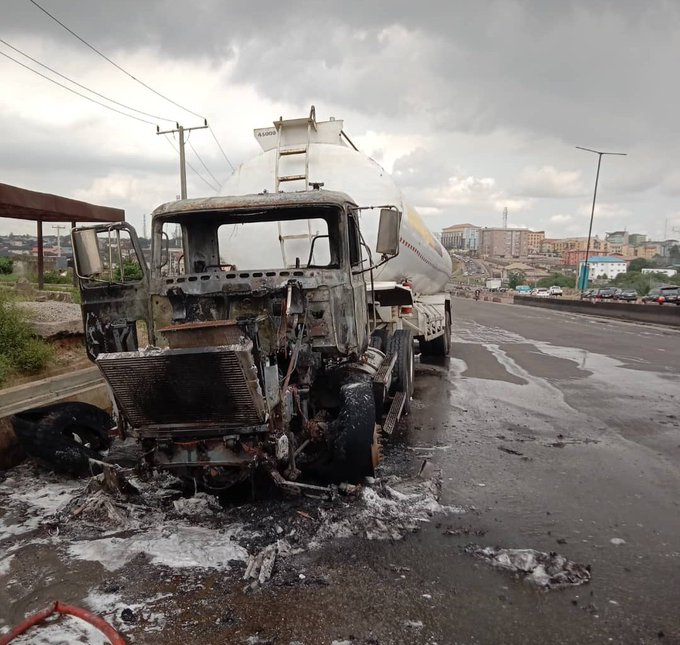 A fuel-laden tanker caught fire on Friday at the Otedola Bridge around the Lagos-Ibadan Expressway.

The PUNCH gathered that first responders have arrived at the scene and have curtailed the fire.

No casualty was recorded as of the time of filing this report.

Road users are advised to avoid the corridor as the incident has caused gridlock with motorists stranded around the axis.

Friday’s incident occurred days after the Sector Commander, Federal Road Safety Corps, Lagos State Command, Olusegun Ogungbemide, said that there are no demon, witch or wizard at the Otedola Bridge but reckless drivers and expired trucks were responsible for the incessant crashes around the bridge.