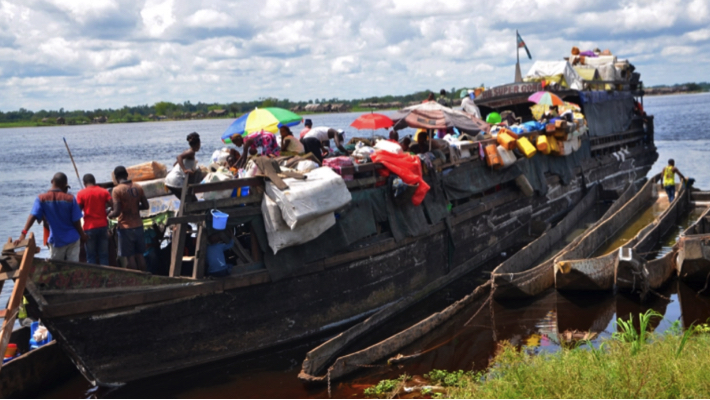 ome people were feared killed while others went missing after a ferry carrying over 170 passengers sank in the River Niger, Peoples Gazette has learnt.

A police spokesman in Kebbi told The Gazette that officers have received information that a boat that departed Niger State had capsized on its way to Kebbi.

“We learnt that more than 170 people were on the boat,” the official said. “We are trying to confirm fatalities at this moment.”

The passengers were said to be mostly women and children, although the actual figures were yet unclear.

The incident came weeks after a boat capsized in Niger, killing about 30 people.
Source – People’s Gazette Theophilus Ugwu’s chances of playing football came to an abrupt end after he was sentenced to death in Vietnam on Tuesday, May 25. The 23-year-old was nabbed for trafficking about six kilos of methamphetamine valued at around N413k from Cambodia to the Asian country.

He was caught by the police on March 8, 2020, illegally transporting 12 bags of narcotic substances and a little over a year later, the People’s Court of Western province of Tay Ninh sentenced him.

Ugwu was said to have arrived in Cambodia in February 2020 as a soccer player and met a fellow African who promised to help him play for one of the famous clubs in the country.

He was contacted to deliver a package from Phnom Penh to Ho Chi Minh City (HCMC) on the day he was caught according to VN Express and Instablog.

Having accepted the deal that earned him $1,000, he was eventually bursted by police as he tried to traffic the drugs into Vietnam through less-travelled paths.

However, the 23-year-old was said to have claimed he did not know the bag contained drugs while he was in court.
Source – Legit