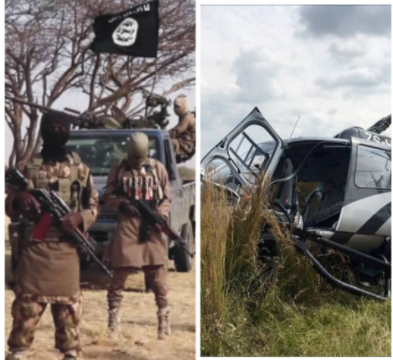 A helicopter crashed in Savoie, southeast France, killing five persons, French media report. The French Air Service (Service Aerien Francais, or SAF) helicopter with six people on board crashed at around 7:00 p.m., from an altitude of 1,800 meters in the town of Bonvillard in Savoie, according to BFM TV.

The pilot of the helicopter, who managed to eject himself, sent an alert and contact was established with one of the occupants of the aircraft. More than 40 personnel are engaged in the search and rescue operations, it added. French President Emmanuel Macron tweeted: “To save lives, they take all the risks.

“Tonight in Savoie, three members of the French Air Rescue (SAF) and 2 CRS Alpes succumbed to a helicopter crash.” Macron added that a wounded person is fighting for life, and expressed condolences to the families, friends and colleagues of “these French heroes.” CRS Alpes is a unit of the National Police specialised in mountain rescue in the Alps. The SAF group is a private company which owns some 40 helicopters covering operations including emergency rescue, passenger transport and aerial work.

Islamic State-linked Jihadists have killed 10 Nigerian soldiers while they took one as a hostage at a fierce battle in Borno State as confirmed by two security sources.

The gunbattle occurred when a team of soldiers invaded a camp of the Islamic State West Africa Province in Alagarno village in Damboa district. “We lost ten soldiers in the fight, and the terrorists took one,” a security source told AFP on Tuesday. The hostage was seized while fleeing to safety after the troops were outgunned, he said.

“It was an intense battle, and the terrorists also suffered casualties, but they were able to overwhelm the soldiers,” said a second security source who confirmed the toll. The insurgents seized four vehicles, including a truck and an armoured vehicle, the second source said. Both sources asked not to be identified.

Alagarno, which lies 150 kilometres (90 miles) from regional capital Maiduguri, is a stronghold of ISWAP, which split from the Boko Haram jihadists’ group in 2016 and rose to become a dominant force.

ISWAP has increasingly been attacking civilians, killing and abducting people on highways as well as raiding villages for food supplies.

On Tuesday, ISWAP said its fighters killed seven soldiers while repelling an attack in Alagarno forest.