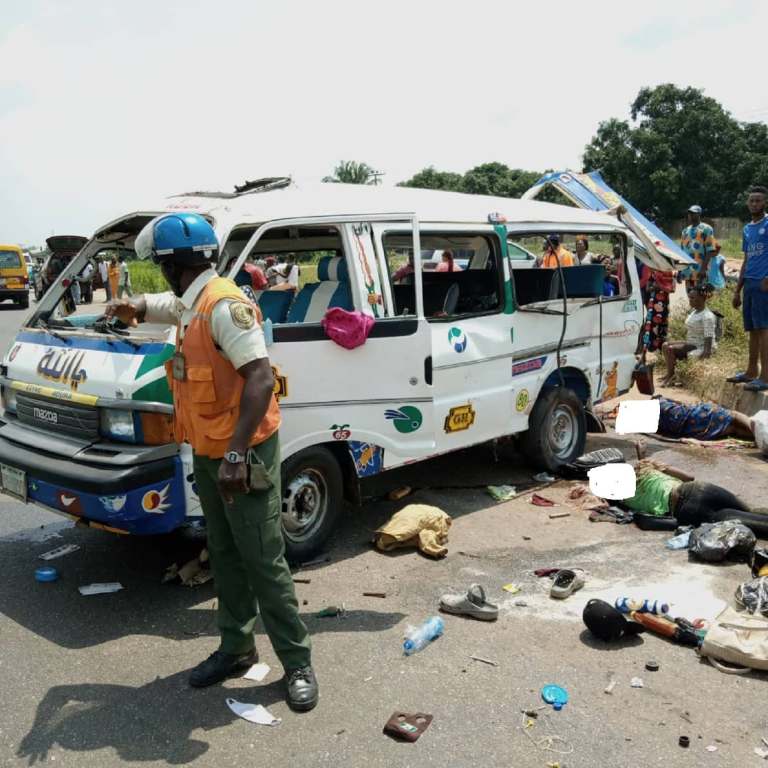 Three people have reportedly died while six others were injured, Tuesday, when a Mazda bus reportedly somersaulted in Ogun axis of Lagos/Ibadan Expressway.

Among the injured were two males and four females and the fatalities, a toddler and six years old girl all supposedly were passengers in the ill-fated bus. The incident occurred at about 2.05 pm, at Youth Camp, inbound Lagos when the bus with number plate FUF 109 ZD, suffered tyre burst on motion and somersaulted.

The bus was said to be travelling from Kwara State when the crash was recorded leaving two passengers dead on the spot while another died on the way to the hospital.

A Judge of the High Court of the Federal Capital Territory (FCT), Justice Jude Okeke, died on Tuesday at the National Hospital in Abuja.

It was gathered that Justice Okeke, aged 64, had complained of chest pain some days ago after which his condition deteriorated.

Justice Okeke, who until his demise occupied the ninth position in the hierarchy of the FCT High Court judges, handled the corruption case instituted against a retired judge of the Federal High Court, Justice Adeniyi Ademola, along with his wife, Olubolade, and a Senior Advocate of Nigeria, Joe Agi.

President Muhammadu Buhari has ordered rejig of operational strategies of the nation’s security network to effectively counter the security situation across the country.

He also revealed that the administration was working on a solution to the security crisis in some parts of the country, saying that the Minister of Defense, Major General Bashir Salihi Magashi (Rtd), was “working on something” to give effect to President Buhari’s earlier marching orders to service chiefs. 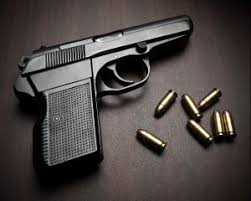 The deceased was said to be carried by the mother when the incident occurred. The Nation gathered that the mother of the baby, a resident of Nkwelle Awka, had boarded the tricycle from Eke Awka market and was heading home when the stray bullet allegedly from a suspected cultist suddenly hit her baby.

A source from the family said the baby died on the spot while the mother, identified as Mrs. Okoro sustained serious injuries in her hands from the bullets.

Niger Delta activists have faulted the move by the Interim Management Committee (IMC) of the Niger Delta Development Commission (NDDC) to inaugurate the 29km Ogbia-Nembe Road in Bayelsa State describing it as a ploy to deceive the Presidency.

The activists under the auspices of the Niger Delta Rights Advocates (NDRA) said the invitation sent to President Muhammadu Buhari by the Keme Pondei-led IMC for inauguration of the road project done by erstwhile management of NDDC was diversionary. Spokesperson of NDRA, Darlington Nwauju, said though government is continuum, the case of Pondei-led team was different because it was a ploy to trick the people of the region.

He said: “Whereas there are a plethora of uncompleted and abandoned projects which the IMC could lay hands on to deliver to the people of the region, including the Headquarters project which the Prof Pondei team had made so much media noise about; the NDRA considers the attempt by Prof. Pondei and his team as a ploy to dig into their bag of tricks to continue to put the people of the region in confusion while he and his co-travellers continue in the sharing bazaars.

Big Brother Naija, BBNaija, housemate, and Head of House, Ozo has explained what happened in the shower with Nengi.

There were side talks in the house on Monday that Nengi was in the shower with Ozo. However, Ozo speaking with Dorathy on Monday night at the Head of House luxury lounge said she just stood and did nothing while he took a shower.

He said: “I did not ask Nengi why she got in the shower with me, although Ka3na said I should have walked her out.

“I just told her if she was going to stand there, no problem, and I took my shower and left.”

Ozo seems to have feelings for Nengi, however, his friendship with Dorathy seems to be causing an entanglement between the three of them.