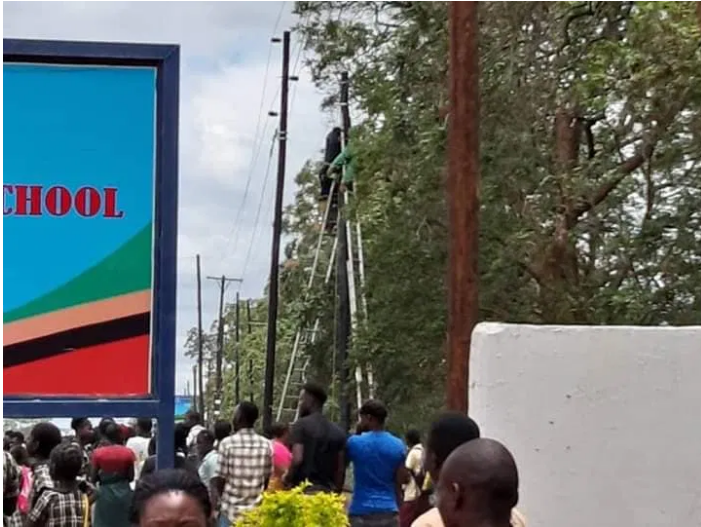 A Zamtel worker installing Zamtel fibre optic cable was electrocuted when his spanner accidentally touched a ZESCO wire at Silverest school opposite University of Lusaka.

It was gathered that as passersby came along the route nobody could help him as everyone was scared of being electrocuted too.

Speaking to one of the eye witnesses, he mentions that it all happened within the blink of an eye as they all saw the man mount the ladder to pass the optic fibre along the pole where he met his demise.

It is indeed a sad story as nothing can be pinpointed or blamed for the accident which led to the ZAMTEL worker’s death. Every one is advised to work with all sense of security and safety at all times.

His body has since then been moved to the nearest morgue.