The priest, Rev. Prof. Izu Marcell Onyeocha, was said to have been abducted around 7:00 a.m at Ihube Community in Okigwe Local Government Area of Imo State along Enugu -Port Harcourt Express Road.

The victim, who is a lecturer in the Faculty of Humanities at the Imo State University, is a native of Avuru Community in Ikeduru council area. He was said to have been on transit from Enugu to Owerri when the incident happened.

According to a resident of Okigwe town, the cleric was driving when the gunmen accosted him.

The gunmen were said to have shot sporadically into the air to force him to stop.

Imo police spokesperson Orlando Ikeokwu could not respond to enquires from The Nation as his phone line rang out without answer. 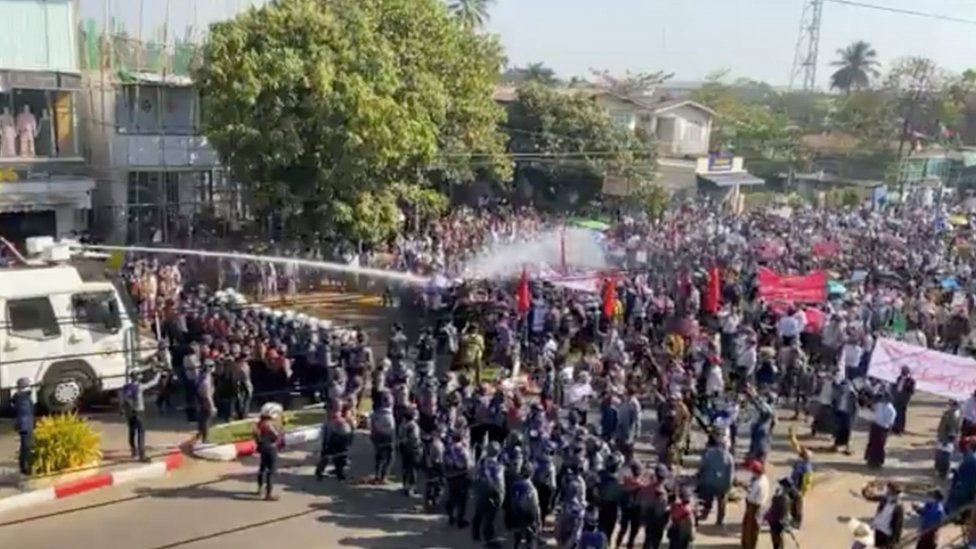 More than 80 people have been killed by Myanmar security forces in a crackdown on a protest in the city of Bago, activists say.

The military is reported to have taken away the bodies of those killed, and the true number of deaths may never be accurately established.

Witnesses told local media that soldiers had used heavy weapons and had shot at anything that moved.

More than 600 people have been killed since last month’s military coup.

The military has resorted to increasing levels of violence to maintain its grip on power.

The latest killings in Bago, near the main city of Yangon, are reported to have happened on Friday but took a whole day to emerge as many residents were forced to flee to nearby villages.

Monitoring group the Assistance Association for Political Prisoners (AAPP) said the actual number of deaths was likely to be much higher.

The Myanmar Now news outlet quoted protest organiser Ye Htut as saying: “It is like genocide. They are shooting at every shadow.” Mass protests have been taking place across Myanmar, also known as Burma, since the military seized control of the South East Asian country on 1 February and declared a year-long state of emergency.

The armed forces claim there had been widespread fraud during a general election late last year which had returned elected leader Aung San Suu Kyi and her National League for Democracy (NLD) party to power. The election commission has dismissed this.

On Friday ousted MPs and Myanmar’s UN ambassador called on UN Security Council members to take action against the military, including extending sanctions and imposing an arms embargo and no-fly zone.

The UN meeting was also warned that Myanmar was “on the brink of state failure”.