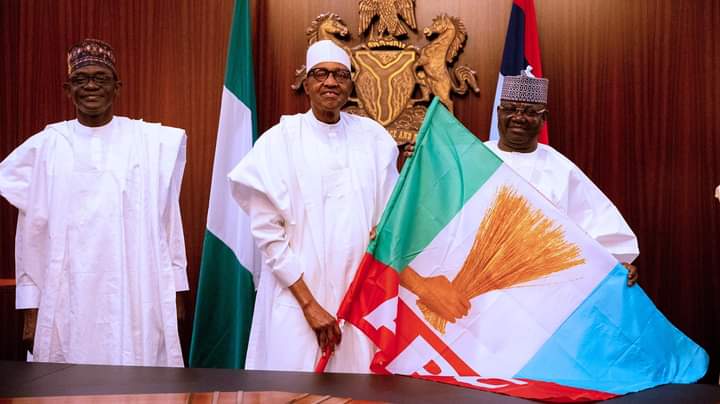 The Lawmaker representing the Taraba South Senatorial District at the upper chamber was officially received into the party by President Muhammadu Buhari in Abuja.

Men of the Nigeria Police Force (NPF) have taken over the national secretariat of the All Progressives Congress (APC) in Abuja. This is ahead of the inauguration of the party’s state executives today.

Our correspondent gathered from impeccable sources that the party’s national leadership deployed the Police to forestall the breakdown of law and order.

Many state chapters of the APC are enmeshed in crisis following the outcome of last year’s state congresses.
Journalists were later allowed entry into the secretariat building but none of them is allowed to go out of the building.

No vehicular movement as the Police used their patrol vans to barricade both sides of the road.

The inauguration of the states’ executive board is yet to commence as of 2:00pm as the party leaders were still meeting with the caretaker committee behind closed doors.
Source – Daily Trust