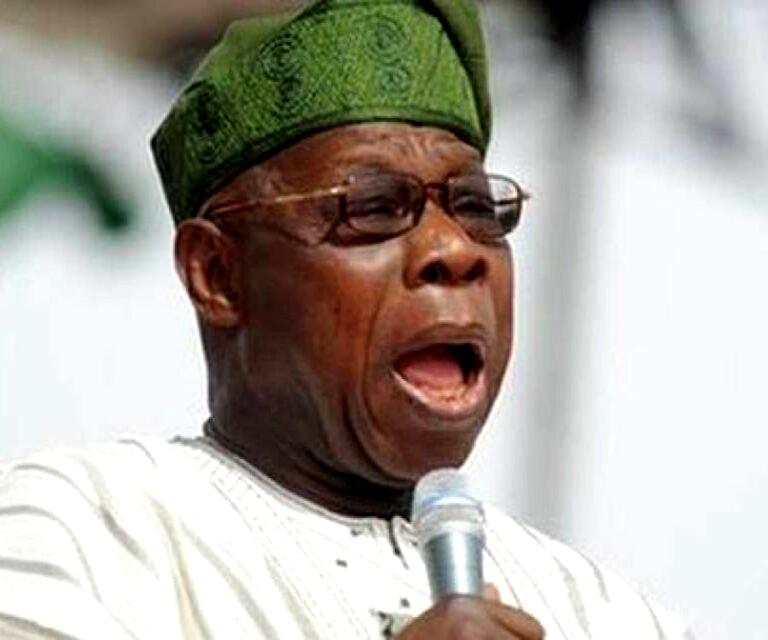 A huge mango plantation belonging to former President Olusegun Obasanjo has been burnt down by unknown hoodlums at Howe community in Gwer East Local Government Area of Benue state.

Vanguard gathered that the 140 hectares plantation was torched at about 2 pm on Saturday by the arsonists following probable disagreements with the locals over compensation for the piece of land that originally belonged to the state government.

He said: “the fire on the 139 hectares farm was started at about 2 pm on Saturday by hoodlums and nearly half of it is gone. It was clearly a sabotage.

“It was strange that there was fire outbreak in the farm because the farm was properly safeguarded, so it was obvious that it was sabotage.

“We summoned a meeting of stakeholders and leaders over the matter in order to fish out the perpetrators and by the grace of God we have already apprehended four persons and investigation is still ongoing to fish out more culprits.”

When contacted, the Director of the State Fire Service, Mr Donald Ikyaaza, said his office received a call from the police Saturday afternoon and successfully put out the fire late at night.

“When we received the call from the Police in Aliade the Local Government Headquarters I dispatched my men to the place immediately and we were able to put out the fire outrightly.

“In fact, my men while coming back to Makurdi that night were caught by armed robbers who beat them seriously and collected all the money they hand on them including their handsets. So that was the compensation we got for fighting the fire at the Obasanjo farm.

The President in December vetoed the bill, leading to a fresh amendment by the National Assembly.
It is, however, uncertain if the President would assent to the reworked bill. This followed a report that governors were not happy with the new amendment and planned to prevail on the President not to sign it.

The Nigerian Senate last Tuesday, passed the harmonised version of the Electoral Act Amendment Bill.
The harmonised version is the final agreed version between the Senate and House of Representatives on the amendment to Clause 84 of the bill. The direct, indirect and consensus primary modes of nominating candidates by political parties for elections have been included.
Last week, there had been a controversy after the two chambers approved different versions of the Electoral Act (Amendment) Bill, 2021. While the Senate offered the re-amended bill for direct, indirect primaries or consensus as the procedure for the nomination of candidates by political parties for various elective positions, the House only provided direct and indirect mode.

Senate President, Ahmad Lawan, who presided over the plenary, stated that both chambers have agreed to give a clear and sufficient definition for each mode of primaries, and how they would be conducted.
He explained that for the consensus method, the two chambers have produced a very clear definition of how a consensus candidate would emerge.
President Buhari had failed to sign the bill to the law over the provision of direct primaries as the sole mode of conducting political parties’ primaries.
The bill earlier passed by the National Assembly on November 18, 2021, stipulates that “a political party seeking to nominate candidates for elections under this bill shall hold direct primaries for aspirants to all elective positions, which shall be monitored by the commission”.
Buhari had disclosed he would assent the electoral bill if the lawmakers provided options for the conduct of political parties’ primaries.
The President enumerated a series of disadvantages of the system, which he said included the manipulation by incumbent officeholders, who seek re-elections, as well as political parties’ inability to muster the funds to finance it.

Presidential hopeful and All Progressives Congress chieftain, Rochas Okorocha, has described the fresh fraud charges against him by the Economic and Financial Crimes Commission as being politically motivated.

He spoke on Channels Television’s ‘Politics Today’ programme monitored by The PUNCH. The PUNCH had reported that the anti-graft agency on Monday filed N2.9 billion fraud charges against the former Governor of Imo State.

The fresh fraud charges were filed at the Federal High Court, Abuja, hours after the former governor officially declared his presidential ambition for 2023. In the 17 counts filed on Monday, EFCC alleged that they conspired to steal N2.9bn public funds but the presidential hopeful denied the allegation, describing it as “false”.

He said, “The story of Rochas and EFCC and the story of Rochas and Imo State have been a long-dragging one. Actually, I am not aware of N2.8 billion suit but what I do know is that the stage I find myself with EFCC is that I have an order against EFCC from Federal High Court on my human rights abuses and the EFCC refused to obey that order. Again, the EFCC asked the judge to recuse himself or resign from the case.”

“It’s been one drama or the other but what is happening, I don’t want to say it is politically motivated but it is looking more like it. EFCC is an investigation agency but EFCC should please try and not make it look like a political issue and obey simple court directives. They should try and investigate the matter and get real facts before they start advancing some of the actions they take.

“Now, I am declaring today and they are filing a case against me today, that goes a long way that there is some kind of political undertone in this matter.

“I have my respect for EFCC and I want them to do the proper thing, it will help our nation and the image of our government.”

Okorocha had been grilled a few times by the anti-graft agency over alleged financial fraud and some of his property and those owned by his family members had been taken over by the government of his successor, Hope Uzodinma but Okorocha maintained that he is not guilty of any of the allegations as no court of law in the court has yet declared him as guilty.