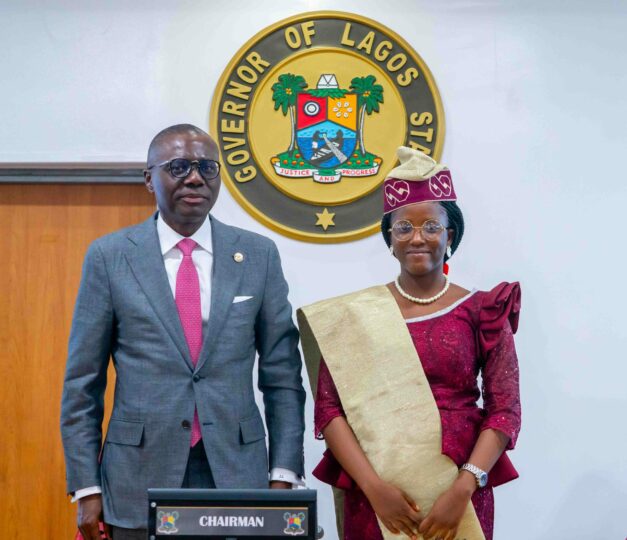 Governor Babajide Sanwo-Olu on Monday yielded the seat of authority for Ms Jemimah Marcus to step in as one-day Governor of Lagos State.

Jemimah, the 17-year-old student of Angus Memorial Secondary School, won the 2020 edition of the Spelling Bee Competition, thereby earning the honour to become the one-day Governor.

She presided over the weekly Executive Council meeting of the State’s cabinet as Sanwo-Olu temporarily stepped aside and observed the proceedings.

Presiding over the cabinet meeting, Ms Marcus commended the Sanwo-Olu administration for initiating “laudable” programmes through its THEMES agenda to turn around governance and service delivery.

According to her, Sanwo-Olu is a “transformational leader” who had recorded giant strides in education, health, housing, infrastructure renewal, transportation, youth and women development.

“Mr Governor, I commend your team for excellent leadership, as well as proactiveness in critical sectors. In education, the State Government has embarked on revamping schools and delivering new ones to improve access.

“This effort has been complemented with massive innovative programmes, such as EKO EXCEL, Lagos Learns Together, Read Loud, EKO Digital School, and job initiatives.

“These laudable programmes have impacted on students, teachers and the out-of-school learners, as the initiatives have improved teaching and learning with an excellent outcome.

“With the deployment of technology, I can say teaching techniques across Lagos schools are no longer what they used to be. The success of these programmes is evident in the performance of students in their academic.”

Meanwhile, she solicited more funding for her school, and schools where students learn under harsh circumstances, while also asking the Governor to support her parents to help her realise her future dreams.

Describing the one-day governorship as a “dream come true”, she praised Senator Tinubu for the legacy programmes.

Responding, Sanwo-Olu said the one-day governorship programme was one of the ways employed by the State to raise future leaders.

He noted that the initiative had afforded winners the opportunity not only to improve in their learning but also to expose them to the rudiments of public administration.

“I am delighted to say that the competition has been achieving its desired vision and objectives. The organisers will be following up on your future endeavour to ensure you acquire the right leadership skills and become responsible citizens.

“Your success at the competition is an encouragement for us to do a lot more, especially in education.

“We will ensure that your teachers are given the right encouragement so that they can continue to impart quality knowledge across our various schools.”
Source – PM News 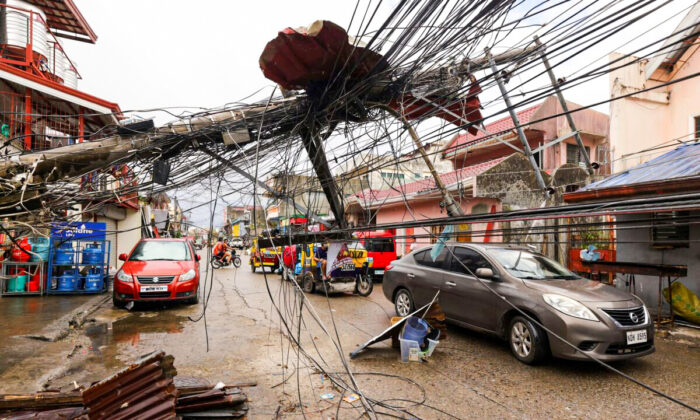 The death toll from the strongest typhoon to batter the Philippines this year climbed to 375, with more than 50 others still missing and several central provinces struggling with downed communications and power outages and pleading for food and water, officials said Monday.

At its strongest, Typhoon Rai packed sustained winds of 195 kilometers (121 miles) per hour with gusts of up to 270 kph (168 mph) before blowing out into the South China Sea on Friday.

At least 375 people were killed, 56 were missing and 500 were injured, according to the national police. The toll may still increase because several towns and villages remained out of reach due to downed communications and power outages, although massive cleanup and repair efforts were underway.

Many were killed by falling trees and collapsing walls, flash floods and landslides. A 57-year-old man was found dead hanging from a tree branch and a woman was blown away and died in Negros Occidental province, police said.
Source – Miami Herald