29 Dead, About 14 Persons Unaccounted For In Kano Boat Mishap – Official

At least 29 people including Islamiyya school children have been confirmed dead in Tuesday boat mishap in Bagwai River in Bagwai Local Government Area of Kano state.

The boat had about 50 passengers aboard including Islamic school children going to an Islamic event.

Speaking on the casualties figures, the police spokesperson in Kano, Abdullahi Kiyawa, told PREMIUM TIMES Wednesday evening that 36 passengers had been accounted for from the incident.

He said 29 of them were confirmed dead by medical doctors while seven others were rescued, and were recieving treatment at Bagwai hospital.

Mr Kiyawa said among the 29 corpses recovered, 21 were females while eight were males.

The victims rescued alive include four females and three males, the police said.

The boat was conveying Islamiyah school children and other passengers from Badau village to Bagwai town, the council headquarters.

The victims were on their way to Tofa local government area further afield for the Maulud celebration. 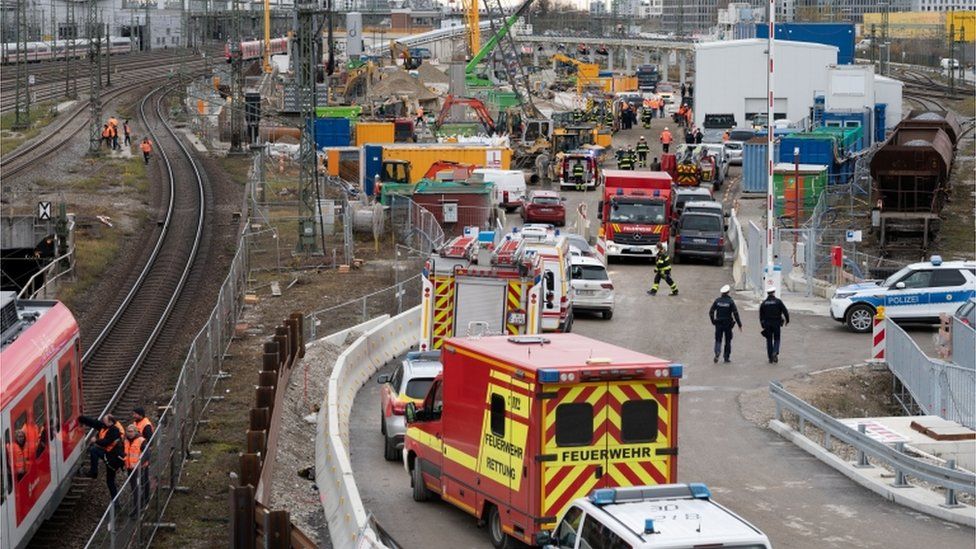 Four people were hurt, one seriously, when a World War Two bomb blew up on a railway construction site in the German city of Munich.

The fire brigade says it happened during drilling work near Donnersberger Bridge, close to the main station.

As a result rail traffic in much of Munich was brought to a standstill.

Unexploded wartime bombs are frequently found in Germany and prompt big evacuations, but most are defused by experts without exploding.

Police say the bomb went off during tunnel work near the bridge. Local reports described a loud bang followed by a column of smoke. An excavator was overturned by the force of the blast.

Emergency services rushed to the area and bomb disposal experts were quickly at the scene examining the remains of the bomb.

Rail operator Deutsche Bahn suspended travel to and from the central station but police said some long-distance lines had already returned to service.

It is not unknown for entire towns to be evacuated in response to the discovery of World War Two bombs, usually dropped by British and US forces. Big construction projects in the centre of Munich usually take considerable care in checking war-time ordnance.

“It has to be investigated why no-one spotted this bomb earlier,” Mr Herrmann told German media.

Seventy thousand people had to leave their homes in Frankfurt in 2017 when a 1.4 tonne British “blockbuster” bomb was discovered.
Source – BBC