Army will engage in war against bandits – COAS 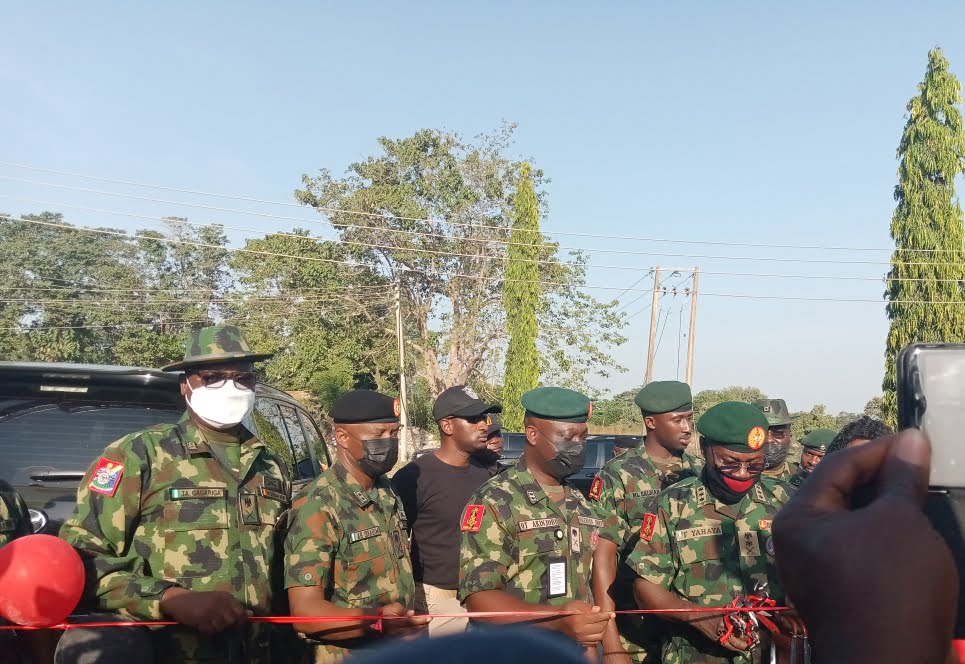 The Chief of Army Staff, Lieutenant General Farouk Yahaya, has declared that henceforth, the Nigerian Army will engage bandits and criminals in a war.

Yahaya, who stated during a familiarization visit to 31 Artillery Brigade and Tradoc Minna, Niger State, said the army will be more resolute and decisive in dealing with them.

“I commend them on the job they are doing they should be more resolute and more decisive in dealing with the criminals and we will engage bandits just like in a war. We kill them and bring their weapons. And that is what we will continue to do but there are challenges,” he stated.

He explained that he had travelled around all the states in Nigeria to access the security situation, saying “now that I came here, I have been briefed by my officers on ground”.

On the purpose of the visit, the Army Chief of Staff said, “the essence of the visit is to interact with the troops. To ginger them more to do better. The challenges across the nation have been enormous and we are doing our best. In a war like this, you can have surprises sometimes”

“There are challenges here and there and that’s why we are to address them. As acknowledged by many, there is much improvement as compared to the beginning we are continuing in that drive”.

He also appealed to other services and security agencies as well as relevant stakeholders to assist the Army in the aspect of information sharing.

“These criminal elements are living with us and if we all join hands together, we will eliminate them. Now we are making progress we have improved results. The others (other security agencies) are already contributing with us in the area of information sharing”.

Vice President Yemi Osinbajo Sunday shut down reports that he had opened a campaign office in Abuja preparatory to contesting the 2023 presidential ticket or the All Progressive Congress (APC).

The reports emerged Sunday suggesting that he had set up the office at No. 15b, Buchanan Crescent, off Aminu Kano, near Emab Plaza Wuse 2, Abuja.

According to the reports, the office which was allegedly inaugurated on Saturday, was set up under the auspices of Progressives Consolidated Group (PCG) complete with Osinbajo’s banner inscribed with the “Face of Hope.”

However, the reports have now been denied by the office of the Vice President.

The Senior Special Assistant to the President (Media & Publicity), Office of the Vice President, Laolu Akande, told Tribune Online on Sunday that the news is fake.

Asked what he had to say about the reports of the opening of the campaign office, he said in a WhatsApp message: “Fake News.”

The PCG, a campaign group within the APC, has said it has opened the campaign office on behalf of the Vice President even though without his consent.

Publicity Secretary of the group, Mr Emmanuel Pippa, in a statement issued Sunday, said it the group opened the office with the hope of getting Osinbajo to vie for the presidency.

The statement reads: “Our attention has just been brought to online publications alleging that the Vice President, Professor Yemi Osinbajo, has opened a campaign office in Abuja ahead of the 2023 elections.
Source – Tribune Online