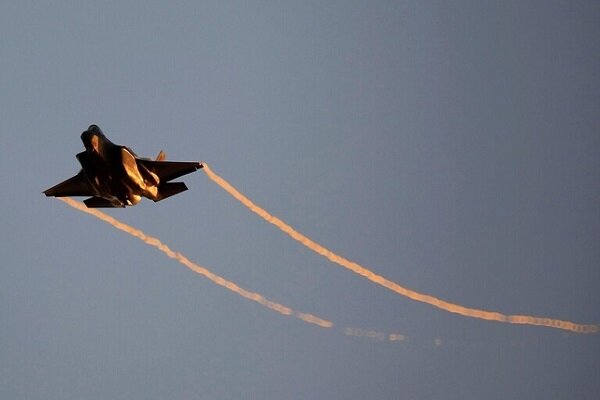 A British F35 jet from the UK’s flagship aircraft carrier has crashed into the Mediterranean while flying and the pilot has ejected in the first such incident to impact HMS Queen Elizabeth, he Sky News reported.

Hostile action is not thought to have been involved.

An investigation will likely focus on potential technical or human error.

A Ministry of Defence spokesperson said,”A British F35 pilot from HMS Queen Elizabeth ejected during routine flying operations in the Mediterranean this morning.

“The pilot has been safely returned to the ship and an investigation has begun, so it would be inappropriate to comment further at this time.”

The £100m next-generation RAF F35 jet is thought to be in the sea and has yet to be recovered.

Eight British F35 jets are on the carrier, along with 10 American F35s, the report further said, adding that the jets are the B variant of the Lockheed Martin jet, which can take off at a short distance and land on the carrier.
Source – MEHR News

No fewer than 14 persons have been reportedly killed in attacks across communities in the Sabon Birni local government area of Sokoto State.

According to Daily Trust, the attack was confirmed by a resident of Sabon Birni, who noted that the bandits invaded some villages in Unguwan Lalle district, on Tuesday night.

He noted that they killed one Abdullahi Usman at Unguwan Lalle town, nine at Tsangerawa village and four at Tamindawa.

“They also opened fire on a commercial vehicle at Gajid village, resulting in the deaths of three persons, including the driver,” he said.

According to the source, five other passengers, who sustained gunshot injuries, are currently receiving treatment in a hospital.

He also explained that the bandits were said to have abducted three persons in the village, and later released after an agreement that the locals would pay N2 million levy within few days.

The state Commissioner of Police, Kamaluddeen Okunlola, who also confirmed the incident, said eight persons were killed by the attackers.

“They attacked some remote villages which are not accessible due to bad road. But by the grace of God, we are going to get them. We are working on them. Even last night, Mr. President directed for more military equipment to Sokoto,” he said.

Meanwhile, bandits killed one hunter and abducted about 30 persons in Zazzaga Community in Munya Local Government Area of Niger State.

The incident was confirmed by the Commissioner of Police in the State, Monday Bala Kuryas.

It was gathered that the attack started at about 2am on Wednesday.

The police boss said, “The police are already on the trail of the attackers to rescue the kidnapped victims unhurt.”

The Munya Local Government Secretary, James Jagaba however, stated that 68 people including women and children were abducted.

He said the bandits unleashed the attack at a time when the residents if the community were fast asleep.
Source – Sahara Reporters