Aisha died at the age of 96 in Yola, the capital of Adamawa state, Sunday afternoon.

Jana’za (burial rites) according to Islamic injunction was about to commence at the time of filing this report.

A family member, Sani Garba confirmed the death to SaharaReporters, saying, “Prayers will start shortly at the Jimeta Central Mosque, in the state capital, after which jana’za (burial) would take place at the Jimeta cemetery.”

Meanwhile, Governor Ahmadu Fintiri has commiserated with the family of the presidential aide.

The Director-General, Media and Communications to the governor, Solomon Kumangar said, “The demise of Mama Aisha, mother of the president’s chief aide, Sarki Abba, has come to the governor as a rude shock.

“Though she died at the ripe age of 96, we in Adamawa are in pain because of her departure. We, therefore, sympathise with our own Sarki Abba, President Muhammadu Buhari and the entire family at this time.”
Source – Sahara Reporters 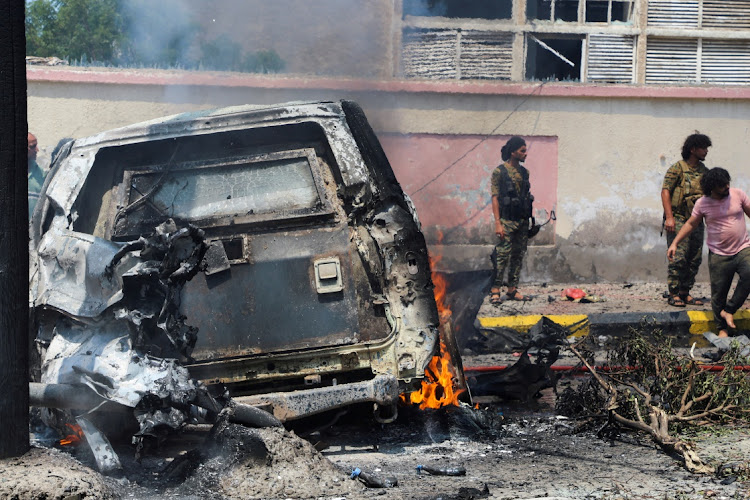 Killed in the attack were the governor’s press secretary and his photographer, the head of his security detail and a fourth companion as well as a civilian bystander, a local government source said, adding that at least 10 others were injured.

A military spokesperson of the separatist Southern Transitional Council (STC) earlier said at least five people were injured including three civilians, one of them a child.

A body covered with a blanket lay on the street next to a charred vehicle in al-Tawahi district, which houses the STC headquarters. Firefighters and police were deployed to the area.

Lamlas is secretary-general of the STC, which has vied with the Saudi-backed government for control of Aden and Yemen’s wider south. STC has also seen infighting among its ranks.
Source – Times Live