The BRACED Governors’ Council also known as South-South Governors’ Forum said it has approved a joint regional security outfit which would be floated soon.

Chairman of the Forum and Delta State Governor Ifeanyi Okowa said this was part of the resolution reached at the end of their meeting held at Government House, Port Harcourt, Rivers State.

The Delta State governor, who read the Forum’s communique, said BRACED has unanimously supported states on the collection of Valued Added Tax (VAT) and agreed to join the suit at the Supreme Court.

Governor Okowa, who presided over the meeting, called on the President and National Assembly to review some unfair aspects of the recently signed Petroleum Industry Bill, which has become an act.

‘Bearing in mind that most of the BRACED states have established their state security’s organs, we approved the regional security architecture, which will be launched very soon. Unequivocally support the decisions of states to collect Valued Added Tax and resolved to join the suit at the Supreme Court.

‘Council urged the President and the National Assembly to take some measures to review some unfair aspects of the recently signed Petroleum Industry Bill now Act, to ensure fairness and equity. It urged that the amendment should include the clear definition of host communities and that the trustees should be appointed by state governments.’

BRACED called on President Muhammadu Buhari to uphold the law establishing the Niger Delta Development Commission (NDDC), by appropriately constituting its board and make public the forensic audit report.

‘In addition, we express the hope that the Federal Government will make the forensic audit report publicly and deal justly and fairly with the report with a view to strengthening the capacity of NDDC to meet its obligations to the people of the region.’

The council regretted that the President and the Federal Government have entirely failed to give considerations to requests made by the region during the dialogue with a special federal delegation led by Prof. Ibrahim Gambari, Chief of Staff to the President.

‘Notable among the requests were the relocations of NNPC subsidiaries and IOC headquarters to the region and the completion of a number of federal projects in the region notably roads.’

The council, however, expressed its appreciation to the host governor, Wike, for his warm hospitality and the success of the region.

It also commended the Director General of the commission for his commitment to the region’s aspirations.

Buhari Appeals For Peace In Ethiopia 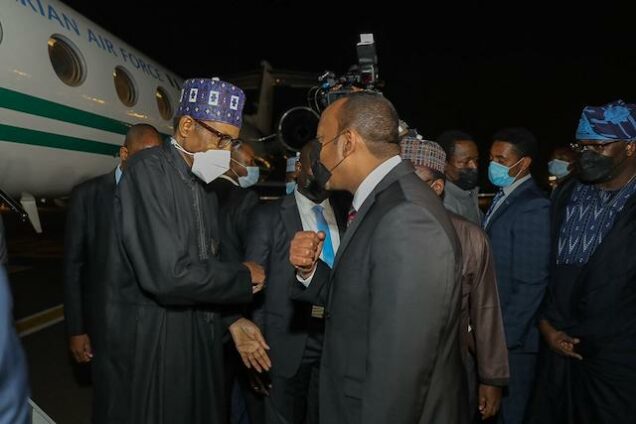 President Muhammadu Buhari Monday in Addis Ababa, called for peace and stability in Ethiopia, amid the many challenges facing the East African country.

In his goodwill message at the inauguration ceremony of Prime Minister Abiy Ahmed for a second-five year term in office, the President pledged that Nigeria would continue to support the unity and territorial integrity of Ethiopia.

”We are well aware of the many challenges facing the people of the Federal Democratic Republic of Ethiopia, and we encourage all parties to come together in the interest of the unity, progress and wellbeing of Ethiopia.

”Your Excellency, you therefore have a great opportunity to continue to work for the peace and stability of Ethiopia,’’ he said.

The President delivered his message in the presence of African leaders and a jubilant crowd of Ethiopians at the Meskel Square.

He told the newly inaugurated Prime Minister that Nigeria, like many other countries, was counting on his leadership to unleash the great economic potentials of Ethiopia by expanding investment opportunities, deepening relations and building trust at home and abroad.
Source – PM News Nigeria 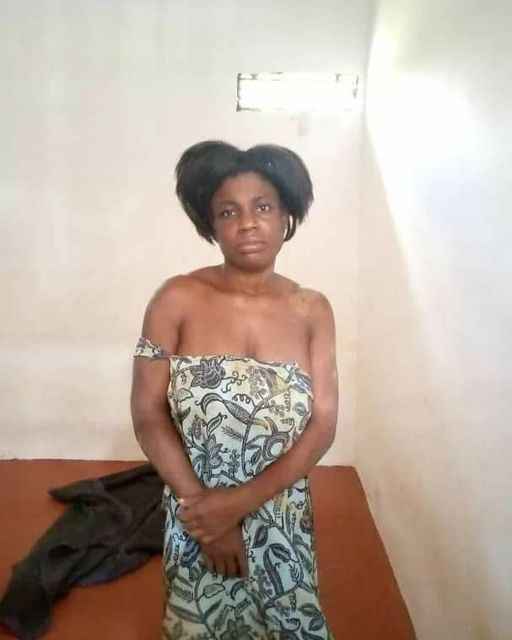 The incident happened at Tei Glover, a farming Community near Akyem Bosuso in the Fanteakwa South District on Sunday, October 3, 2021.

The suspect was arrested by police while the headless body of her husband, Lartey Daniel, 35, has been deposited at the morgue for autopsy.

According to local media reports, a misunderstanding ensued between the couple over alleged cheating.

While the deceased was on his way to the farm, the suspect trailed and allegedly pushed him to the ground and took control of the cutlass to allegedly cut off his head.

The Public Relations Officer of the Eastern Regional Police Command, DSP Ebenezer Tetteh, who confirmed the incident to the media said the police upon receipt of information about the crime at about 7:30 am Sunday, October 3, 2021, dispatched investigators to the scene.
Source – Linda Ikeji