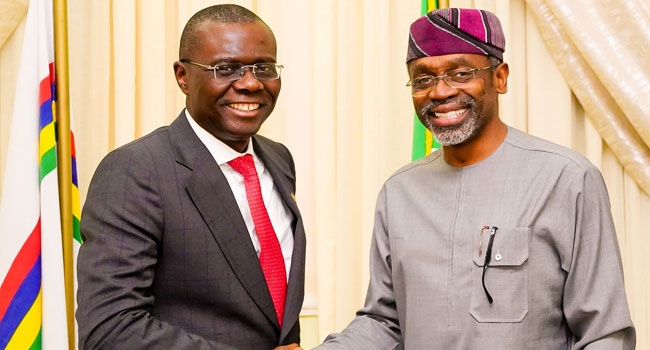 This was just as the Speaker representing Surulere 1 Federal Constituency in the green chamber of the National Assembly dismissed his rumoured ambition to contest for the Lagos’ governorship seat in 2023, saying he had “no immediate plan” to contest the seat as the task before him as Number 4 citizen in the country was enormous and tough enough for him to be distracted by the rumour.

Gbajabiamila threw this support on Tuesday in an interview aired on Channels TV, saying Sanwo-Olu had been doing a good job in governing Lagos, notwithstanding the difficult time he had faced in the last two years, stressing that he must not be distracted on the assignment.
Source- Tribune

It was gathered that the notorious terrorist was killed in August 2021. He was the son of Boko Haram founder, Mohammed Yusuf, who was gruesomely shot dead by security agents in 2009.

Al-Barnawi rose to power in 2016 when he was announced as the leader of the Islamic State’s West African affiliate Boko Haram, which was being led by Abubakar Shekau. This development caused a serious rift within the terrorist group.

It can be recalled that Shekau had sworn allegiance to ISWAP in 2015. His removal in 2016 leading to the rise of Albarnawi, split the terrorist group into two factions.

Shekau had solid control over Sambisa forest and part of the Mandara Mountains while Albarnawi controlled large territory in Northern Borno, imposed taxes on the local population and earned serious income from fishing.

In May 2021, Reports emerged that Shekau killed himself after ISWAP fighters engaged him in a fierce battle in one of his enclaves in Sambisa Forest. Albarnawi celebrated Shekau’s demise.

However, his death is shockingly coming two months after Shekau’s. According to sources, he was killed around Bula Yobe, a community near the Borno/Yobe states border along Mobbar and Abadam axis that leads to the Lake Chad area.

Circumstances surrounding his death are still unclear but reliable sources disclose that a leadership tussle within his group led to his death.
Source – Politics Nigeria