The Federal Government had on Friday ordered all internet service providers to suspend Twitter. However, many Nigerians have been using the Virtual Private Networks to circumvent the ban.

The statement by the AGF read, “Attorney General of the Federation and Minister of Justice, Abubakar Malami, SAN has directed the immediate prosecution of offenders of the Federal Government ban on Twitter operations in Nigeria. 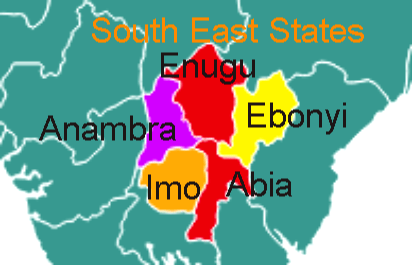 The South Eastern part of the country is bleeding. The east has not recorded such killings since the civil war ended in 1970. Residents are picked from the comfort of their homes and killed by both known and unknown gunmen while scores of unidentified corpses are dumped daily in the mortuaries.

As indiscriminate arrests of innocents citizens are going on, the residents are living in fear and families of the victims are crying for justice. It is a tale of sorrow, tears and blood in the region.

In Abia, a widow, Edith Amadi, 46, narrated how her son, Onyebuchi Anthony Amadi, 27; and nephew, Obinna Onyebuchi Egekwu, 30, were allegedly killed by security personnel in the aftermath of the attack on the State CID by unknown gunmen. The widow who hails from Oforola in Owerri West Local Government Area of Imo State, lost her husband in 2009.

Accusing the Nigerian Army of murdering her son and others in cold blood, she said her son, nephew and another boy simply identified as “Onye Photo” ( photographer) were arrested in their family house at Ugwunchara Umuahia, hours after the attack.

The window said her son and other victims whisked away from their family house were not members of the gang of the unknown gunmen that allegedly attacked the police station, and wondered the justification in their extra-judicial killing.

A special report from the International Society for Civil Liberties and Rule of Law, signed by Emeka Umeagbalasi, Chinwe Umeche and Chidimma Udegbunam said the rights group was in possession of graphic details of how soldiers, police and other Nigerian security operatives presently deployed in the East abducted innocent citizens and allegedly killed them.

According to the report, “these have led to not less than 170 open killings, secret abduction and permanent disappearance or feared unlawful execution in custody of no fewer than 550 and general arrest/abduction of not less than 2100.

“The arrested/abducted are presently held in different open and secret dungeons located within and outside the East and among those outside the East are Makurdi Prisons in Benue State where over 300 were recently found to have been transferred and kept. Others are conventional and unconventional military, police and SSS detention facilities in Abuja, Niger State and other undisclosed locations in the North.

They are also in Owerri, Awka, Port Harcourt and Abakiliki State CIDs and Prison or Correctional facilities such as Owerri Prisons holding over 130 including 107 remanded days ago.

“Shockingly, in the past one week or Monday 24th to Sunday 30th May 2021, not less than 30 open and secret killings by soldiers and police have taken place with most taking place in Imo State where scores of corpses have been freshly traced to the mortuaries of the Government Medical Centers.

The slain are all victims of extra-judicial killings including innocent citizens ‘killed after the act’ at crime scenes and falsely labeled for gallantry. The findings above cover the first five months of 2021 or January to May 2021.”

“Intersociety had investigated and found as follows: That: soldiers, police and other security operatives have since January 2021 openly shot and killed over 170 persons in the two regions out of the number, at least 145 are innocent citizens or victims of extrajudicial killings while 25 others are combatively involved.

“That: the named security agencies have abducted over 2100 and falsely labeled over 90% of them “ESN hoodlums/terrorists” including over 300 dumped recently in far away Makurdi Prisons in Benue State, over 70 dumped at Awka State CID and over 107 others recently remanded in Owerri Prisons after “mobile court” mumbo jumbo arraignment.”

“That: soldiers accounted for most of the abductions and disappearances including not less than 550 citizens who disappeared since January 2021 or suspected victims of unlawful executions. That: over 90% of those paraded by soldiers and police as “ESN hoodlums/terrorists” are innocent; and same goes for over 90% of the slain bodies tagged “ESN hoodlums killed in gun duel with security forces”. They are victims of ‘after the act’ crime scene shootings and killings,” they said.

However, they added: “The six innocent citizens of Imo State wrongly arrested and falsely labeled by the Imo State Command have been released. Five of the six regained their freedom late night of yesterday, 3rd June 2021 from Imo State CID Headquarters and Owerri Correctional Headquarters or Prisons. The five newly freed innocent citizens are: Smith Amadikwa, Casmir Ugbor, Ojukwu Ukonu, Emeka Mbonu and Engineer Ikechukwu Okomah. They were wrongly arrested on 12th, 13th, 14th, 13th and 19th May 2021, respectively; and publicly paraded on 28th May 2021 and falsely labeled “ESN hoodlums that attacked Imo State Correctional/Prisons Headquarters and others”.

Also reacting to the spate of insecurity in the region, the Catholic Archbishop of Owerri Ecclesiastical Province, Most Rev. Anthony J. V. Obinna, lamented the careless and stealthy dumping of no fewer than 35 unidentified corpses in the Federal Medical Centre morgue, Owerri, within a few days.
Source – Vanguard