The youth wing of the apex Igbo socio-cultural body, the Ohanaeze Ndigbo has given a 48-hour ultimatum to every Fulani with AK-47 in any part of the South-East or be treated like “bush amimals”.

The ultimatum is coming on the heels of the revelation that over 332 Fulani camps across South East are occupied with AK-47 carrying Fulani militia.

According to Vanguard, a former Deputy Inspector General of Police, DIG Celestine Okoye, had in a media interview, said that “there are 332 Fulani herdsmen settlers heavily armed with AK47 rifles across the five states of the South East zone waiting to unleash terror on Ndigbo.”

Why Women Are Applying Tobacco On Their Private Parts 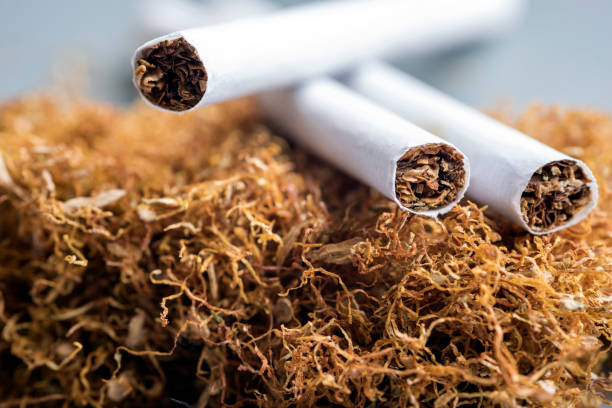 A section of Tanzanian women are applying ground tobacco on their privates to stop the urge of having sex.

According to a report by the BBC, the women, from Tabora, also view the act as a family planning method.

“When I put the tobacco (in my privates) I feel like I have been with a man. Even if a man makes a move at me, I feel like he’s just a nuisance.

“An old woman told me to mix the ground tobacco (ugoro) with soda ash (magadi) before mixing it with cooking oil. When placed in the privates, the urge to have sex ceases,” Asha Said.

According to Asha’s husband Hamidu Santu, he was prompted to investigate the matter after she turned down his advances time and again.

“Whenever I asked her (for conjugal rights), she declined. After carrying out my investigation, I found her with tobacco, despite neither of us using the drug.

“I asked her why she had tobacco yet she did not smoke it but she didn’t respond. After constantly inquiring on the matter, she finally told me what she uses it for,” he said.

Asha further revealed that the tobacco is mostly used by divorced women, widows or those whose husbands are away for a long time.
Source – Vanguard

The Economic and Financial Crimes Commission (EFCC) has arrested 18 suspected internet fraudsters aka “Yahoo boys” at a hideout in Gwarimpa and Dawaki Extension in Abuja. 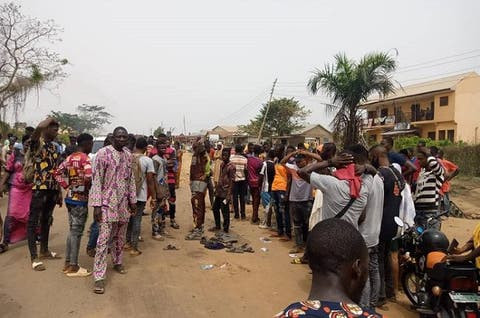 Four pupils of Ejioku Secondary School in the Lagelu Local Government Area of Oyo state have died after a sand-laden truck crushed them to death on Monday March 29.

According to reports, the pupils were going to school on a motorcycle when the truck crushed them to death along Iwo-Ibadan expressway. The unfortunate incident caused students of the school to vandalize articulated vehicles in Ejioku.

Confirming the incident, the spokesperson of the state police command, Olugbenga Fadeyi, said the bodies have been deposited in a morgue while investigation into the cause of the accident is ongoing.
Source – Linda Ikeji 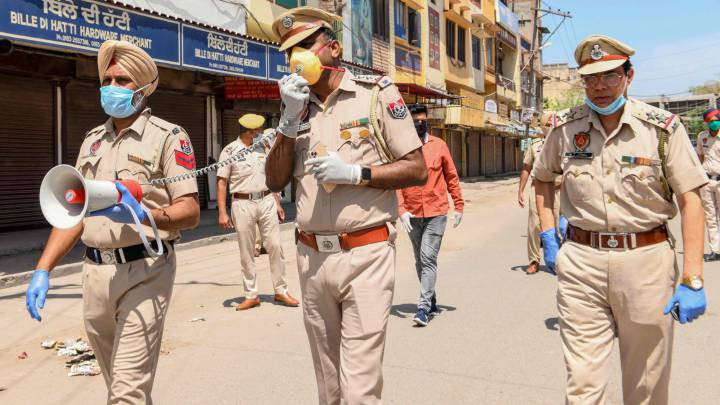 The death of a Nigerian man identified as Leohand Lyeanyi has triggered a protest at Outer Ring Road near Vikaspuri, as the Indian police have been accused of having a hand in it.

It was alleged that the 43-year-old Nigerian man died in West Delhi’s Tilak Nagar after an alleged brief interaction with a policeman in the early hours of Sunday March 28.

The police however denied this by stating that initial medical examination did not reveal any visible external injuries, and had no link to his interaction with a policeman and a home-guard patrolling duty in the area.

Urvija Goel, deputy commissioner of police (west) told newsmen that the police were in the process of arresting protesters who allegedly took part in the protest he described as “riot” near Vikaspuri, under the Tilak Nagar police station’s jurisdiction.
Source – Linda Ikeji

NDLEA Intercepts N2bn Worth Of Drugs At Lagos Airport, Arrest One Suspect 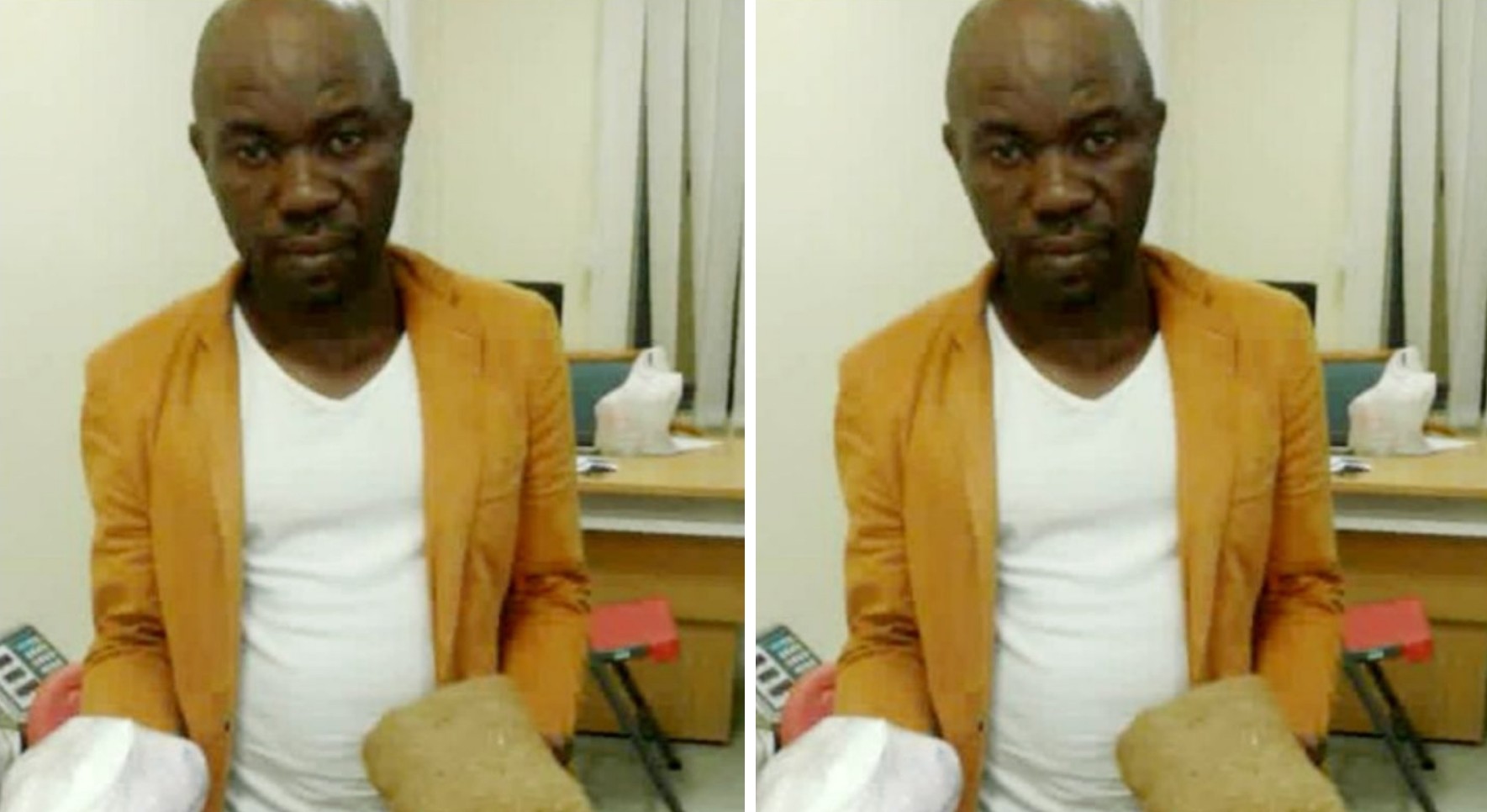 The agency arrested three suspected traffickers in connection with the crime, the spokesman, Femi Babafemi said.

He quoted the Commander, NDLEA MMIA command, Ahmadu Garba as saying that one of the suspects, was arrested on Sunday, March 28.
Source – Within Nigeria

Oh No! One Killed As Police Open Fire On Shiite Protesters In Abuja (Disturbing Photo) 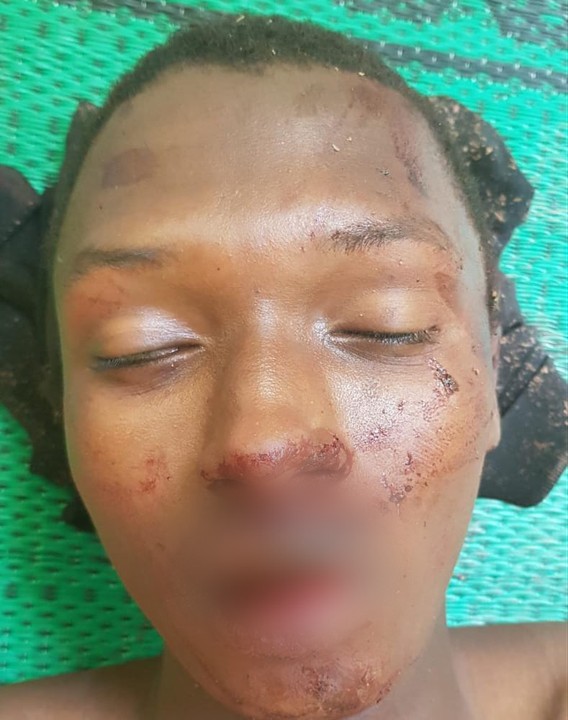 A member of the Islamic Movement in Nigeria (IMN) in Abuja has reportedly died after being shot by the police.

According to Peoples Gazette, the incident occurred Monday afternoon at the Human Rights Commissions’ office in the highly developed Maitama District.

Many other members were also left with bullet wounds after police forcefully dispersed them, the report stated.