Afternoon Report: Atiku Part Of Those Responsible For Where Nigeria Finds Itself Today — Presidency, APC Supporters Decamp To PDP The Presidency on Sunday, criticized the former Vice President Atiku Abubakar, saying he has also contributed to the economic downturn being experienced in Nigeria.

Speaking in an interview on Channels TV Sunday Politics, Special Adviser to the President on Media and Publicity, Femi Adesina stated that what Atiku said about 30 million Nigerians out of job was not new. As the insecurity situation grew worse, the Christian Association of Nigeria (CAN) Kaduna state chapter has called on the Federal and State governments to take drastic measures against the perpetrators rather than the usual issuance of a press statement.

CAN also observe that the lousiness of Governor Nasir El-Rufai led government was responsible for putting the state in pain of kidnapping and killings by the bandits on regular basis.

The state Chairman of CAN Rev. Joseph John Hayap made the assertions in Kaduna on Sunday evening while addressing the gathering of Christians and Christian leaders at the special prayer organized for Kaduna and Nigeria over rising insecurity…READ MORE>>> Stakeholders and members of the All Progressives Congress (APC) in Akwa Ibom have affirmed the Niger Delta Affairs Minister, Senator Godswill Akpabio as the authentic leader of the party in the state.

Led by the party’s national caucus member and two-time military administrator of Rivers and Ogun states, Group Captain Sam Ewang (rtd), they made the affirmation at the weekend during a stakeholders meeting of the APC in Uyo.

‘I Killed My Mother Because Pastor Said She Is A Witch’ 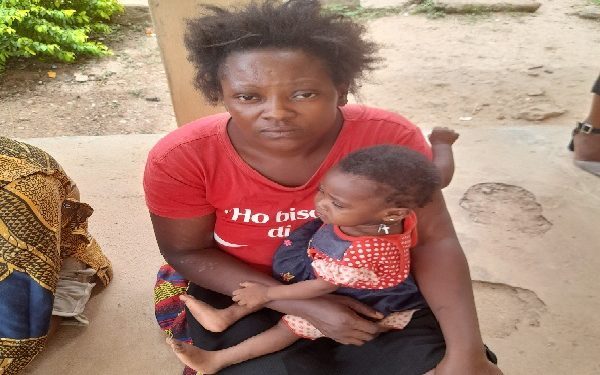 A 30-year-old woman, Blessing Jimoh, has been arrested by men of the Ondo State Police Command for allegedly killing her mother, Ijeoma Odo.

She was paraded alongside other criminals.

The Pastor is said to be on the run…READ MORE>>>

The National Leadership of Atiku For Nigeria (AFN), Sunday, stormed Dutse, the capital city of Jigawa where the state executive of the political platform were inaugurated.

The event which attracted a massive crowd, saw thousands of members of the ruling All Progressives Congress (APC) decamped the Peoples Democratic Party (PDP).

The AFN national leadership were welcomed by the jubilant people of Jigawa state.

In an interview with newsmen, the Director General of AFN Barr. Sunday Umeha said they were overwhelmed by the crowd that thronged the venue…READ MORE>>> The Nigerian Association of Resident Doctors (NARD) says it will embark on an indefinite strike from April 1 if the federal government fails to meet its demands.

This is contained in a communiqué issued on Sunday in Abuja at the end of NARD’s extraordinary National Executive Council (NEC) Meeting.

The communiqué said that the NEC had agreed that it would proceed on a total and indefinite strike on April 1, 2021, by 8:00 a.m…READ MORE>>>