The Supreme Court on Friday affirmed the 10-year jail term passed on a former governor of Plateau State, Joshua Dariye, who was convicted of criminal misappropriation and criminal breach of trust.

Mr Dariye was said to have looted N2billion public funds during his time as Plateau State governor, between 1999 and 2007.

The former governor, elected as the senator representing Plateau Central in the Nigerian Senate in 2015, was sentenced in June 2018 but still completed his tenure as a senator from jail in June 2019.

He led a partly successful appeal at the Supreme Court with a five-man panel of the court headed by Mary Odili, quashing his conviction in respect of criminal misappropriation in a unanimous decision handed down Friday.

The offences he was discharged of only attracted two years’ imprisonment and, so had no impact on his overall number of years of imprisonment.

The apex upheld the ex-govermor’s conviction in respect of criminal breach of trust, which attracted the 10-year jail term.

Adebukola Banjoko of the High Court of the Federal Capital Territory, Abuja had on June 12, 2018 convicted Mr Dariye and originally sentenced him to 14 years’ imprisonment on charges of criminal breach of trust and two years’ jail term for criminal misappropriation.

But following his appeal against the judgment, the Court of Appeal in Abuja on November 16, 2018, commuted the 14 years’ jail term to 10.

While the Court of Appeal affirmed his conviction, it held that section section 416 (2) of the Administration of Criminal Justice Act 2015, prohibited the imposition of maximum sentence on a first offender, such as the convict. 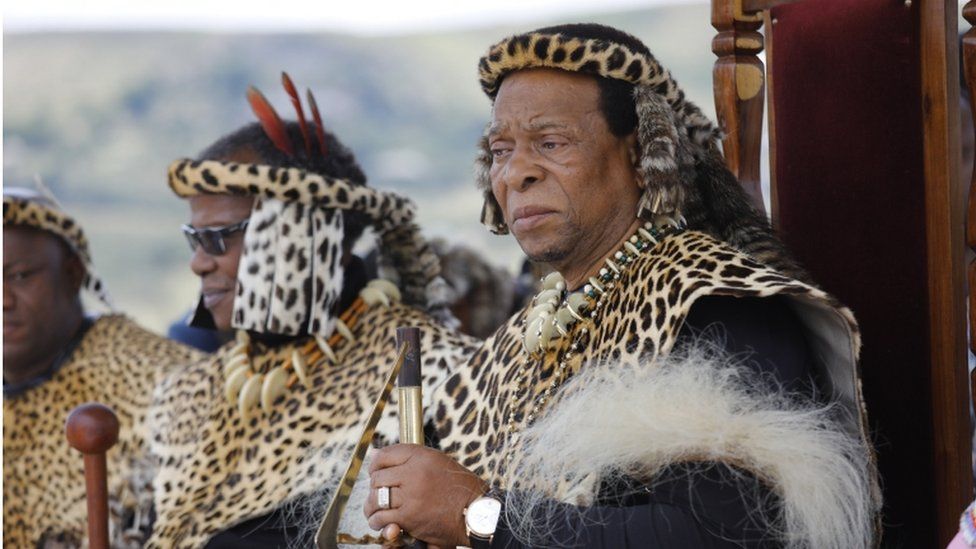 King Goodwill Zwelithini of the Zulu nation in South Africa has died in hospital where he was being treated for diabetes-related issues.

The king, 72, was the leader of South Africa’s largest ethnic group and an influential traditional ruler.

He had been admitted to hospital in KwaZulu-Natal last week to monitor his ongoing diabetes condition.

The king’s prime minister thanked South Africa for its “continued prayers and support in this most difficult time”.

King of the Zulu nation, King Goodwill Zwelithini, was a direct descendent of King Cetshwayo who led the Zulu nation during the war with the British in 1879.

Throughout his 50 year-reign he was a strong advocate for preserving cultural identity.

As custodian of Zulu traditions and customs, he revived many cultural practices including Umhlanga – also known as the Reed Dance ceremony. Seen by some as patriarchal, the ceremony is said to be aimed at celebrating virginity among girls and young women and raising awareness about HIV/Aids in a province with some of the highest rates of infection.

South Africa’s president has described him as a “much-loved visionary”.

He will be remembered as a straight-talker, at times to the ire of some.

He was on occasion critical of the governing African National Congress (ANC), accusing it of mishandling the country.

In 2015, he controversially said foreign nationals must pack up and return to their countries – at the time his comments were blamed for fuelling attacks against foreigners in his province.

The king later said the comments had been taken out of context and described the attacks as “vile”.

He ruled the Zulu nation under the Traditional Leadership clause of South Africa’s republican constitution but his role was largely ceremonial.

He led the 11 million-strong Zulu nation – about 18% of South Africa’s population – but he also has family links to the Swazi and Xhosa nations through marriage and is respected by other cultural groups too.

He also took his cultural influence internationally as over the years he travelled to the West to promote trade and tourism for his home province of KwaZulu-Natal.

Who will be Zulu king now?
It is not clear who among the king’s 28 children will succeed him – this is something the Zulu royal family will be expected to advise on.