The Senior pastor of Awaiting The Second Coming Of Christ Ministry, Adewale Giwa has said that the days of President Muhammadu Buhari and his political party, the All Progressives Congress, APC, are numbered, and that nothing can stop God from rising against them.

Giwa also said that only people who don’t think rationally will continue to believe that the APC has the ability and capability to turn Nigeria around.

Giwa who stated this while addressing his members in Akure on Sunday, urged Nigerians who still expect sudden miracles from President Buhari to go to the Synagogue Church of All Nations.

According to the cleric, waiting for Buhari and the APC to put smiles on people’s faces is like expecting a woman who has gone through sterilization surgery to get pregnant.

Giwa said he knew President Buhari would disappoint Nigerians when his administration wasted more than two years to blame his predecessors.

“You are a fool, if you still think the APC government has something tangible for you. Work very hard to take care of your families because only God knows what will happen next.

“I knew President Buhari would perform woefully when he wasted two years to blame his predecessors.

“He criticised the previous governments as if he was not part of the system that brought calamity upon Nigerians.

“You know what? In history, I have never seen a heartless government like the APC. They do nothing for the poor than to oppress them with security operatives.

“President Buhari and leaders of the APC are mendacious politicians who got into power to suppress the will of the people.

“Many of you saw what they did to protesters in Lagos on Saturday. Their days are numbered, and nothing can stop God from rising against the oppressors.

“Nobody would believe that Nigeria is blessed with the number of Police personnel deployed to Lekki while criminal herdsmen continue to kill innocent Nigerians without bringing them to justice.

“Even some of the religious and political leaders who sold President Buhari to us knew he could not control his constituency let alone leading a nation.

“Do they talk now, I mean those who created this mess? They cannot, because of what they get from the government.

“The events that will rewrite the history of this country will happen in no time. The Lord shall see Nigerians through. May His peace reign forever and ever,” Giwa stated. 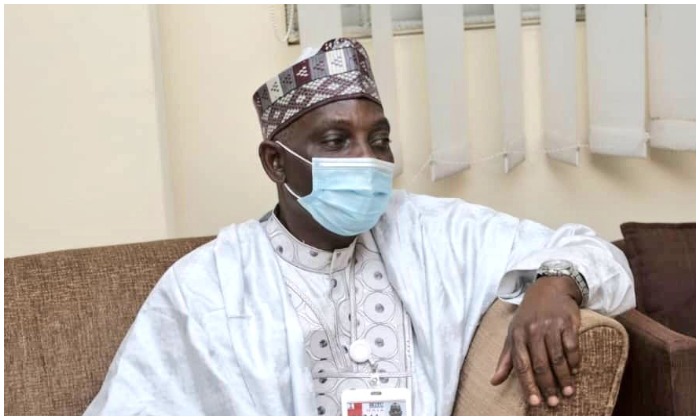 Ibrahim Idris, the Chief of Staff to the Minister of Aviation, Hadi Sirika, is dead.

The ministry tweeted, “Innalillahi Wa inna ilahi Rajuun, with total submission to the will of Allah, we announce the death of Dr. Ibrahim Idris Chief of Staff to the Hon. Minister Hadi Sirika last night.

“A hardworking, godly and simple (man). May Allah forgive him and grant him the highest rank in Jannah.”

In a short tribute to his departed CoS, Sirika also described Idris as a “honest, trustworthy, simple, warm godly” man.

“You lived to define how best to relate with people and serve Allah without show. May Allah the Merciful grant you Firdaus and grant us same when we come,” the minister tweeted.

Idris is expected to be buried later today in accordance to Islamic rites.