THISDAY learned that the latest conflict between the two communities occurred in the early hours of January 22, 2021, when some youths suspected to have come from Usaka Uko allegedly ambushed indigenes of Nkari.

In the attack, the people of Nkari were alleged to have been shot and their motorcycles carted away.

Similar incident occurred last August where 11 persons were allegedly killed and scores injured in both camps. 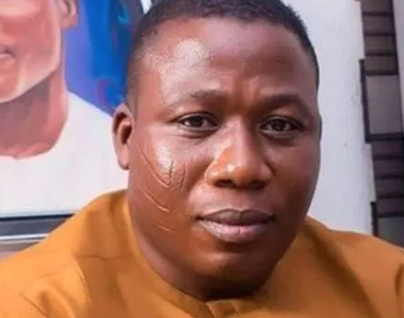 YORUBA activist Sunday Adeyemo (a.k.a Sunday Igboho) on Tuesday alleged that some Yoruba leaders were supporting criminal herders to perpetrate their nefarious activities in the Southwest.

He also alleged that such leaders supported those who burnt one of his houses in his Ibadan, Oyo State, in the early hours of Tuesday.

Igboho, who fielded questions from reporters in his damaged residence at Soka area, challenged those who have scores to settle with him to confront him, instead of setting his house ablaze.

“gboho said: “What is surprising to me is that I never expected that we Yoruba people should be in support of the evils being perpetrated by the herdsmen. I am surprised that the Fulani are killing our people in our own territory. They rape and kidnap our people.

“It is a terrible thing. So, I am trying to repel them. But, it is shocking to me that, despite the efforts that I am making some Yoruba people are supporting Fulani herdsmen to set my house on fire. It is so distressing and it saddens me.

“For now, I am not suspecting anybody. But, Yoruba people would say there is no action without a cause; it is a pointer to the fact that enemies within are at work. Inasmuch as I am their target they should have come to my house to confront me.

“I would have been able to pin some of them down to get to root of this. they wouldn’t have gone scot free. Now, they resulted to destroying my property.”