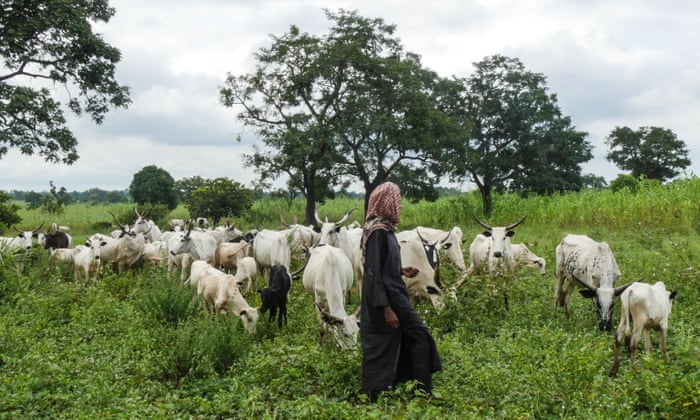 Trouble reportedly started when some herdsmen allegedly shot a member of Igga community in his farm and blocked sympathisers from taking the victim to the hospital.

It was gathered that the refusal to allow the wounded farmer get treated triggered rumpus that attracted members of ESN to the scene, leading to a showdown.

A source, however, said that it was amid the attempt to resuscitate the young man with bullet wound that some angry youths on motorcycles stormed the scene and started shooting at those barricading the farmer from receiving medical attention.

The ensuing fracas, The Guardian gathered, led to many residents of Adani, an agricultural community, fleeing the area to neighbouring communities in Nsukka and Igboetiti local councils.

Some residents of Adani, who spoke on condition of anonymity, claimed that hunters and even some local vigilante had encountered some unfamiliar faces suspected to be ESN personnel in the forests in the area, who told them that they were not after law-abiding residents.

The Commissioner of Police, Mohammed Aliyu, and other top security operatives in the state visited Adani yesterday for fact-finding at the scene of the incident.

The Police Public Relations Officer (PPRO), Daniel Ndukwe, who accompanied the CP on the mission, confirmed the incident and promised to make details available in due course. DAILY POST reported yesterday that the President is billed to depart Nigeria on Tuesday (today) for the United Kingdom for a medical check-up.

This news did not go down with many Nigerians, who described the trip as the highlight of the failure of the Buhari administration.

Here are some of the comments by Nigerians on Twitter:

@Yelesowore, “Pres. Muhammadu Buhari proceeds to London, the United Kingdom, Tuesday March 30, 2021, for a routine medical check-up. After more than 6yrs in office, failed @MBuhari must go to London to recharge! #BuhariMustGo

@Negusdafidi, “President Buhari can’t have his medical routine done in his country. ‘E wan be like say the country is hard for Grandpa with many promises.’ Both Masses and ‘Elite’ can’t boast of an excellent health care system. SEGUN EYERINZE sef dey take us catch cruise. POLI-WOOD.

@Austin_2008, “When Coronavirus was so deadly, and when he hadn’t taken any vaccine, he never went to the UK. That’s since 2019. Now he has vaccinated himself and wants to resume medical trips he never did all these while. It’s well.”

@Willy_obinna, “Medical check up for two weeks?.the clone is about to collapse …they need to change it to max special…Nigeria my brodas…afro cinema continues shortly.”

@Ruhboy85, “Now that the curve of Coronavirus has been flattened, ‘Bubu’ has resumed his travelling duty. If he doesn’t know anything, at least he knows how to travel.”

@Omo_Capt, “Least I forget, when Boris Johnson was in ICU did he fly abroad or was treated in his own country? This shows how the Buhari led administration has abandoned the Government hospitals, even the clinic in the villa.”

@Nudeh_Nudeh, “I wish the so-called COVID-19 lockdown could be announced across the EU nations now, to stop this medical tourism and waste or national resources.”

@OObembe, “It is a terrible thing that the president of a country can not depend on his country’s healthcare. Let’s stop this hypocrisy called Nigeria.”

@Victor_Nyakundi10, “He has failed to develop Nigerian hospitals into world class facilities. He can afford London out of the public money (tax).So so unfortunate.”