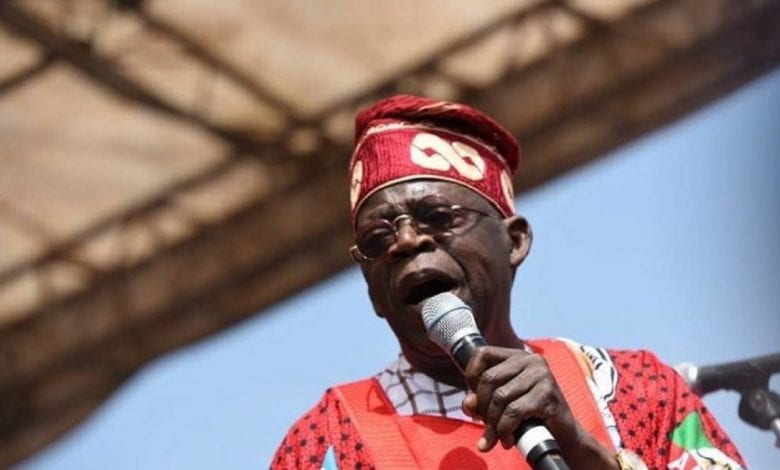 As the 2023 election gathers steam, James Faleke, the member representing Ikeja Federal Constituency at the House of Representatives, has been appointed by Asiwaju Bola Ahmed Tinubu as the Secretary of the Presidential Campaign Council.

POLITICS NIGERIA reports that Faleke, alongside other top members of the ruling All Progressives Congress (APC), formed the Tinubu Support Group (TSG) in 2019, to propagate the presidential ambition of the former Governor of Lagos.

He also been a close ally of the presidential hopeful, often on his entourage to political meetings across the country. His appointment was confirmed on Thursday. Kogi-born Faleke who started his political career as an Executive Secretary of a Local Government became a two term Chairman of Ojodu Ojodu Local Council Development Area (LCDA) between 2004 and 2010.

He was a first-term member of the House of Representatives in 2011-2015, before being re-elected in 2015 after serving as the Lagos State Coordinator of Muhammadu Buhari/Yemi Osinbajo Campaign Organization. Faleke is currently serving his third term in the Green chamber.

At least six people have been reportedly killed in a fresh attack on Mbagum community of Tombo Council Ward in Logo Local Government Area of Benue State.

Our correspondent reports that the attacks occurred simultaneously on Wednesday night in the two villages of Tse Ngojov and Tse Valem Yaweh in Mbagum community. A Logo community leader, who did not want to his name on print, said the attack occurred at about 9:00pm on Wednesday.

The injured, according to the community leader, were immediately taken to the nearest Government hospital in Ayalimo, a town in the affected LGA. Special Adviser to Governor Samuel Ortom on Security, Lt. Col. Paul Hemba (rtd.) who confirmed the incident to journalists in Makurdi on Thursday, said the Council Chairman, Salome Tor, had earlier briefed him on the incident.

Hemba said Ortom had directed that the wounded be moved to the Benue State University Teaching Hospital (BSUTH) in Makurdi for further treatment while arrangements should be made the burial of the dead.
Contacted, the Police Public Relations Officer (PPRO), SP Catherine Anene, said she was yet to receive any report about the incident.