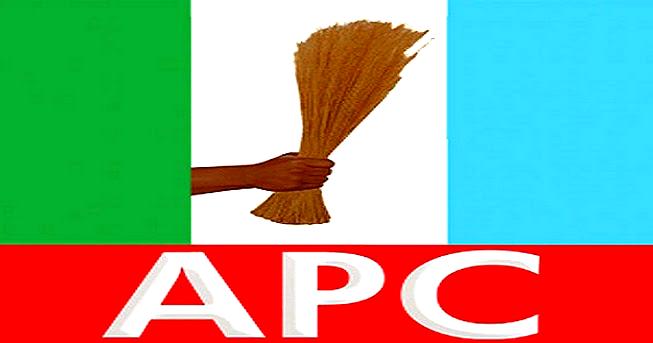 FRESH crisis is brewing in the Anambra State branch of the All Progressives Congress, APC, with a section of the party’s stakeholders announcing the suspension of the state chairman of the party, Chief Basil Ejidike. But the embattled chairman said those involved were renegades who left the party after the primaries that nominated Senator Andy Uba Following the controversial primaries rejected by most the party’s governorship aspirants, some of the stakeholders refused to join Senator Uba in the campaign on the allegation that the primary was not credible.

Chief Okonkwo Okom, who announced the suspension of Ejidike said a new chairman would assume office as soon as possible.

He said that Ejidike’s issue had been referred to the national headquarters of APC for further action.

Okom said: “As a result of the refusal, neglect or inability of the caretaker committee chairman of All Progressives Congress (APC) in Anambra State, Mr Basil Ejidike, to convene a meeting of the State Executive Committee or state congress of the party to tackle pressing and urgent party matters, despite repeated statutory demands to that effect as stipulated by the APC Constitution, the state congress of the party jointly convened by not less than two thirds of the members of the State Executive Committee and not less than two thirds of the 21 local government area chairmen with the mandate of the 326 Ward chairmen in Anambra State, held at the grounds of FINOTEL Hotel, Awka, attended by the Ward chairmen, LG chairmen, members of the State Executive Committee, stakeholders and all card-carrying members of the party across the state, the following resolutions were duly proposed and unanimously passed.

*That Mr Basil Ejidike be and is hereby suspended forthwith from office as the caretaker chairman of APC in Anambra State, pending his appearance before a disciplinary/ fact-finding committee of the party.

*That the next most senior available official of the party in the state is mandated to convene an emergency meeting of the State Executive Committee in consultation with the leader of the party in Anambra State, His Excellency, Dr Chris Ngige within the next 14 days from the date hereof to discuss the modalities for strengthening and repositioning the APC and for moving the party forward in Anambra State.

*That Mr Basil Ejidike shall be referred to the disciplinary/fact finding committee of the party in the state as prescribed by the APC Constitution to answer to charges of abuse of power and office, diversion and conversion of party property, flagrant sabotage, subversion and breach of the party’s Constitution, insubordination and disrespect to the office and person of the President and Commander-in-Chief of the Armed Forces of Nigeria, embezzlement and misappropriation of party’s funds, among other charges”.

He added that as required by the party’s Constitution, the resolutions passed shall be immediately transmitted to the National Caretaker and Extra Ordinary Convention Planning Committee (CECPC) for immediate implementation”.

But Ejidike said in a telephone interview that the people have no capacity to suspend him.

He said: “They are not members our party. They are renegades who left the party after the primaries.

“They can’t suspend me As I’m talking to you, I am at the national secretariat of our party in Abuja. Their claim is laughable.

“What is the position of the person that convened the meeting that sacked me. They are trying to see if they can instigate crisis in our party. That is their only interest”. The Defence Headquarters has said Nigerian troops eliminated more than 128 bandits and arrested 64 others in different operations across North West and North Central zones in the past two weeks. Acting Director, Defence Media Operations, Brig.-Gen. Bernard Onyeuko, disclosed this while giving updates of military operations between Nov. 11 and Nov. 25 on Thursday in Abuja.

Onyeuko said the troops of Operation Hadarin Daji eliminated 118, arrested 12 criminal elements and rescued five kidnapped victims across the theatre within the period.

He added that 26 assorted arms and 194 rounds of 7.62mm ammunition were recovered within the period in focus.

According to him, troops executed series of land and air operations at Runka and Nasarawa villages in Safana Local Government Area and Kaiga Mallammai village, all in Katsina State.

He said that three men – Alhaji Lawal Auwalu, Ibrahim Tayo and Dahiru Abubakar – suspected to be providers of logistics to bandits s were arrested.

“Within the period in focus, several airstrikes were executed on bandits’ enclaves, which inflicted heavy casualties on the bandits.

“These include a location where a bandit kingpin, Bello Guda Turji, his subordinate commander, Bello Buza and other foot soldiers operating within Sokoto and part of Zamfara State, use as camp.

“The airstrikes resulted in the neutralisation of scores of armed bandits, including their key leaders and foot soldiers as well as destruction of their structures, equipment, weapons and logistic supplies.

“Troops have continued to heighten aerial patrols across the theatre to deny bandits and other criminal elements freedom of action in the zone,” he said.

In the North Central, Onyeuko said that the troops of Operation Safe Haven rescued some kidnapped civilians and arrested criminal elements.

He said one of the arrested elements was John Paul, who deals in weapons and owns a mini factory where he fabricated arms and ammunition.

According to him, troops also recovered six assorted arms, 13 rounds of 7.62mm as well as several sacks of cannabis sativa and 200 livestock among other items in parts of Plateau and Kaduna states.

He added that the Headquarters of Whirl Stroke, had continued to engage communities in peace meetings across Benue, Nasarawa and Taraba states as part of non-kinetic efforts to tackling insecurity.

Onyeuko said the kinetic effort led to the killing of seven bandits, arrest of seven and rescue of five kidnapped victims during the period.