BREAKING: Protests in Nnewi over unavailability of result sheet According to them, the original result sheets were not brought by electoral officials.

A Peoples Democratic Party (PDP) member, Chima Christian, told our correspondent: “We have refused the commencement of accreditation/voting because the INEC officials did not come with original result sheet.

“Until we sight the election result sheet, voting will not commence.

“Those preparing to write election results in their hotel rooms will meet their waterloo today,” he said 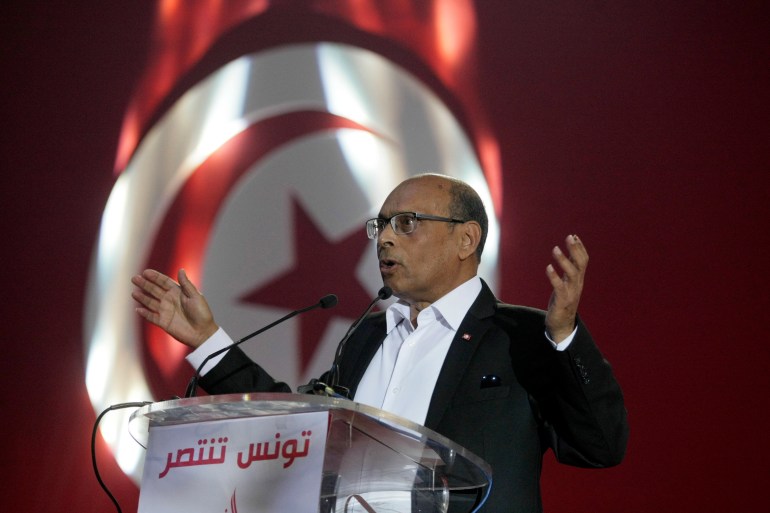 Tunisia has issued an international arrest notice against former President Moncef Marzouki, state news agency TAP reported, a month after he called on France to end support for the administration he dissolved in July.

President Kais Saied in October ordered the justice ministry to open an inquiry into 76-year-old Marzouki, days after the ex-leader urged France not to support Saied’s “dictatorial regime”.

State television did not give any reasons for Thursday’s warrant, and the prosecution was not immediately available for comment. Marzouki told Al Jazeera he was not surprised by the arrest warrant and called it “a threatening message to all Tunisians”.

Marzouki has emerged as a vocal critic of Saied, who on July 25 sacked the government, suspended the legislature and seized control of the judiciary, later moving to rule by decree in the North African nation.

He has used media appearances to accuse Saied of carrying out a coup.

Marzouki, who was president from 2011-2014, told anti-Saied demonstrators in Paris in October that Saied had “plotted against the revolution and abolished the constitution”.

Days later, Saied accused “traitors that seek refuge overseas” of threatening Tunisia’s sovereignty, ordered the enquiry against him and revoked his diplomatic passport.

“He is the greatest enemy of Tunisia,” Saied said.

Marzouki, who lived in exile in France for 10 years during the rule of strongman Zine El Abidine Ben Ali, responded that he was “not concerned by any decision issued by these illegitimate authorities”.

In a Facebook post, he slammed “a nascent dictatorship in which the dictator is confused with the nation, recalling the Ben Ali regime, under which opposing the dictator was considered treason”.

He also accused Saied of importing the “Egyptian model” of President Abdel Fattah al-Sisi, who took power in 2013 after leading the military’s overthrow of former President Mohamed Morsi.