The Anambra State governorship candidates of the All Progressives Congress, Andy Uba; the All Progressives Grand Alliance, Chukwuma Soludo, and Valentine Ozigbo of the Peoples Democratic Party (PDP) have expressed their views about the agitations and detention of the Indigenous People of Biafra, Nnamdi Kanu.

The candidates spoke during an election debate on Monday organised by the Arise Television.

According to Ozigbo, the PDP candidate, Kanu, the detained IPOB leader, was a product of leadership failure.

Soludo who was the Governor of the Central Bank of Nigeria during the tenure of former President, Olusegun Obasanjo, also said, ” I am on record speaking, I visited Nnamdi Kanu in 2016 in Kuje prison, with prominent people to ask for his release in line with a court order.”Dialogue is the best solution to the IPOB issue, noting that IPOB deserves to be heard; dialogue,” he said.

However, Ozigbo said that Kanu is a product of leadership failure. He also called for dialogue and Kanu’s release. He pointed out that there were certain things about IPOB that he did not support such as the group’s extremism.

Meanwhile, Uba asserted that he believed in engagement, stressing that the agitation was as a result of joblessness.
Uba declined supporting or condemning the group. He said engagement was the right step to take.
IPOB had declared a one week sit-at-home protest across the South-East states starting from November 5, the eve of Anambra governorship election.

The group said the protest was aimed at prevailing on the Nigerian government to release Nnamdi Kanu.
It vowed that the protest would go on as planned if Kanu was not released before November 4.
Kanu is facing trial on a seven-count amended charge bordering on treason and terrorism.

The Nigerian government had blamed the IPOB leader for the murder of Dr. Chike Akunyili, the husband of a former Director-General of the National Agency for Food and Drug Administration and Control, late Prof. Dora Akunyili.
A Presidential committee set up by the President had also accused Kanu of being responsible for the murder of a former presidential aide, Ahmad Gulak, and over 184 others in the South-East.

About 12 killed, 52 injured in weekend mass shootings in the US 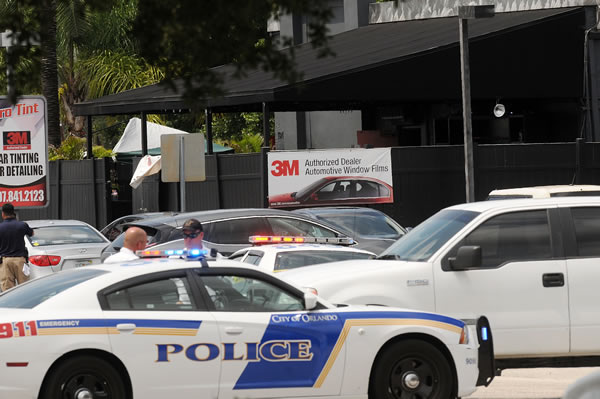 Two people were killed and at least another dozen were injured as shots rang out at a house party in Illinois where people were gathering for Halloween.

It was one of at least 11 mass shootings in the US over the holiday weekend, including several at places where crowds had assembled.

The violence left at least 12 people dead and another 52 injured, according to CNN reporting and analysis of data from Gun Violence Archive and local news and police reports. CNN defines a mass shooting as an incident with four or more people killed or wounded by gunfire, excluding the shooter.

The number of mass shootings in the US increased during the coronavirus pandemic. There have been 599 mass shootings so far this year, according to the archive. There were 611 in 2020 and 417 in 2019, the group said.

The increase in mass shootings during the pandemic is consistent with the notion that the violence may be influenced by social and economic factors, researchers have said.

Over the weekend, gunfire erupted at house parties, a boxing event and on the streets. These are the mass shootings that took place across seven states.