At least 17 people were killed in two separate incidents within Somalia as the country anxiously waited for maritime border dispute judgment by the International Court of Justice [ICJ] at The Hague, in which Somalia emerged victoriously.

In the first incident, according to Al-Shabaab at least 12 security officers were killed in Deynile district, north of Mogadishu after an explosion hit their vehicle, also leading to multiple injuries. The officers, reports indicate, were on regular patrols of the area at the time of the incident.

Those killed are mainly from the Somali National Intelligence and Security Agency [NISA], which is trying to expand operations within the country after Al-Shabaab intensified attacks.

The bombing comes amid uncertainty over the future of African Union Mission Forces [AMISOM]. There are questions whether AMISOM should be reconfigured or form a joint mission with the UN.

There are ongoing military operations in Lower Shabelle, a major Al-Shabaab stronghold but the union forces have often tried to liberate several strategic towns from the militants. Through their affiliate media websites, the Al-Shabaab militants claimed responsibility for the attack.

Meanwhile, a suicide bomber killed five civilians and injured 6 in a teashop in Mogadishu. The incident took place at Fagah intersection in Mogadishu shortly after the ICJ decision came out, reports indicate.

While it’s not clear if the matter is related to the ICJ judgment, Al-Shabaab militants who claimed responsibility, have previously accused Kenya of “grabbing” the Indian Ocean coastline and even threatened to attack authorities in Kenya.

The militants have been waging attacks against security forces, senior government officials, and at times innocent civilians. It’s the security forces both foreign and SNA who have borne the brunt of Al-Shabaab attacks in Somalia and across the border.

The two attacks come at the time Somalia rejected a proposal by the African Union Peace Committee to have a hybrid mission activated in Somalia. Under the arrangement, the mission between the UN and AU would see the deployment of more troops to Somalia.

Instead, Mogadishu wants the African Union to rescind the proposal and focus on the full implementation of the Somali Transition Plan [STP]. Once implemented, the plan would see Somali National Army take over security responsibilities in the country by 2023.

Chile opposition moves to impeach the president over Pandora leaks 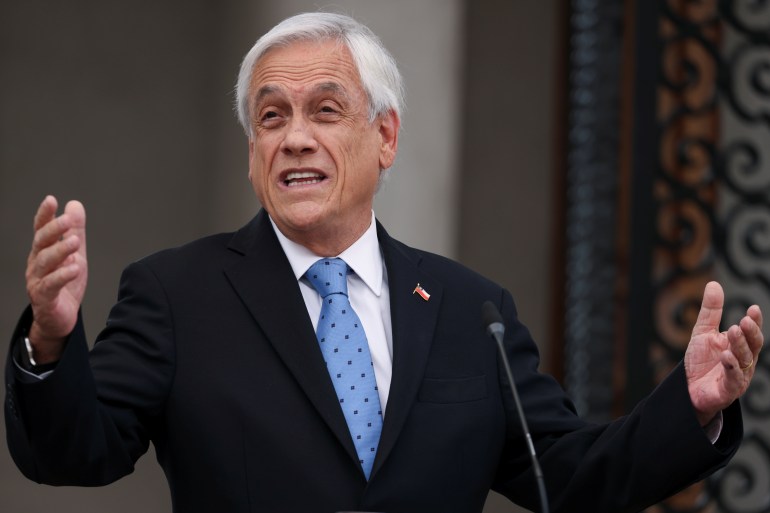 Opposition lawmakers in Chile have launched impeachment proceedings against President Sebastian Pinera over the controversial sale of a mining company through a firm owned by his children after new details emerged in the Pandora Papers leaks.

Pinera used “his office for personal business”, Congressman Tomas Hirsch said on Wednesday as he presented the accusation in the lower house of Congress, the first step in an impeachment process that could last for several weeks.

The move comes after Chile’s public prosecutor said this month it would open an investigation into possible bribery-related corruption charges, as well as tax violations related to the 2010 sale of the Dominga mine, which took place during Pinera’s first term in office.

The probe was prompted by the Pandora Papers leaks, a vast trove of reports on the hidden wealth of world leaders researched by the International Consortium of Journalists (ICIJ).

The Pandora Papers linked Pinera to the sale of Dominga, a sprawling copper and iron project, through a company owned by his children, to businessman Carlos Delano – a close friend of the president – for $152m.

It said a large part of the operation was carried out in the British Virgin Islands.

In addition, it said a controversial clause was included that made the last payment of the business conditional on “not establishing an area of environmental protection in the area of operations of the mining company, as demanded by environmental groups”. That decision falls within the remit of the Chilean president.

Pinera, one of the richest people in Chile, has denied any wrongdoing, saying the sale had previously been examined and dismissed by courts in 2017. “As president of Chile, I have never, never carried out any action nor management related to Dominga Mining,” he said last week.

But another opposition Chilean legislator, Jaime Naranjo, one of the drivers of the impeachment proceeding, said Pinera had “openly infringed the Constitution … seriously compromising the honour of the nation”.

Now Chile’s Chamber of Deputies, controlled by the opposition, will have to decide whether to approve or reject the indictment. A vote that will take place the first week of November, congressional sources explained to the AFP news agency.