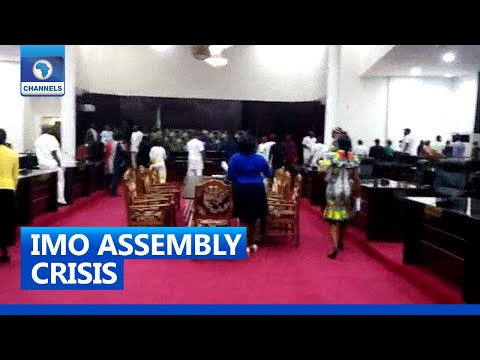 There were sporadic gunshots and pandemonium at the Imo State House of Assembly on Thursday following the suspension of six lawmakers by the Speaker, Paul Emeziem. He suspended them over alleged unparliamentary conduct. The House also removed the Chief Whip, Authur Egwim, (Ideato North, APC), and replaced him with Obinna Okwara (Nkwerre, APC).

Sources told Channels Television that four All Progressives Congress (APC) lawmakers and two from the Peoples Democratic Party (PDP) were among those suspended. 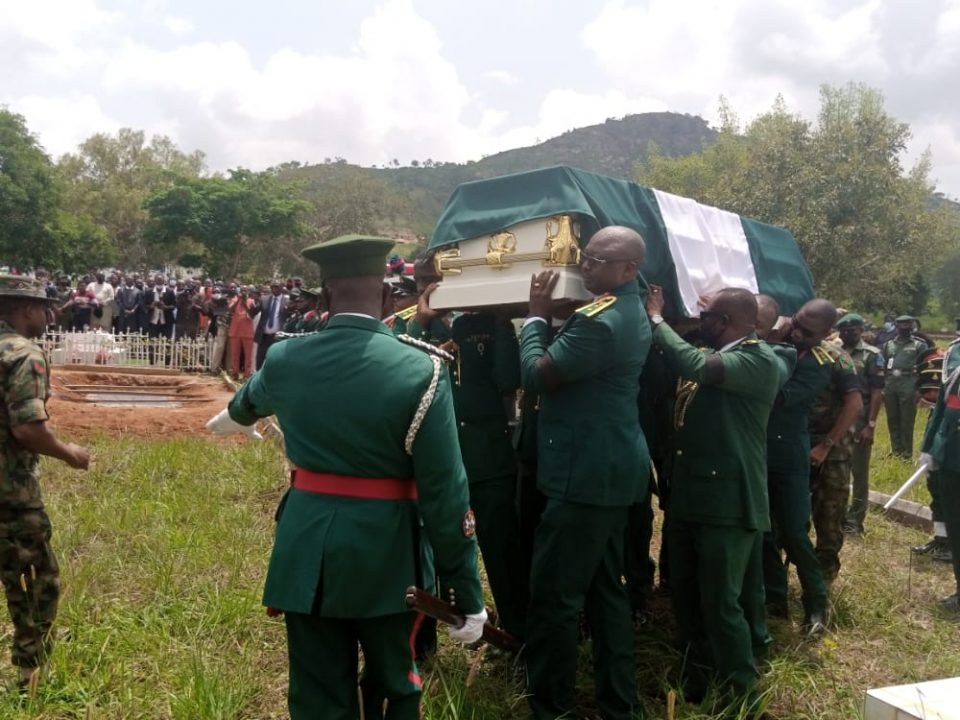 Tears flowed freely on Thursday as the remains of the Commander, Counter Insurgency Operations in Maiduguri, Col. Husseni Sankara, were laid to rest at the Guards Brigade Cemetery in Abuja.

Sankara, it was gathered, sustained injuries after stepping on a land mine in Dikwa, Borno State, on May 30, 2021.

He was said to have been flown to a military facility in Maiduguri where he received first aid before he was moved to Cedar Crest Hospital in Abuja on June 4.

Sankara, however, succumbed to his injuries on July 1.

Reading his citation at his graveside, Col. Adegoke Lawal described the late commander as an articulate, dedicated, loyal and hardworking officer.

“He was also a calm, firm but fair officer with a good sense of responsibility. He was a forthright and intelligent officer who was committed to his duty. He had a remarkable conduct which earned him several medals in the Nigerian Army.” 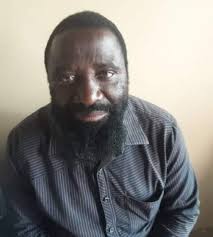 A Zambian Pastor popularly known as Bishop Simutwe is dead. Naija News learnt that the clergy is survived by thirty-two (32) wives, five hundred and fifty-two (520) children, and one thousand three hundred (1,300) grandchildren. Reports revealed that Simutwe while he was still alive, usually have sex with at least ten of his wives in a single day.

With this energetic sex life, Simutwe died at the age of 68 leaving behind an army of over 500 offspring.

Kebby Muteteteg, a close family of the deceased who spoke of his lifestyle, said the Pastor was of the Zion Church in Choma District.

He said his late brother-in-law, had a total of 47 wives, but only 32 at the time of his death.

Simutwe would advise the last woman to alert the next one to enter an apartment for some timed mouthwatering love making session, similar to how clients take turns seeing their doctor.

The late Bishop, according to Mutetete, was laid to rest in Siankope village, Choma district, along the Masuku road Zambia.

He has now expressed gratitude to the church for donating to his burial and purchasing a K28, 000 casket for him.

nknown gunmen have abducted a popular politician and chieftain of the All Progressives Congress (APC) in Bauchi state, Alhaji Uba Boris.

It was gathered that Boris was accosted by the gunmen at the CBN roundabout close to the AA Rano filling station along the Federal Lowcost road in the state capital around 8 pm on Wednesday.

File Photo
They were said to have trailed the APC chieftain on two power bikes until they got to the Nassarawa gate where they stopped his car after firing rounds of gunshots to scare people away.

The gunmen, it was learnt, dragged the politician down from his car, bundled him into a waiting vehicle and drove off while firing shots into the air.

Calls put across to the Police Public Relations Officer (PPRO) in the state, Ahmed Mohammed Wakil were not answered nor returned.

Special Assistant to the President on Social Media, Lauretta Onochie revealed she is being attacked over her nomination as INEC national commissioner.

According to Mrs Onochie, she is not partisanship is her “blood” and had followed due process before she was appointed.

In her opening remark during her screening as INEC national commissioner nominee by the Senate Committee on INEC, Onochie stated that she follows the law and that no one has the any reason to fear her nomination.

“I’ve no partisanship in my blood. I have seen many petitions against my nomination not only from the PDP, but also from some APC members.

“I’m not partisan. They know. It is about the law. No one has any reason to fear for my nomination as INEC commissioner representing Delta. As far as I’m concerned, I’m madam due process. That’s why all the attacks. I follow due process, I follow the law.”